EAMONN Holmes was savagely mocked by guest Gyles Brandreth on This Morning today.

The Celebrity Gogglebox favourite called Eamonn's wife Ruth Langsford the host's "carer" after he made an awkward blunder on air. 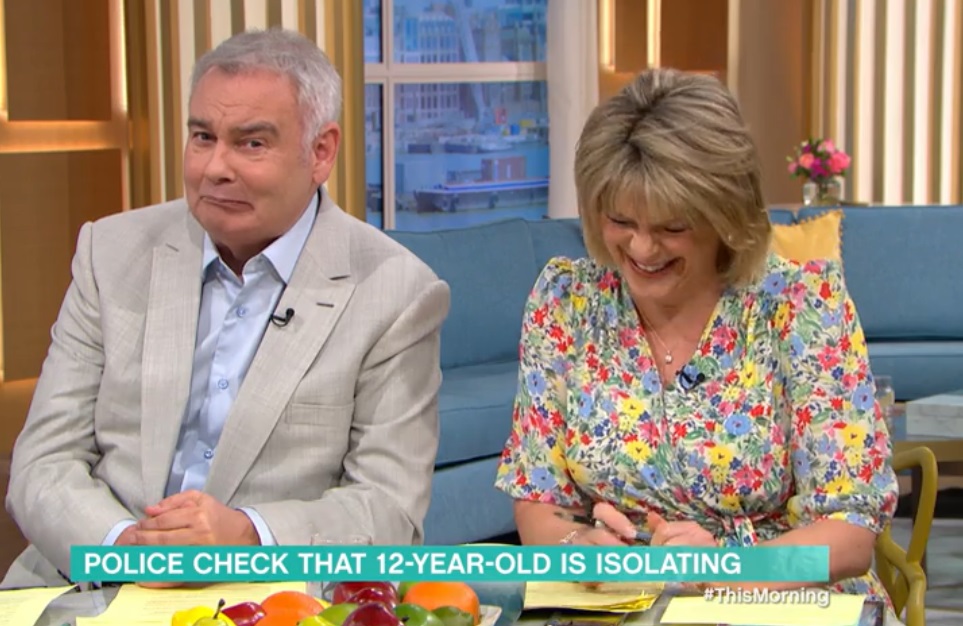 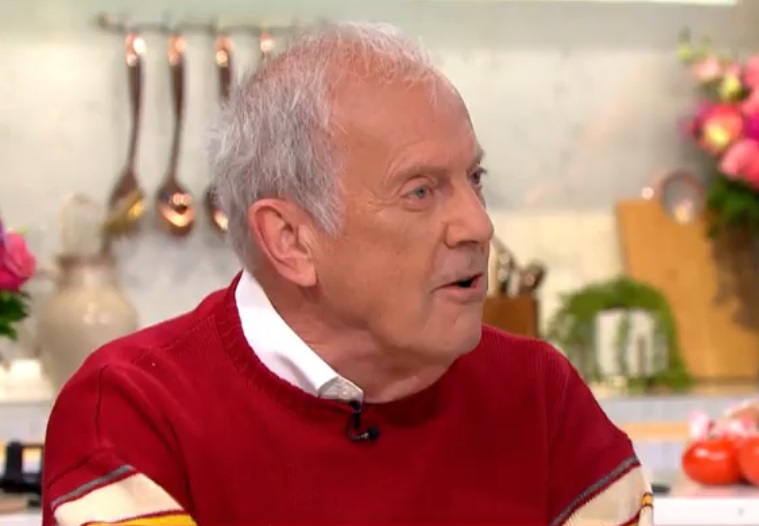 Ruth, 61, giggled as she went along with the teasing – with 61-year-old Eamonn also seeing the funny side.

Referencing Gyles' show Great Canal Journeys, Eamonn said: "I'm getting carried away with you and Sheila Hancock on that canal boat on Channel 5…"

Gyles interrupted: "It's actually Channel 4…" he then gestured at Ruth as he playfully joked: "Ask your carer to use the thing, it's called a channel-changer.

"It's [on] just before Gogglebox, on which you also feature."

Have you told him he's on Gogglebox?"

Gyles asked Ruth: "Have you told him he's on it?"

Ruth chuckled as she turned to her husband and loudly shouted: "You're on it, dear!"

Eamonn sheepishly laughed as he tried to move the conversation along, correcting: "My point is [the show] brings us to a different life and slower pace."

There was outrage last year when Alison Hammond and Dermot O'Leary took over the married couple's regular Friday slot on This Morning, and fans were delighted by their return to the show this week.

Eamonn and Ruth have stepped in while Alison and Dermot, and Monday – Thursday hosts Holly Willoughby and Phillip Schofield enjoy their summer break.

They will be presenting the daytime programme throughout the summer, with Holly and Phil due to return on August 31, 2021 – the day after the summer bank holiday. 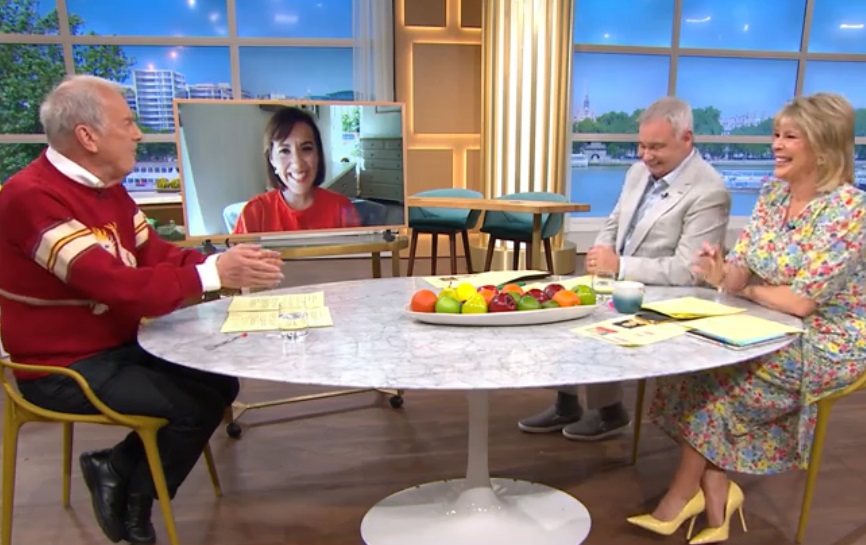