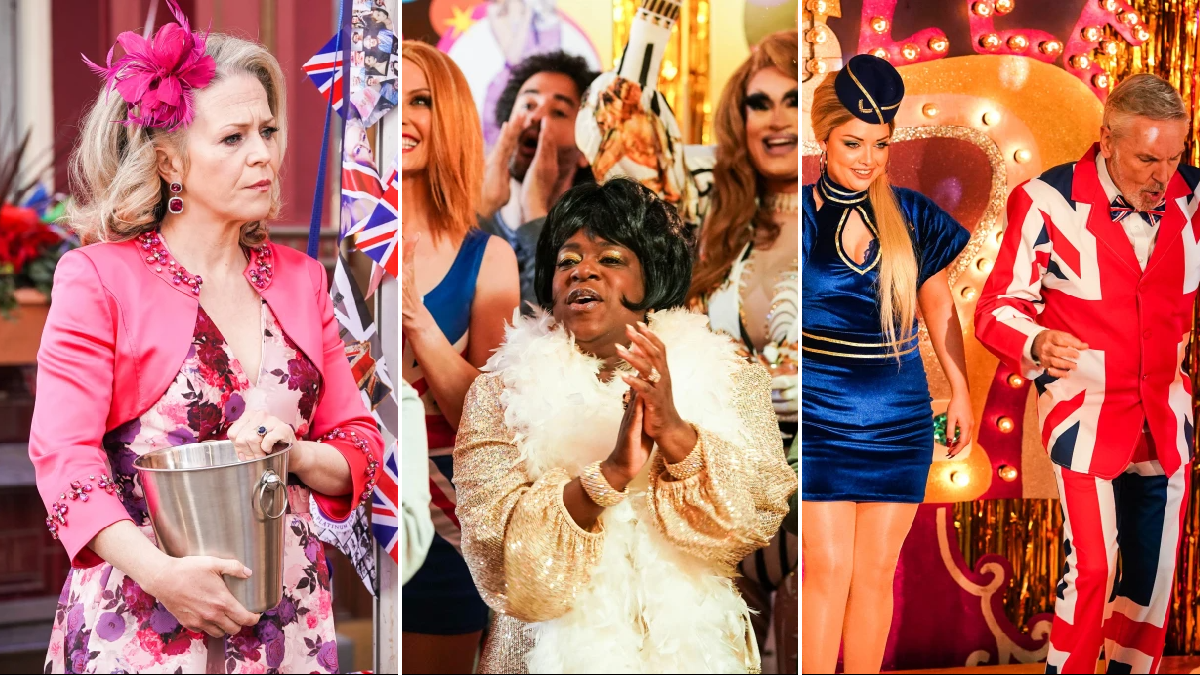 The Prince of Wales and The Duchess of Cornwall will pay a visit to Albert Square in upcoming EastEnders episodes as part of the Queen’s Platinum Jubilee celebrations.

As Walford residents spend the week putting the final touches to their street party plan, Thursday is the day that sees Prince Charles and Camilla arrive in Walford.

With characters enjoying the Jubilee celebrations, over at The Prince Albert, Mick (Danny Dyer) decides to share some words for Tina before the talent contest gets underway.

Outside, the partygoers can’t believe their eyes as Mick and Linda’s (Kellie Bright) special guests turn out to be Charles and Camilla.

In complete awe, Mick and Linda introduce Their Royal Highnesses to everyone and share a toast to Her Majesty the Queen.

Following the filming of this special episode, Chris Clenshaw, Executive Producer said: ‘We at EastEnders are all so incredibly grateful that The Prince of Wales and The Duchess of Cornwall came to visit EastEnders as we filmed our special episode that shows the residents of Albert Square celebrating the Queen’s Platinum Jubilee, just as those around the country will be doing this summer.

‘We cannot thank them enough for taking the time to come to Walford, this is one moment that will go down in EastEnders history as we all celebrate 70 years of Her Majesty’s reign. Today was truly an honour.’