EastEnders fans were thrilled when Denise Fox (played by Diane Parish) and Jack Branning (Scott Maslen) got married on Christmas Day last year after a bumpy romance which saw the couple split before being reunited. However, the couple’s marriage may hit a rocky patch when Denise grows jealous of her husband’s relationship with Chelsea Fox (Zaraah Abrahams).

EastEnders fans will remember Chelsea enjoyed a romance with Jack several years ago.

Their history was addressed briefly when Chelsea returned to Walford in 2020.

Despite attempting to seduce him in a bid to cover up her crimes not long after returning, she made it clear she wasn’t seriously interested in Jack and was thrilled when he proposed to Denise.

However, Denise may begin to suspect there’s something going on between her husband and daughter in upcoming scenes. 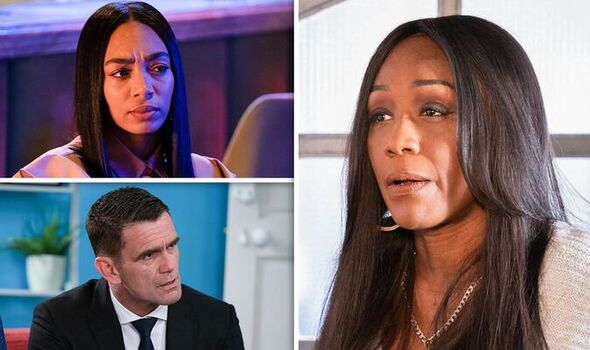 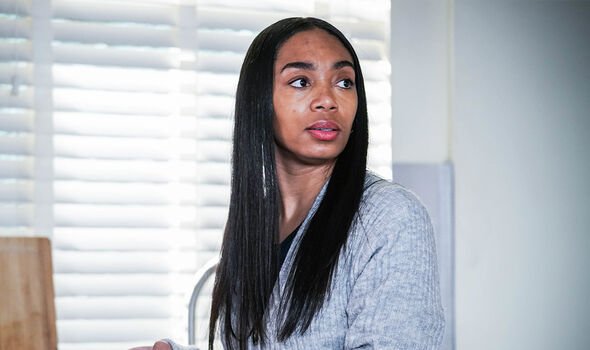 He delivers bills to an anxious Chelsea who feels she’s unable to ask for Denise for help.

Chelsea’s washing machine breaks but the young mum can’t afford to fix it.

She’s forced to use Denise and Jack’s washing machine in secret but is caught out by the latter. 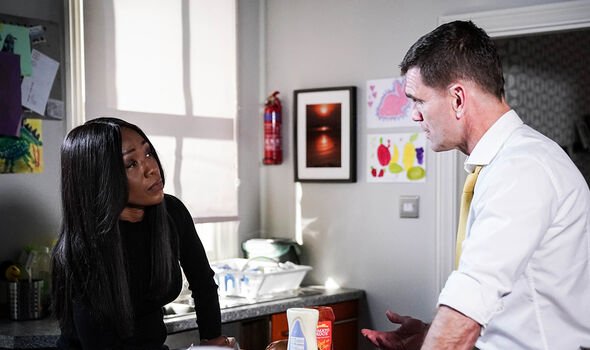 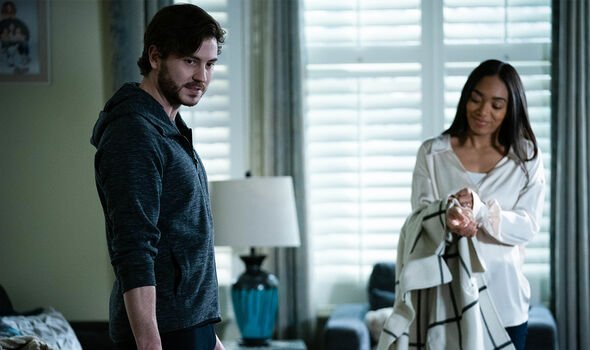 Jack offers to give Chelsea some money so she can fix the broken appliance but suspects she’s afraid of Denise finding out.

He agrees to keep it between the two of them while urging her to do what she can to improve her finances.

Later in the week, a desperate Chelsea turns to Jack for more help but he turns her down.

He tells her her can’t give her any more money without raising suspicion from Denise.

Denise walks in on the pair talking and immediately notices their closeness.

Jack suggests Chelsea should consider renting the rooms in her house to make some extra money.

Unaware of her daughter’s financial problems, Denise is annoyed by the warm exchange.

Will she begin to suspect that sparks are flying between the former lovers?

Chelsea is still adjusting to life as a new mum after the conviction of abuser Gray Atkins (Toby-Alexander Smith).

After bravely standing up to the master manipulator, Gray was arrested for his crimes and is currently serving a prison sentence.

The young mum has yet to move on from her husband and is focusing on raising her baby boy.

Once she gets a grip on her financial problems, will Chelsea meet someone new?

EastEnders airs on BBC One from Monday to Friday at 7.30pm.