Zoe Ball was joined by some of the EastEnders cast this morning on BBC Radio 2 to talk about all the backstage gossip in the hopes of finding out who will meet a bitter end next week. The radio host was joined by Max Bowden, Kellie Bright, Diane Parish, Natalie Cassidy and Tony Clay, but could Martin Fowler about to abandon Stacey Slater (Lacey Turner) for good and throw himself into another romance with Sonia (Natalie Cassidy).

As viewers know, EastEnders will be celebrating in style in a week of drama as they hit their 35th anniversary.

It has been confirmed one iconic character is set to die, but who will it be?

At Christmas, the Mitchell boys put out a hit on Keanu Taylor (Danny Walters) and enlisted Martin Fowler to shoot the adulterer after it was revealed he had been having a sordid affair with Sharon Mitchell (Letitia Dean).

But when a drunk Linda Carter (Kellie Bright) stumbled in on Martin holding a gun to Keanu’s head, the two decided to let him go if he promised never to return.

However, Keanu returned this week and is looking to take the ultimate revenge on both Ben (Max Bowden) and Phil Mitchell (Steve McFadden), but could it be one of them that meets their end? 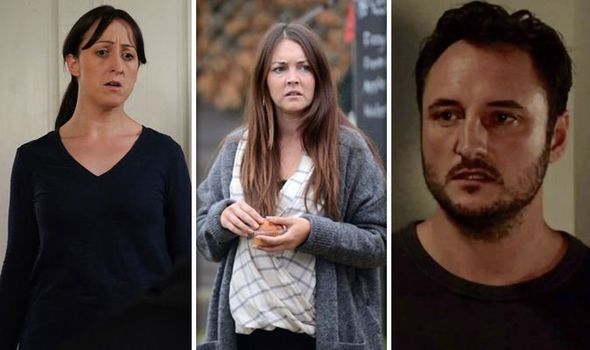 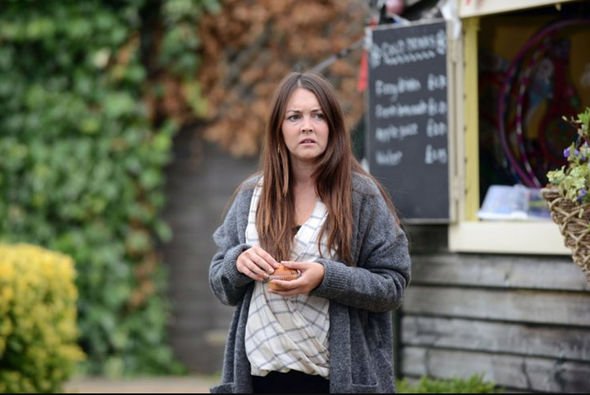 The cast joined Zoe Ball on her morning show, but a couple of them revealed Sonia and Martin’s relationship could be about to heat up once again.

Not only did Martin have the Mitchell’s on his back over Christmas, but he also was involved in a hit-and-run after getting involved in some dodgy dealings.

As viewers know, this isn’t the first person Martin has killed after hitting someone with his car – Jamie Mitchell (Jack Ryer) was killed on Christmas Day in 2002, leaving Sonia heartbroken.

But this time when he hit the man, he was led into Sonia’s arms for comfort and the two shared a kiss. 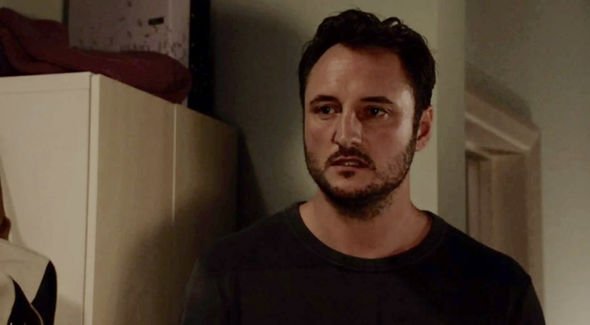 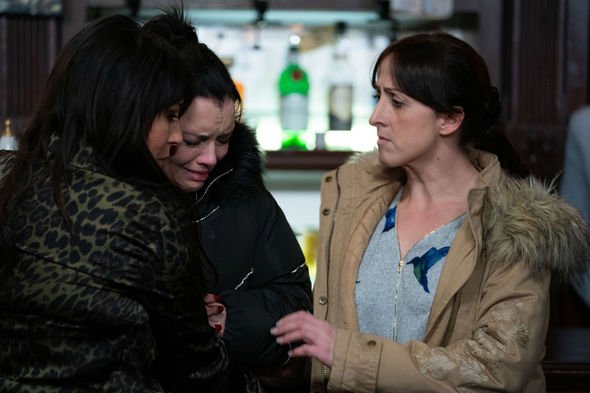 Stacey was forced to leave Albert Square last year after Phil was brutally attacked after she was revealed as his attacker after hitting him over the head with a wrench.

Zoe wanted to what Sonia’s future looked like and listeners heard her as: “Natalie, let’s talk a little bit about Sonia.

“Why isn’t she looking out for Whitney? He’s in her loft for God’s sake.”

Zoe was of course talking about Whitney Dean (Shona McGarty) who is unknowingly under attack by her rapist Tony King’s (Chris Coghill) son, Leo King (Tom Wells), who is currently living in her loft.

Natalie replied: “I know, it’s brilliant, isn’t it? The place she feels safest and he’s up there it’s like a horror film at the moment.”

Zoe chipped in: “He’s (Tom Wells) doing brilliantly. And what’s going to happen with Martin, I mean there’s just so much going on. Can you tell us?”

Zoe continued: “Sonia and Martin, yes please and then what about Stacey you know?”

Kellie interrupted once more saying: “She’s not there at the moment though.”

Zoe concluded: “She’s not, she’s not. I wonder how long she’ll be gone for.”

There are many surprises set for viewers next week, but will Martin be hunted down by Phil and Ben?

Not only this, could Stacey be ready to make a shock return during the 35th anniversary special?

The drama kicks off on Monday when Linda and Mick win a ‘best Pub’ award, but who will make it through the week?

EastEnders continues on BBC One tomorrow at 8pm.