EastEnders fans were shocked to see Mitch Baker (played by Rodger Griffiths) turn up on the Square back in 2018, but no one was more surprised than his ex-partner Karen Taylor (Lorraine Stanley), who together they shared Chantelle Atkins (Jessica Plummer) and Keegan Baker (Zack Morris) with. Within days of being reunited, those watching at home saw Mitch and Karen reignite their romance, despite the whole family being firmly disgusted by the idea. Since then, the pair have had a strange dynamic, but more recently Karen found happiness with Billy Mitchell (Perry Fenwick). Despite enduring a few challenges, Karen and Billy are ready to take their relationship to the next level – but how does Mitch feel about this?

In scenes which aired this April, BBC One viewers were taken aback when Mitch dropped an almighty bombshell and declared his undying love for Karen.

She was preparing to leave Walford with her grandson – baby Kayden – but Mitch was heartbroken to see her go.

Initially, Karen rejected him, brushing off his confession, but Mitch was determined to convince her, he was serious.

Unfortunately for Mitch, Karen told Mitch he had his chance years ago and she was choosing Billy instead.

Realising he was fighting a losing battle he left Karen alone and went off to soothe his bruised ego. 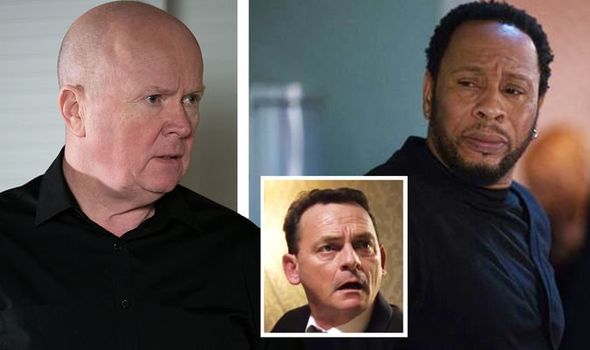 In upcoming scenes however, it will become apparent Mitch has not given up on Karen and is still harbouring feelings for her.

But what does this mean for Billy who is oblivious to Mitch’s feelings towards his girlfriend?

Well, there is a strong possibility Mitch is going to plot and scheme and try and work out a way to make Karen choose him.

EastEnders fans are going to see Mitch obviously jealous of Billy and he is going to take action.

During a heart-to-heart, the laundrette worker and Billy are going to discuss taking their relationship to the next step. 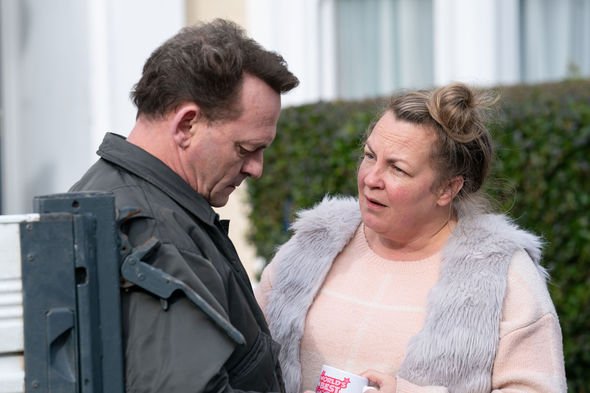 And to mark this, Karen offers Billy a drawer in her room for him to leave a few of his belongings in when he comes to stay at her house.

But Mitch ruins this nice gesture when he squares up to Billy and warns him, he and Karen are soulmates and will find their way back to one another sooner or later.

In a bid to get himself in Karen’s good books, Mitch decides to cook a family meal for everyone.

However, Billy is left unimpressed when he realises what Mitch has done. 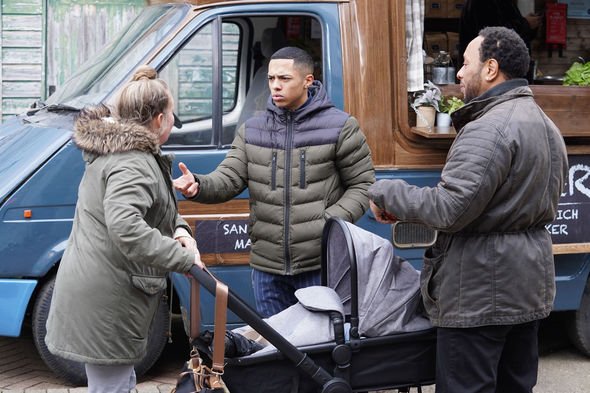 Will Mitch be able to scare Billy away or will Billy rise up against him?

Perhaps Mitch is going to enlist the help of Phil Mitchell (Steve McFadden).

Phil is facing his own dilemma with Karen, after all she is currently caring for Keanu Taylor’s (Danny Walters) son Kayden whose mother – Sharon Mitchell (Letitia Dean) wanted nothing to do with him initially.

But in a turn of events, Sharon is now regretting her decision and is wondering whether she should really be looking after the baby herself.

However, she is also caught between a rock and hard place as Phil wants nothing to do with the Kayden.

After all, EastEnders fans will remember Sharon and Keanu embarking on a very long affair which saw her fall pregnant, and at the time she covered up her infidelity and told Phil the baby she was carrying was his.

With Phil and Sharon wanting to make a go of their marriage despite all the events which took place earlier this year, will Mitch strike a deal with the E20 hardman and say he will convince Karen to keep Kayden if Phil gets rid of Billy?

EastEnders airs Monday at 8pm and Tuesday at 7.30pm on BBC One.