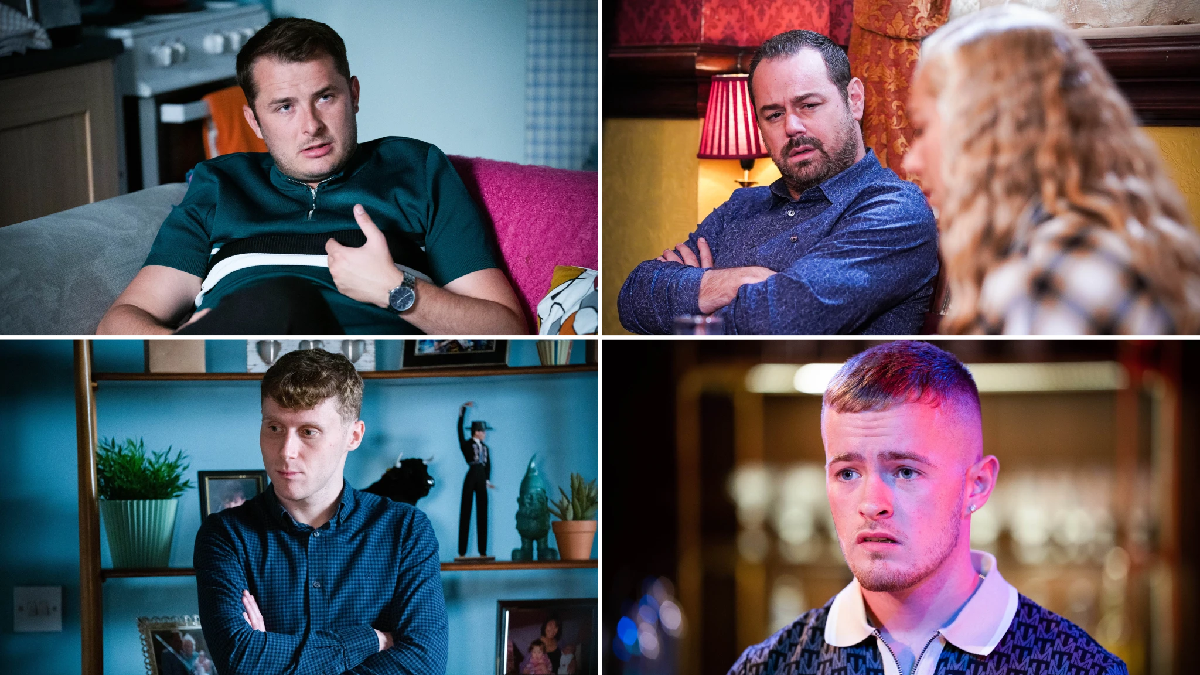 Tensions are rising in EastEnders as Ben Mitchell (Max Bowden) and Callum Highway (Tony Clay) begin to wonder about how comfortable they are with each other.

Elsewhere, the baby drama continues as the mother watches both Zack (James Farrar) and Martin (James Bye) but who will be revealed as the child’s father?

Later, Zack sees the girl from earlier watching again. Zack and Sharon catch up with her and she introduces herself as Jada. Jada is Alyssa’s mum, and when she reveals who the father is, Sharon and Zack are both shocked.

Callum feels insecure when Ben tells him about his numerous past sexual partners.

Chelsea receives a few home truths from Denise after revealing her engagement news.

Callum attends an event at The Albert without Ben, who has a meeting with Kheerat. A flirty guy gives Callum his number, leaving Ben feeling betrayed when he later finds it.

Elsewhere, Nancy admits to Mick that she’s jealous of his relationship with Frankie.

Pearl’s teacher tells Kim that she needs to be challenged more because she’s so smart. Kim’s desire to send Pearl to a private school is reignited.

Zack gets Jada to open up and she explains that she can’t look after Alyssa.

While helping Tiffany with a hen party booking at the club, Liam finds car keys in one of the women’s coats. He comes up with an idea to make some more quick cash, agreeing to be the group’s naked butler.

Later, Janine suggests to Liam that they should regularly steal cars from Tiffany’s party guests. Liam isn’t sure whether it’d be right to betray his sister.

Isaac points out to Kim that a private school isn’t the only way to give Pearl a good education. Kim sticks with her plans and comes up with an online donation site to help raise money for the fees.

Kat threatens to move in with Phil because of Jean and Stacey’s arguments over Eve.

Ben confides in Jay with his insecurities after finding the number in Callum’s pocket.

Dotty tries to convince Tiffany not to go on a date with Aaron because she’s better off with Keegan. Tiffany is sceptical, but when Keegan encourages her to keep going with the business, she’s touched and cancels her date with Aaron.

Later, Keegan tells Mitch that he hopes to reunite with Tiffany. He then overhears Liam talking about money and going into business with Tiffany. Keegan makes a protective move by trying to tell Tiffany what he overheard.

Stacey and Jean decide to take the kids out for the day, but Kat asks them not to let Tommy play football while he’s still recovering. Stacey ends up clashing with Jean yet again, so heads to the café for an escape. While there, Kheerat flirts with Stacey and offers some advice.

Jean goes off to search for Stacey and Tommy pulls out a hidden football.

Patrick tries to convince Vi to change her mind about finding her son Christopher.