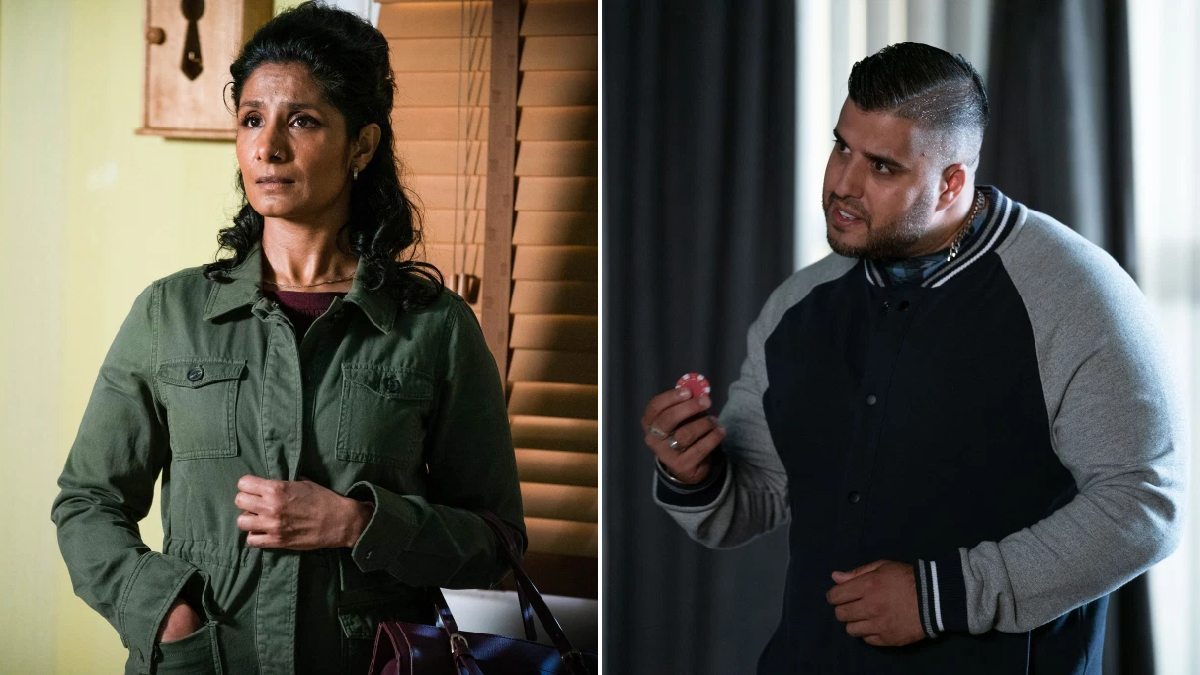 Suki Panesar (Balvinder Sopal) returned to EastEnders and dropped the huge bombshell that Jags was in a lot of trouble in prison.

She tried to ask Phil (Steve McFadden) for a loan but of course, didn’t have any luck and now time is very much running out.

As Jags remains in danger, Balvinder Sopal has been speaking about Suki’s emotions as she battles to save her son:

‘One foot wrong and it could all just end horribly. They’ve asked for help from the last people that they should be asking for help from. She’s worried, she’s not physically there in prison to take care of him.

I almost see her walking around with a bat and fending off anyone that lays a finger on him. He’s her son, he belongs to her. So, she does also feel a little bit helpless that she’s having to do things from afar and that she must put her faith in another person.’

Balvinder continued, adding how the discovery that Kheerat’s (Jaz Deol) in a relationship with Sharon (Letitia Dean) has the potential to only make things worse for Jags:

‘It’s very precarious. I think she’s worried that Kheerat is dabbling with fire when he really shouldn’t be. He should be focusing on looking after the family. It all has a knock-on effect. It’s a real complex web of deals and emotions and loyalty.

It’s a recipe for disaster.’