Peter Beale (played by Dayle Hudson) was left horrified in EastEnders when he discovered his uncle Ben Mitchell (Max Bowden) had attacked him and his grandmother Kathy Beale (Gillian Taylfoth) had helped him cover up the crime. However, as Peter grows increasingly distant from his family, will the mother of his child Lauren Branning (Jacqueline Jossa) decide she needs to return home to help?

In upcoming BBC soap scenes, Peter continues to feel ostracised by his family.

The father-of-one has always been extremely close with his grandmother amid his fractured relationship with his father Ian Beale (Adam Woodyatt).

In fact, EastEnders fans will remember Peter’s most recent return to Albert Square was due to Kathy begging him to come home.

However, after being attacked in a case of mistaken identity, Peter realised Kathy chose to protect her son over him. 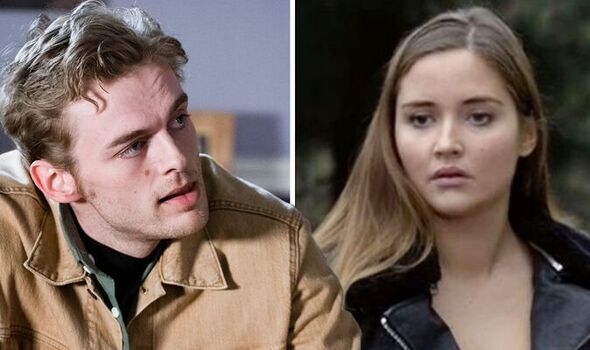 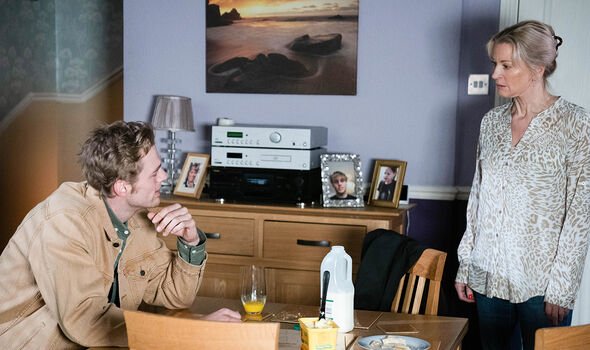 It doesn’t take long for Kathy to realise that time away from the square has done little to help her son.

Ben reluctantly agrees to take his daughter Lexi to a pride fair but it’s clear he’s not coping.

As they get ready, Peter drops off a box of lost property and Lexi pulls out the shirt Lewis Butler (Aidan O’Callaghan) was wearing on the night he attacked Ben. 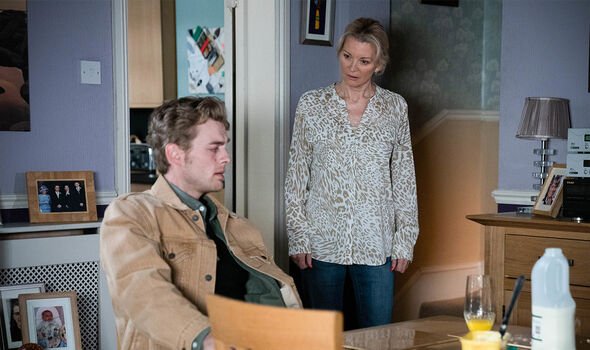 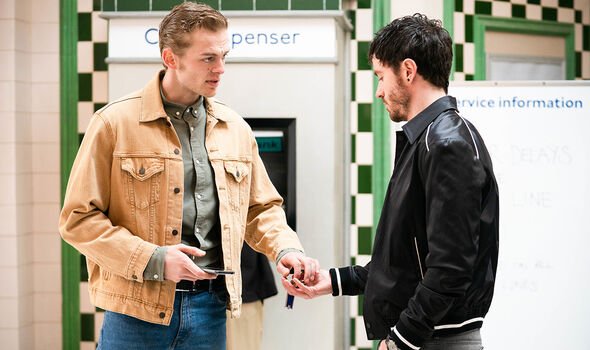 Ben is immediately taken back to the attack and locks himself in the bathroom.

Meanwhile, Lexi has no idea why her father is so upset and panics.

Luckily, Kathy arrives home and tries to soothe both her son and granddaughter.

She snaps at Peter for his nonchalant attitude and orders him to take Lexi home.

Peter has no idea Ben was raped and believes Kathy is simply defending his attacker without any real reason.

The father-of-one is still in contact with the mother of his child and the pair likely speak often about their son.

Lauren will know better than anyone how much Peter cares for his grandmother.

If he lets slip how much he feels betrayed, Lauren would become suspicious about whether Peter is coping in Walford.

In recent scenes, Peter made it clear he doesn’t value Kathy in his life currently after rejecting Dana Monroe (Barbara Smith) because Bobby Beale (Clay Milner-Russell) is the only person in his family he can trust.

If he continues to witness Kathy seemingly taking Ben’s side over his, Peter may snap and set out to get revenge on his grandmother and uncle.

Lauren may be able to sense Peter’s plans during one of their conversations about their son and panic.

Will Lauren decide the only way she can help the father of her son is to return home?

EastEnders airs on BBC One from Monday to Thursday at 7.30pm.