Emmerdale resident Aaron Dingle (played by Danny Miller) was left devastated last night, after it appeared his husband had handed himself into the police. In tonight’s episode, it seems he’s going to desperate measures to try and get his husband free, as he phoned an old friend to ask a favour, as fans were left unimpressed with the latest twist.

As he struggled to cope with the realisation his husband could be sent down for years for his role in Lee’s death, he decided to try a new tactic.

At the end of tonight’s episode, he made a mysterious phone call, as he could be heard asking: “You know that favour you owe me, I need to break someone out of prison, are you up for it?”

However, viewers did not get to hear the reply of the person on the end of the line, so who is Aaron calling for help?

Fans were left unconvinced by the plot twist, and took to Twitter to express their outrage, with viewers not believing Aaron would be successful. 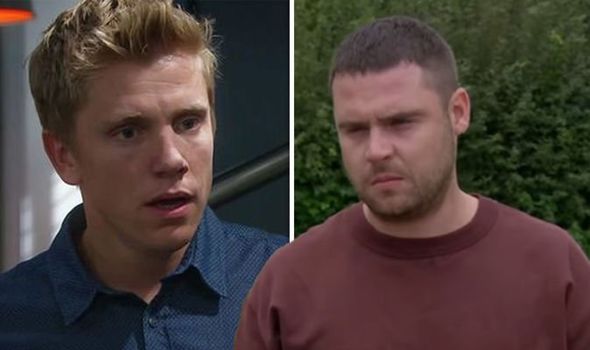 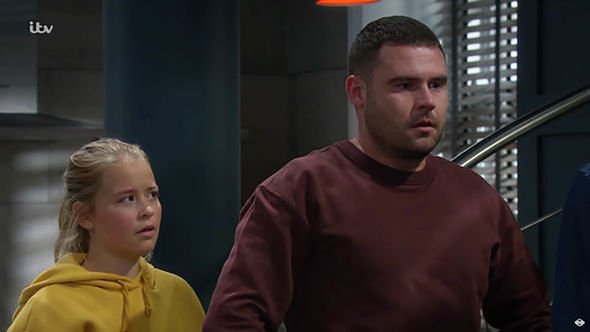 One shared: “How pathetic another break out of prison storyline involving the same people #Emmerdale”

Another questioned the twist, tweeting: “Hahahahaha robert ain’t gonna get rescued from prison hahahahaha unless Aaron is talking to the governor lol SERIOUSLY???

“Break him out of prison. Yea ok Aaron. Load of rubbish #emmerdale,” echoed a third. 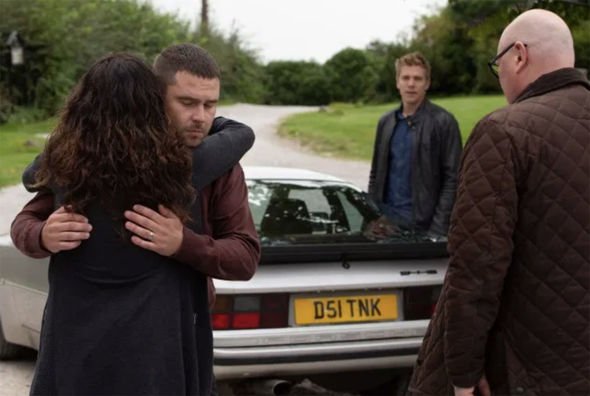 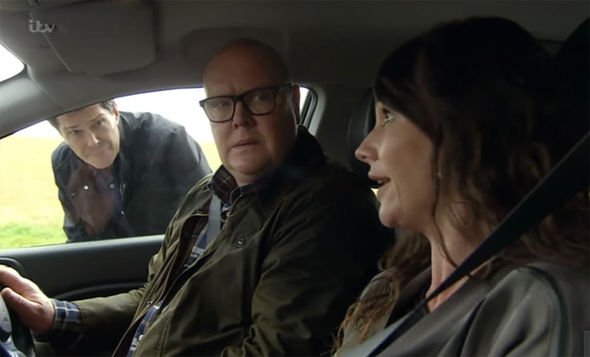 Viewers know that Robert Sugden (Ryan Hawley) assaulted Lee Posner (Kris Mochie) after it emerged he had raped his sister Victoria Sugden (Isabel Hodgins), and she is currently heavily pregnant with his child.

In scenes aired earlier this week, Victoria returned from the hospital with the news Lee had died, after witnessing his mother being told of his death.

In yesterday’s episode, Robert realised it meant he could now face a charge of murder, he and husband Aaron were all set to go on the run.

However, last night, Chas Dingle (Lucy Pargenter) and Paddy Kirk (Dominic Brunt) accidentally led the police to the duo’s location, after Liv Flaherty (Isobel Steele) attempted to go with them.

She reluctantly agreed to go back home, with Chas and Paddy set to pick her up in a lay-by, but the pair were unwittingly being followed by an unmarked police car, leading them straight to Aaron and Robert.

It was too late, as Robert decided to hand himself into the police, as Aaron watched on heartbroken.

Tonight, Lee’s mother Wendy (Susan Cookson) angrily knocked at Victoria’s door after learning the news that Robert had been arrested.

She let her in, as Wendy attempted to make Victoria feel guilty about her son’s death.

Victoria then told her she was glad Lee was dead after what he had done to her and warned her: “Get out of my house and don’t you dare ever come back.”

Aaron struggled to cope in tonight’s instalment, and viewers saw him potentially find a lifeline at the end of tonight’s episode.

Although Ryan Hawley has confirmed his exit from the soap, he could still make it out of prison if Aaron’s plan works, and they  could still end up leaving the dales together.

Will Aaron’s last ditch attempt to get his husband out of prison be successful, and what consequences could it have for the pair?

Emmerdale continues on Monday at 7pm on ITV