Vanessa Woodfield (played by Michelle Hardwick) has been held hostage for almost a week as Pierce Harris (Jonathan Wrather) carefully curates his plan to win back Rhona Goskirk (Zoe Henry). But every time Vanessa is on screen, Emmerdale fans are left wondering why she doesn’t scream for help as they highlight a plot hole within the storyline.

“How we feeling now? Are we going to be sensible, drink something?” Pierce asked Vanessa, but her first concern was her son: “How’s Johnny?”

“We can talk about him once you’ve had a drink,” the villain said but Vanessa turned her head away from the glass: “You’re not well Vanessa, you have to look after yourself.”

“What are you giving him? You don’t know what you’re doing, you don’t know the dosage to use. If you give him too much, do you want his death on your conscience?” She said referring to the fact that Pierce was drugging the toddler.

“Might be a problem if I had one,” Pierce remarked. “I’ve researched the optimum dosage very carefully and he’ll be fine.” 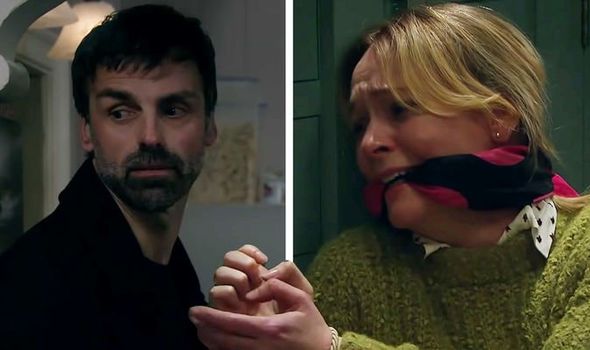 He then tried to offer Vanessa more water but she slapped the glass out of his hands.

Those watching at home were confused by Vanessa’s actions during this scene and took to Twitter to comment.

One said: “Why doesn’t Vanessa just take the gag off and scream #Emmerdale.”

“#Emmerdale There’s no way Vanessa can’t get that gag off,” another added. 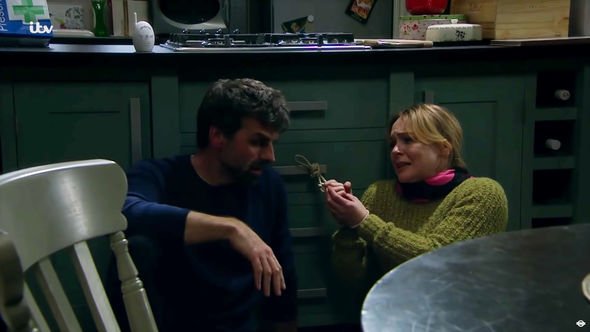 A third remarked: “Oh COME ON VANESSA ….. your tied to a drawer with your hands in front of you. Rip the gag off and scream the place down #iknowitsnotreal  #Emmerdale.”

“Whilst Pierce is away surely Vanessa can lift her hands up, take off her gag and shout for Johnny to come down and go and get help….but we all know that won’t happen #Emmerdale (sic),” a tweet read.

Someone else chimed: “Why doesn’t Vanessa just take her gag off or even better, she’s tied to a fkn drawer!!! #emmerdale.”

While another pointed out an alternative blunder: “Bizarre #emmerdale such a small village and no-one has seen Pierce coming and going from the village or Laurels house and Johnny hasn’t screamed the place down or tried to come downstairs.” 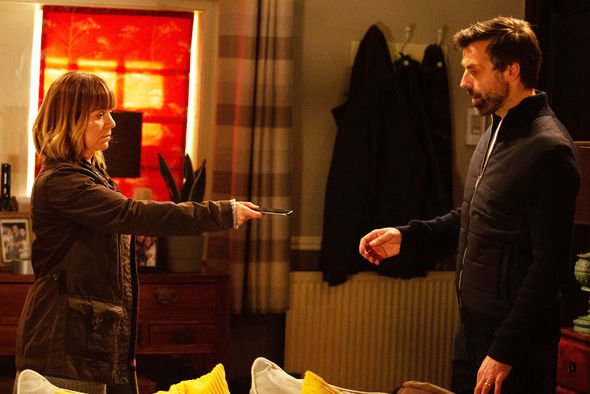 As for how long Vanessa is going to be tied up in Laurel Thomas’ (Charlotte Bellamy) house, spoilers have revealed how Rhona will enter Mulberry cottage to face Pierce.

After years of him being out of her life, Rhona will find out he has been the one stalking her and keeping Vanessa hostage after he places a video call.

Horror-struck to see her rapist out of jail, will Rhona be able to save Vanessa and Johnny from the evil man?

There is also the matter of Charity Dingle (Emma Atkins), who is currently beside herself with worry over the whereabouts of Vanessa.

The Woolpack landlady is adamant her fiancé has gone on their honeymoon without her in a bid to get her own back after Charity and her son Ryan Stocks (James Moore) kept Graham Foster’s (Andrew Scarborough) stolen money.

But what is going to happen when Rhona goes to see Pierce and Vanessa, will she be held captive too?