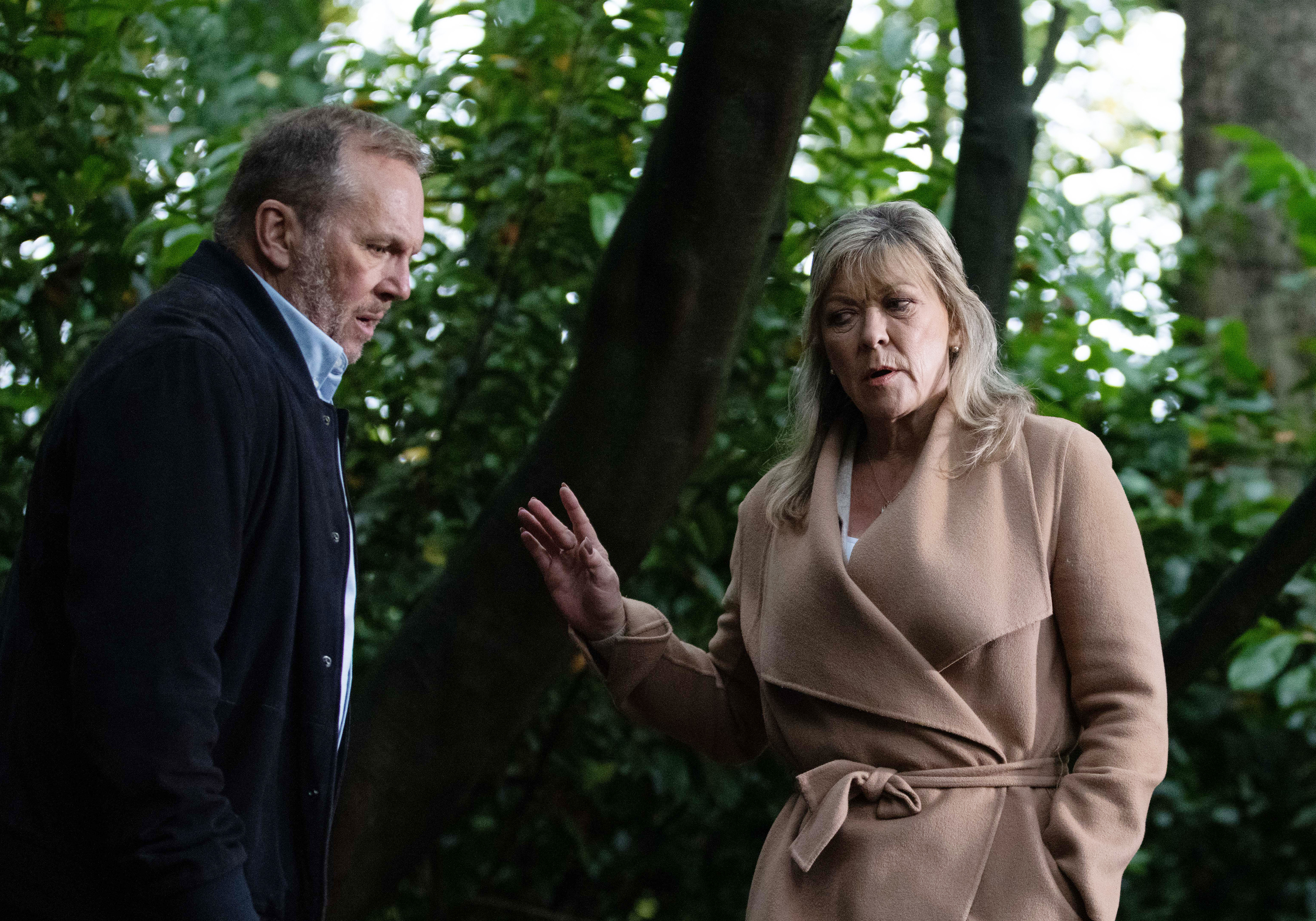 The death of Di Malone remains a heavy secret hanging over Will Taylor (Dean Andrews) in Emmerdale, after he buried the detective that his daughter Dawn (Olivia Bromley) killed in self defence.

Kim Tate (Claire King) was later left shocked when she learned that Will had buried Malone on the site of Home Farm and she later left the village for a break, leaving Will afraid of what she might do.

But when the body goes missing, he is terrified over who has found out. But it turns out that Kim has been involved.

On Christmas morning, Bernice gives Will a hopeful smile as he feels the pressure to make his decision.

Later, as he approaches Malone’s grave with Kim, he is alarmed to find it freshly dug up and worries that, if Kim really did hear something incriminating, this could be part of her revenge.

But she reveals that she removed the corpse so that Will no longer feels tethered to her – he can decide whether he stays or goes.

Will appears touched by the gesture and it later becomes clear that he has made his decision when he proposes to Kim. Well, nothing like shifting a corpse to get one in the mood for love.