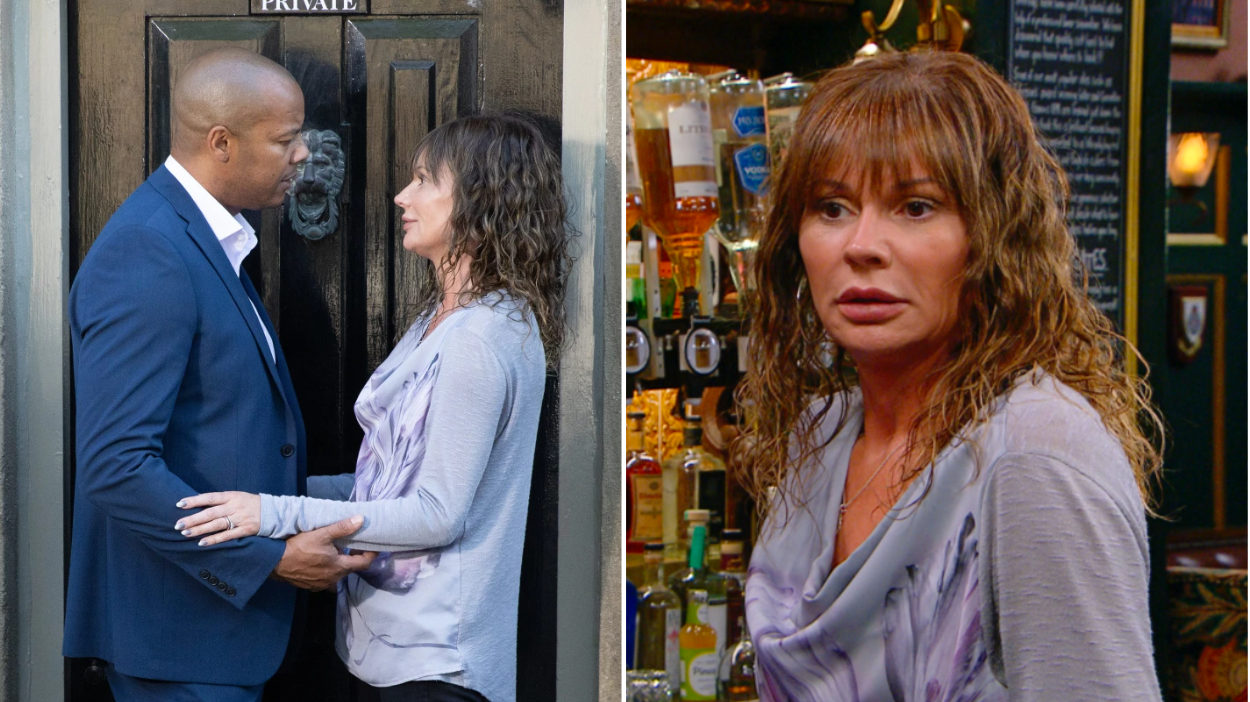 Chas Dingle (Lucy Pargeter)’s affair with Al Chapman (Michael Wildman) on Emmerdale – which only ended with Al’s death on the day of Faith (Sally Dexter)’s funeral – has certainly united viewers, who’ve been vocal in condemning Chas’s actions from the outset.

For a start, it seems unthinkable to betray Paddy (Dominic Brunt), officially the nicest man in the village. And to betray him with Dingle family enemy Al Chapman of all people, just made it so much worse.

The storyline also drew out the worst from Chas as she selfishly pursued the affair. To keep her son Aaron (Danny Miller) quiet after he found out about it she emotionally blackmailed him, manipulating him into leaving the village. When she should have been with Faith in her final days, Chas was too often to be found slipping away for an assignation with Al – including on the day Faith died.

Lucy Pargeter says there’s been a fierce reaction to the storyline. ‘[Viewers] are absolutely furious with her,’ she says. ‘In fact with all the storylines I’ve ever played I have never had a response like this. They are furious and the vigour and the anger they have is strong. They are cross; she has betrayed her marriage. But I do understand their reaction.’

Lucy says that as an actress she’s enjoyed the story, while at the same time she’s disapproved of the way her character has behaved. ‘It certainly has been very varied,’ she muses. ‘I would never condone or agree with her behaviour but it has been interesting to play.’

Previously she’s stated that she can understand why Chas turned to Al as she struggled with Faith’s illness, saying, ‘How I see it is like she’s going to the gym. She doesn’t have time for the gym but has a quick time for Al to release herself from everything that’s going on in her life.’

At the same time, she says that with Paddy involved, viewers were always going to have a hard time accepting that Chas was pairing up with the local bad boy (or anyone, in fact). ‘We were never going to win people over with Al and Chas when Paddy was involved,’ she says.

Lucy says that she’s ‘absolutely terrified’ about where the story might go next, as Chas tries to put the affair behind and move on after realising that Paddy is the man she truly wants to be with.

‘I don’t think she can ever get over the guilt of what she has done whilst in a married relationship,’ she admits. ‘The consequences of her actions are still relevant but mentally, Chas has put the affair behind her.’

And if Paddy ever found out? ‘I don’t know if he could ever get over it,’ Lucy says. ‘but it would be interesting to see how he would react and whether he would react in the way people would think he would.’