Alicia (played by Natalie Anderson) hasn’t been seen in the village of Emmerdale for almost seven years, having bid farewell in 2015 to begin a new life in Portugal. The former character of the ITV soap has been mentioned a few times in recent years, with her nephew Jacob Gallagher (Joe-Warren Plant) going to stay with her following the murder of his girlfriend, Leanna Cavanagh (Mimi Slinger). However, it was explained in Tuesday’s instalment of the village-based drama she had been involved in a horrific accident but this could be the way she returns to the Dales as part of her sister, Leyla Harding’s (Roxy Shahidi) ongoing drug storyline.

It was her ex-husband David Metcalfe (Matthew Wolfenden) who broke the news Alicia had been injured to her sister Leyla.

Arriving at the Cavanagh house, the shopkeeper said: “So there is a flight this afternoon at five o’clock,” but Leyla had no idea what he was talking about.

Explaining himself, David told Leyla: “I’ve been trying to call you all morning, do you not answer your phone? Alicia has called me from A&E.

“She’s broken her leg, her collar bone and she’s got a load of thorns in her backside. She did it by taking a selfie on the edge of a cliff.

“She took a step back to get a better shot. Luckily for her, there was a prickly bush six feet below,” he continued to explain. 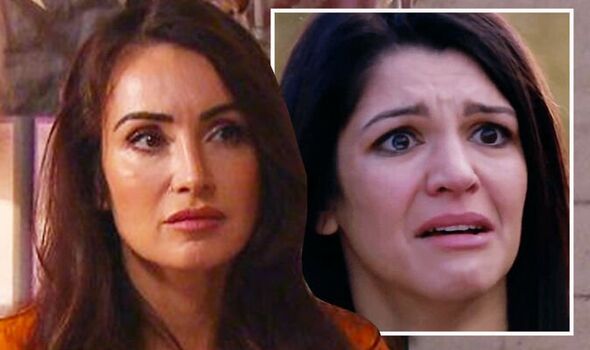 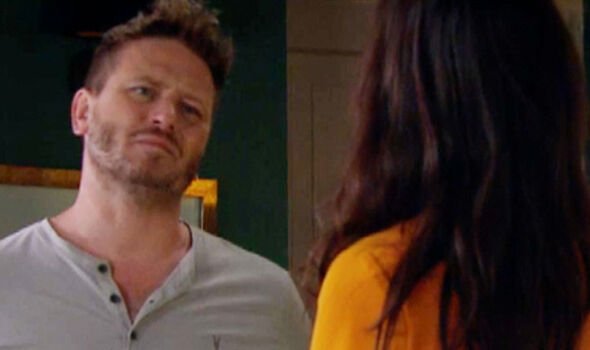 “I can’t go, I’m busy. I’ve got to organise Kim’s wedding,” Leyla told her former lover but he explained he was going to go.

Not realising Leyla has not been attending any meetings about her drug addiction, he naïvely thought if he went, she could continue to recover.

The businesswoman was more than happy with his plan and David told his partner Victoria Sugden (Isabel Hodgins) to keep an eye on Leyla.

He told her the truth about the drugs, meaning one more person in the village now knows about Leyla’s secret struggles.

However, whilst nursing Alicia aboard, he could explain to his ex-wife how much she needs to come to the village to help her sister. 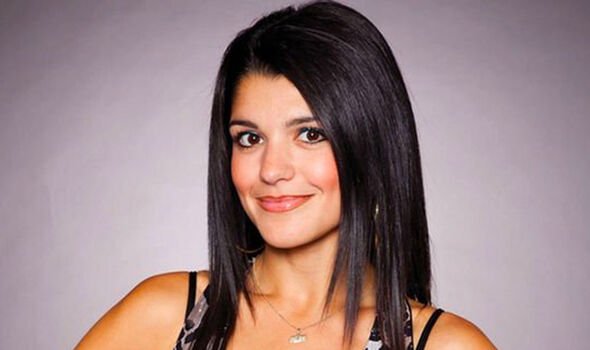 Although she wouldn’t be able to move much because of her injuries, Alicia would be able to help Leyla by being there for her.

As she recovers in the village, Alicia could spend some time catching up with her sister and listening to her about what’s bothering her.

Having had her own struggles in the past, Alicia would be more than likely to resonate with how her sister is feeling.

With Alicia progressing with her recovery every day, not before long she will be up strutting around the village in her heels.

Seeing how much the influence of her being close has had on Leyla, Alicia could decide to stay but will she get on with the rest of the villagers?

It would have never have been thought Alicia would come back into the show following a tragedy on her doorstep.

The actress who played Alicia, Natalie is now playing a character in rival soap, Hollyoaks, but she hasn’t ruled out a return to her roots.

Natalie explained: “Well, to be honest, I’m really having a great time with what I’m doing on Hollyoaks at the moment.

“Obviously never say never – I love Emmerdale with all my heart! But right now I’m just really enjoying Hollyoaks,” she added in an interview with Daily Star.

Could it be she will return as part of the show’s 50th-anniversary celebrations as bosses of the show have teased the return of some characters from the past?

How well do you know your British soaps?

How many times has Ian Beale been married in EastEnders?

What is the name of Bianca Jackson and Ricky Butcher’s son on EastEnders?

On EastEnders in 2002, who accidentally ran Jamie Mitchell over in his car which caused his death?

How many times has Corrie’s Steve McDonald been married?

What happened to Emily Bishop in Coronation Street?

Who murdered Maxine Peacock in Coronation Street in 2003?

Which incident in 1993 killed off four characters in Emmerdale?

When did the show stop being known as Emmerdale Farm?

On what date did Hollyoaks air its first episode?

What was the name of the much-loved Coronation Street pet dog who was put down in April 2020 after 14 years?

1996 saw the arrival of one of Hollyoaks all time bad boys and rival of Kurt Benson, but who was he?

Who is the longest serving character on Coronation Street?

Who shot Phil in EastEnders?

How many fires have there been at Corrie’s Rovers Return?

Get out of my pub, you’re no soaps fan

Executive producer for the show, Jane Hudson, told Express.co.uk and other media: “We’re going to be having a golden month of celebration to mark our 50th.

“There are going to be mind-blowing stunts, more heartbreaks, secrets and lies are revealed. It’s going to be the gift that keeps on giving and the party no one wants to end.

“Our 2022 is very much going to be building our stories for the 50th golden month of celebrations. We need to make this the biggest year we’ve ever had. We’ve already got some great stuff planned – maybe a wedding in the summer!

“There are some really big things that will test couples’ strength and them as parents, so there is a lot in store.

“We might see some old faces returning, we’re not sure yet. I think there is a lot coming up – the focus is really to celebrate Emmerdale turning 50.”

Jane also teased more details about the anniversary, explaining: “Emmerdale celebrating 50 years is a huge achievement and to be the executive producer at such an exciting time is an honour.

“For five decades, Emmerdale has kept its audience entertained with incredible storylines and memorable characters. “We want to make sure our 50th birthday month is a treat for all our loyal viewers and has them gripped to the edge of their seats as the stories unfold.

” We are very proud to be a jewel in Yorkshire’s crown and want to make sure we celebrate our wonderful village and everyone who lives there.

” Across the month you will see stories which have you in tears, make you laugh out loud and of course, amaze you with some of the most epic stunts you will have ever seen.

“The Emmerdale team is a force to be reckoned with when it comes to creating drama as its very best, and never before has this been more true.”

Emmerdale airs weekdays at 7:30pm on ITV, with an hour-long episode airing on Thursdays.