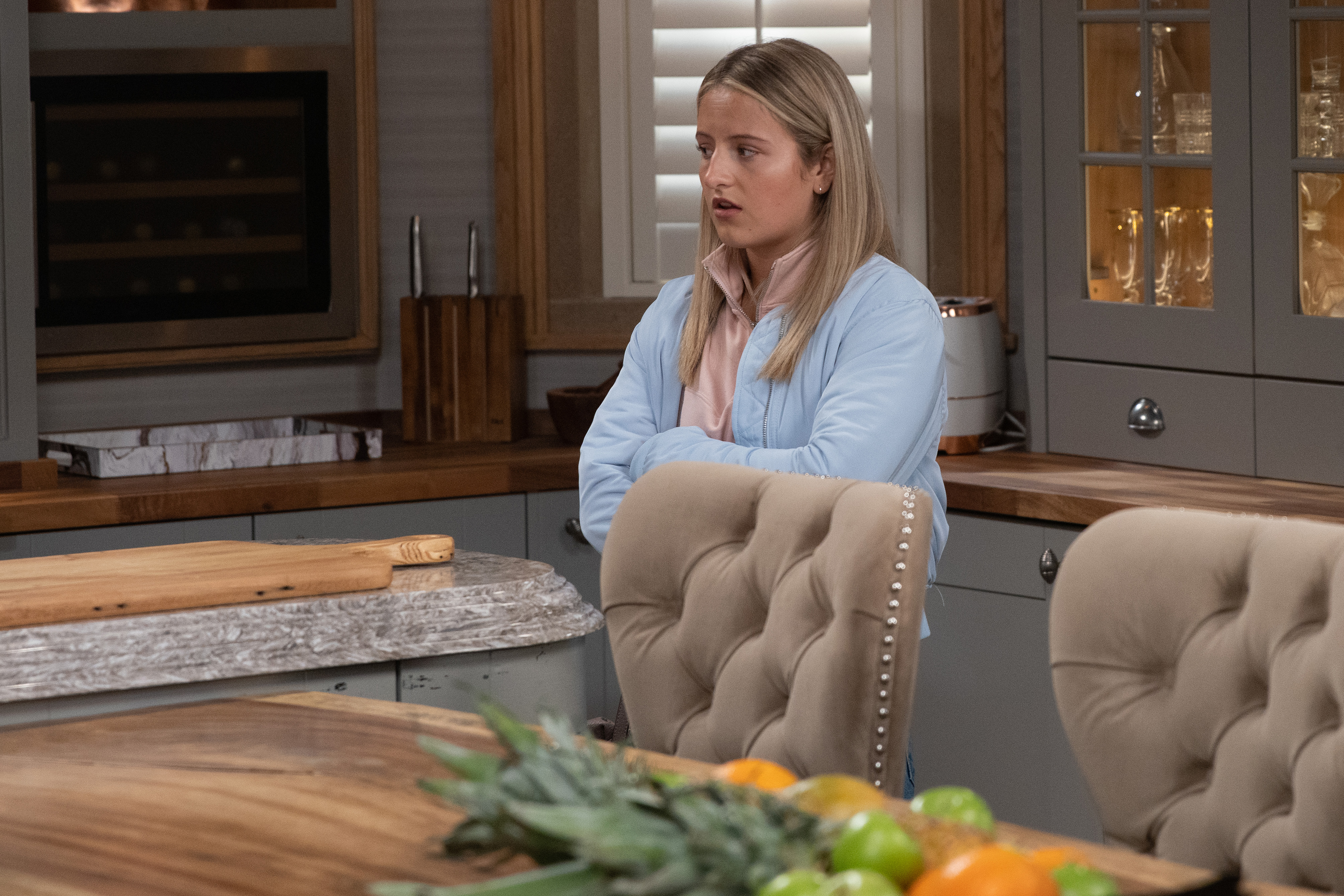 Amelia Spencer (Daisy Campbell) in Emmerdale doesn’t quite know what to do with herself after discovering she’s pregnant.

The teen only learnt of her pregnancy after dropping baby Thomas in last week’s episode.

Amelia – as viewers know – has been consuming weight-gaining syrup, thinking if she alters her body image, she will receive more likes and followers on social media.

Not eating properly resulted in Amelia passing out while holding baby Thomas and at the hospital, she had no choice but to confess the truth.

Helping out with Amelia was Harriet (Katherine Dow Blyton), who persuaded her to get checked out by a doctor – who then wondered if the 15-year-old knew she’s pregnant.

Of course, Amelia had no idea and tonight, she seriously struggled to process the news.

Away from the pregnancy, Amelia continued to try and secure prison letters from Home Farm, so she could visit Noah (Jack Downham) while pretending to be Gabby.

Amelia was caught, which resulted in Kim (Claire King) telling Dan that they have until midnight to get out of their home.

Fortunately, Harriet offered Dan and Amelia a place to stay.

As Dan and Harriet chatted, Amelia was listening in on their conversation, devastated to hear her dad blame himself for not noticing his daughter’s struggles.

When Amelia was on her own, she tearfully called the doctor and asked to arrange an abortion.

Very alone and vulnerable, will Amelia abort her baby without anyone knowing?

Discussing what’s ahead for her character, Daisy recently told us:

‘Filming [the scenes] was very emotional. I really felt it because I really got into the zone with it. I think going there and doing this alone without anyone is something you wouldn’t want anyone to go through. She’s so young and there’s that constant vulnerability with her age. She’s really on her own.’