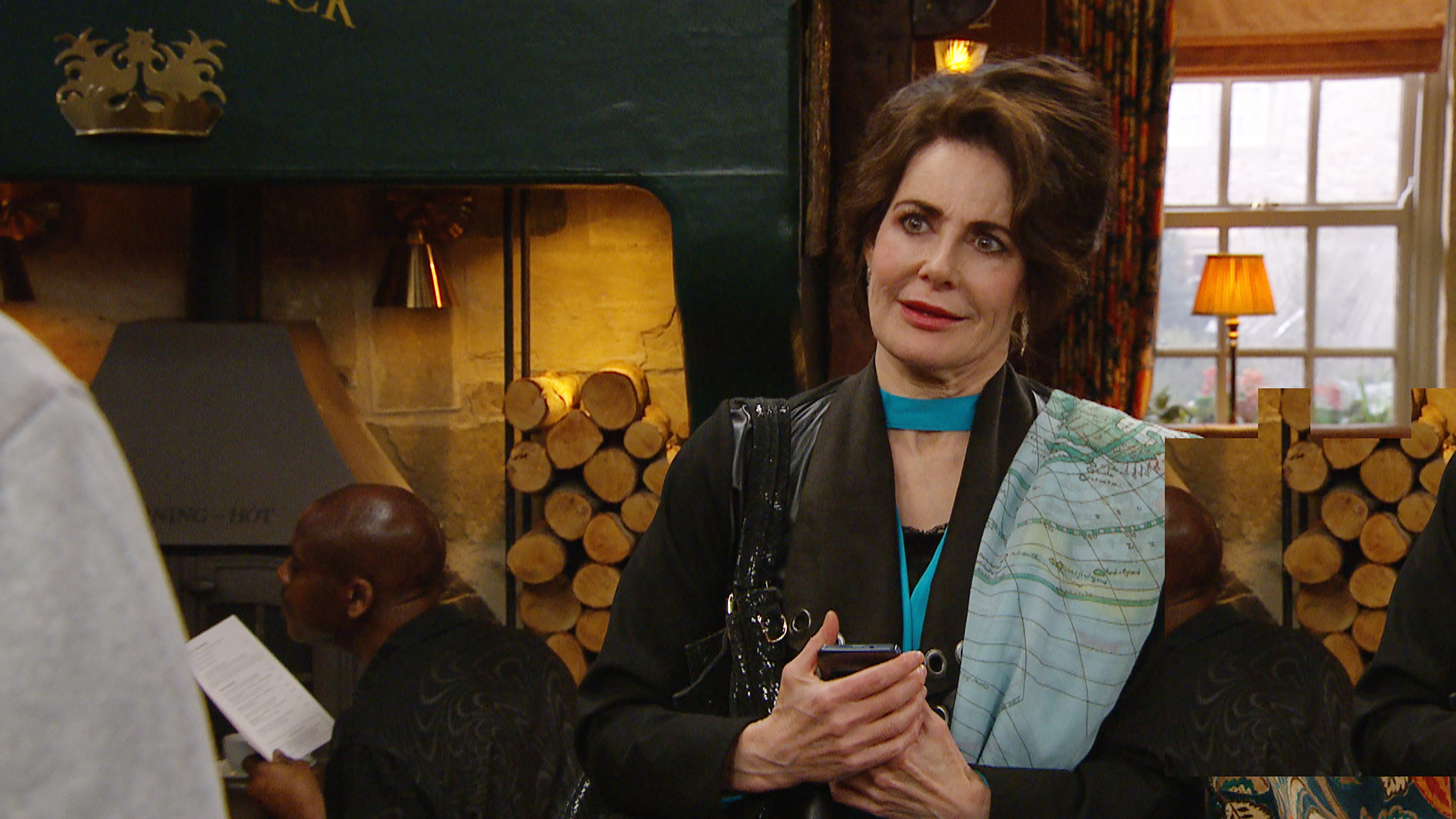 Faith Dingle (Sally Dexter) broke all of our hearts in Emmerdale tonight as she told Moira (Natalie J Robb) she’d like to repair her relationship with Cain (Jeff Hordley) and Chas (Lucy Pargeter) before she loses her battle with cancer.

Last week, Faith was told by a doctor she now has secondary cancer, following her first fight in 2018.

The doctor said that because the cancer has spread rapidly, it is treatable – not curable, which means the illness will shorten Faith’s life.

One person who knows Faith’s secret is Moira, who is struggling hugely with the fact Cain and Chas do not know their mum’s cancer has returned.

Tonight, with Cain still furious at Faith for sleeping with Dan (Liam Fox), he refused to give her the time of day, asserting it would be better if she just drops dead.

In emotional scenes, Faith told Moira that she won’t tell her children about the cancer yet, as she wants to fix things with them first.

Faith wants to spend happier days with Cain and Chas and doesn’t believe they’ll happen if they know she’s going to die.

Moira agreed to keep Faith’s secret – but will her plan work?

Or will Cain and Chas react badly when they discover Faith has known about the cancer for ages?