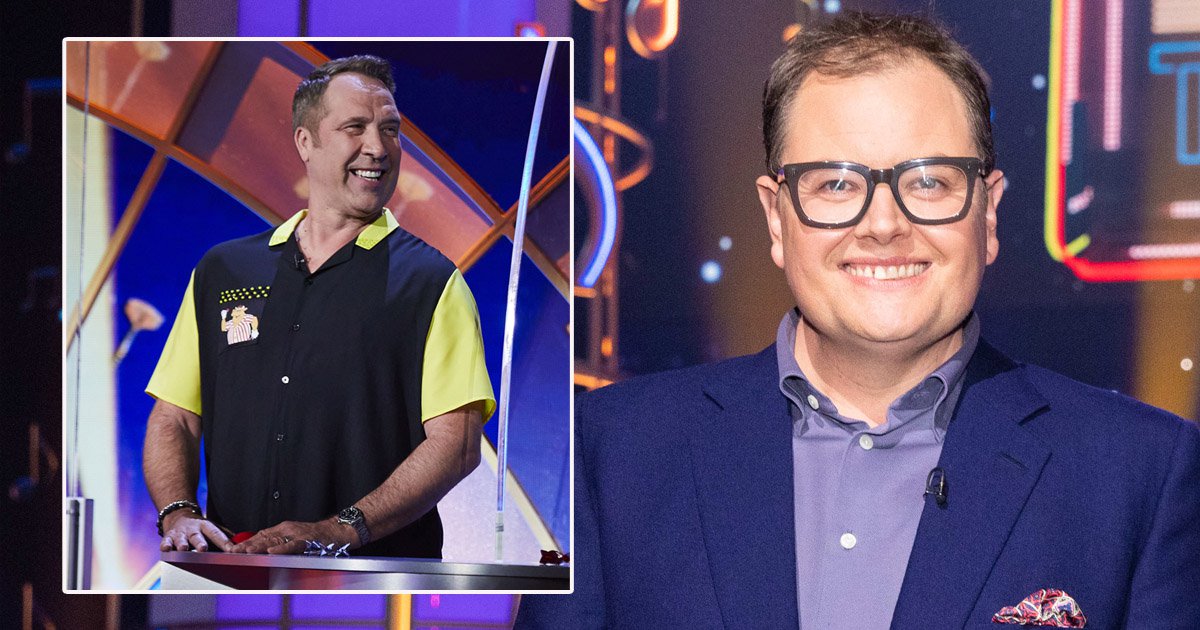 Tonight Alan Carr’s Epic Gameshow aired a special celebrity edition of Bullseye – and it was an iconic instalment.

The three teams answered questions and threw arrows in the hope of getting through to the Epic Endgame and winning £30,000 for their chosen charity.

During the show, the host appeared to take a swipe at Meghan Markle after he asked for people’s dart nicknames.

Fallon – who is the first female dart player to win a match at the world championships – said hers is Queen of the Palace.

The comedian replied: ‘That’s the nickname Meghan had her heart set on but look how that turned out.’

That wasn’t the only Royal mention of the night, as David forgot the last name of the Duchess of Cambridge in another embarrassing moment.

During a segment, they had to guess which famous face was being covered by a photo of Alan – the photo in question was of Kate in a carriage on her wedding day.

‘Which blushing bride have I replaced in this picture?’, the host asked.

Within seconds David said the name Kate, but the real struggle came when Alan asked whether she had a surname.

‘Is that what you’re going for, Kate Windsor?’ Alan queried.

Unfortunately, his answer was incorrect, which meant the question went to Angela, who answered it correctly with Kate Middleton.

Even though the footballer got this question wrong he still managed to go on and win the show.

David and Joe ended up winning £34,795 in total, which they donated to the charities Cats Protection and Every Mind Matters.

Got a story? If you’ve got a celebrity story, video or pictures get in touch with the Metro.co.uk entertainment team by emailing us [email protected], calling 020 3615 2145 or by visiting our Submit Stuff page – we’d love to hear from you.