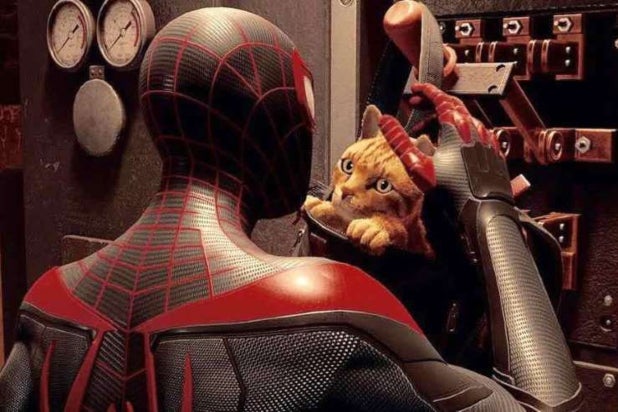 Fans rejoiced at the news, which Insomniac shared in a gameplay clip this week.

GameInformer first published the clip, which shows Miles Morales web-slinging his way into a local Bodega and taking on a mission to find the owner’s lost shop cat after a robbery. After sneaking into a building and dispensing of some goons, Miles takes off for the bodega. Of course, the cat is totally nonplussed by the fact that it’s traveling at warp speed, doing acrobatics high above Brooklyn, in nothing but a backpack.

After he returns the cat to the shop owner, Spider-Man the Cat becomes a permanent part of Miles’ arsenal. The clip published by Insomniac Games shows Miles performing a finishing move, while the kitty leaps out of the backpack and slashes the opponent with his claws. 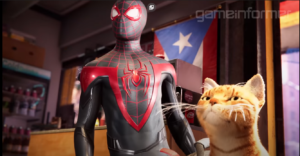 It’s not the first time Spider-Man the Cat has appeared in the Marvel Universe. A character named Spider-Cat was introduced in a 2011 comic “Spider Island: I Love New York City” as the loyal house cat of several hardcore gamers turned unlikely superhero.

While he’s been called Spider-Cat on social media, the full sidekick’s name is Spider-Man the Cat — a fact that Marvel legal counsel Eric Gerson cleared up on Twitter this week.

“The excitement over the cat in #MilesMoralesPS5 is PALPABLE but I work in the legal department and so I am here to tell you his proper name is Spider-Man the Cat thank you and no further questions at this time please the defense rests objection,” Gerson wrote.

Fans were predictably delighted to hear news that the cat becomes an unlikely hero in the upcoming game. One Redditor recently said, “I wasn’t sure they could make a more New York game. They did it. They made the Bodega cat a sidekick. This is incredible.”

Another Redditor said they weren’t planning on getting a new PlayStation console this year but would rethink that decision after seeing the preview. “I wasn’t planning on buying a PS5 but somehow this made me want one really bad,” they wrote. “My first thought seeing this playthrough was, ‘I better be able to swing around with a cat the entire game if I want’ — and then they put a damn mask on the cat and confirm, yeah, you can have a kitty sidekick.”

“Marvel’s Spider-Man: Miles Morales” comes out out on Nov. 12.

Check out the preview of Spider-Man the Cat and more fan responses to the universe’s cutest crime-stopper below.