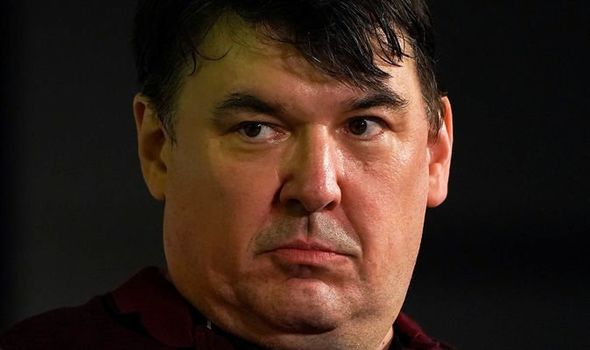 Graham Linehan, 53, said he might leave “for the good of the show” after criticism from campaigners.

The screenwriter has defended women’s rights and stressed the importance of biological sex – to the fury of trans rights activists.

Mr Linehan said: “The production company are terrified that as soon as it opens, trans activists will try and shut it down.

“Hat Trick [production company] have simply told me it will be impossible for them to finance the show unless I am no longer associated with it. I am not concerned by trans activists – but my producers are.

“The warnings from the production company became more insistent. I had a very funny meeting with a top public relations guy at the company. I’d hoped it might help. Instead he said, ‘Graham, I have to tell you, there are some people in the office who won’t work for you.’

“In almost every company I’ve worked with there are young employees who are ferociously authoritarian.

“They seem to think that unless you believe the same things as them then you have no right to take part in society.”

Mr Linehan said that criticising transgender campaigners had also led to job offers being withdrawn. The writer said activists have targeted his estranged wife’s home and published her address online.