LINE of Duty fans are one day closer to finally watching the brand new series after filming earlier today.

The popular BBC One drama first hit our screens in 2012 and fans have been hooked ever since as the series follows the work of AC-12, a special unit charged with investigating corruption within the police force. 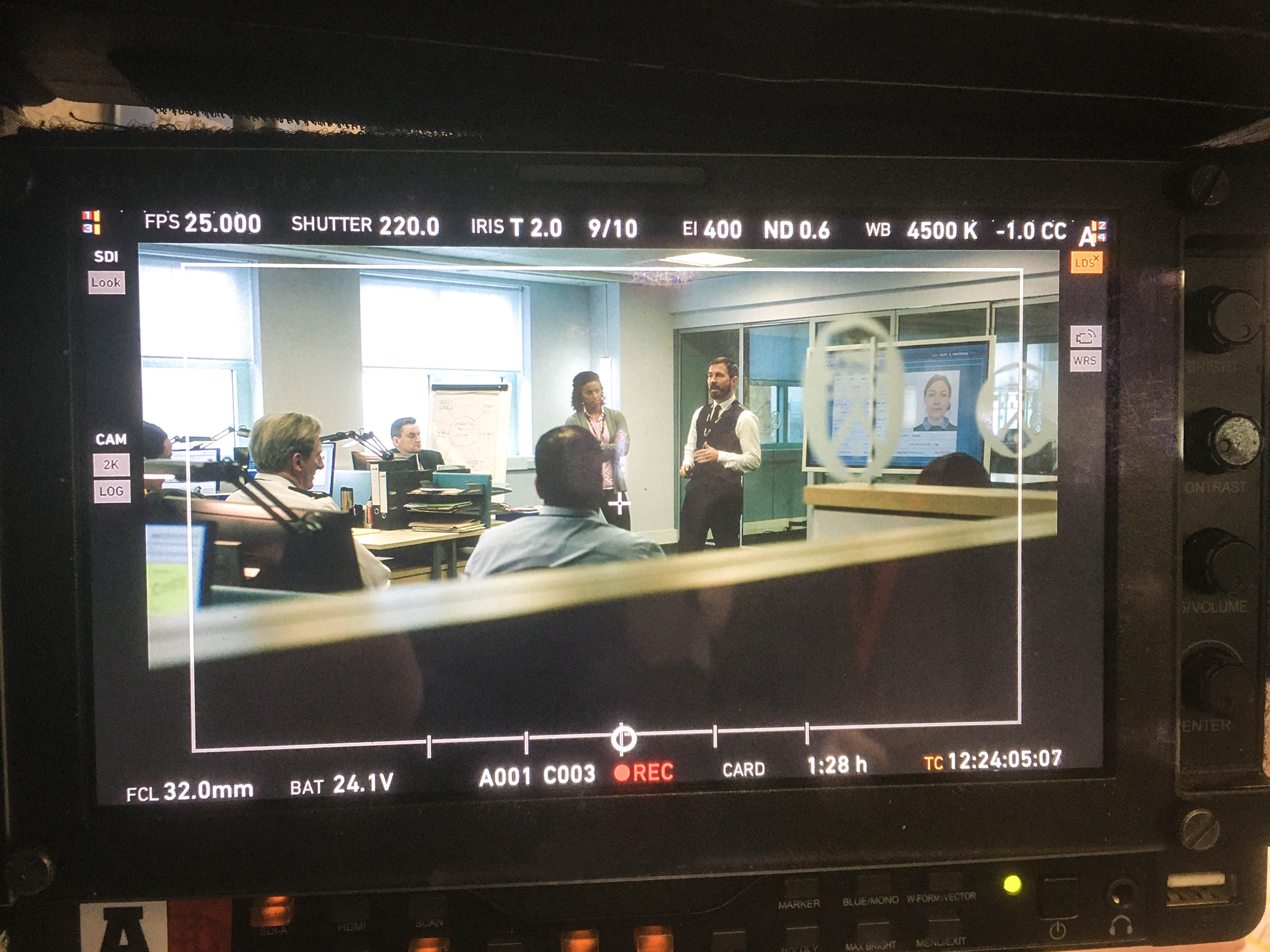 Earlier today the BBC Press Office official Twitter page shared a behind the scenes glimpse of the set with all the favourites working their magic.

They captioned the post: "Mother. Of. God. First look images released as filming begins on series six of #LineOfDuty."

One snap shows an artistic shot of the Line of Duty favourites Adrian Dunbar and Martin Compston through a camera monitor.

The second shows the directors clapper board with "Line of Duty 6" written on the front of it with today's date. 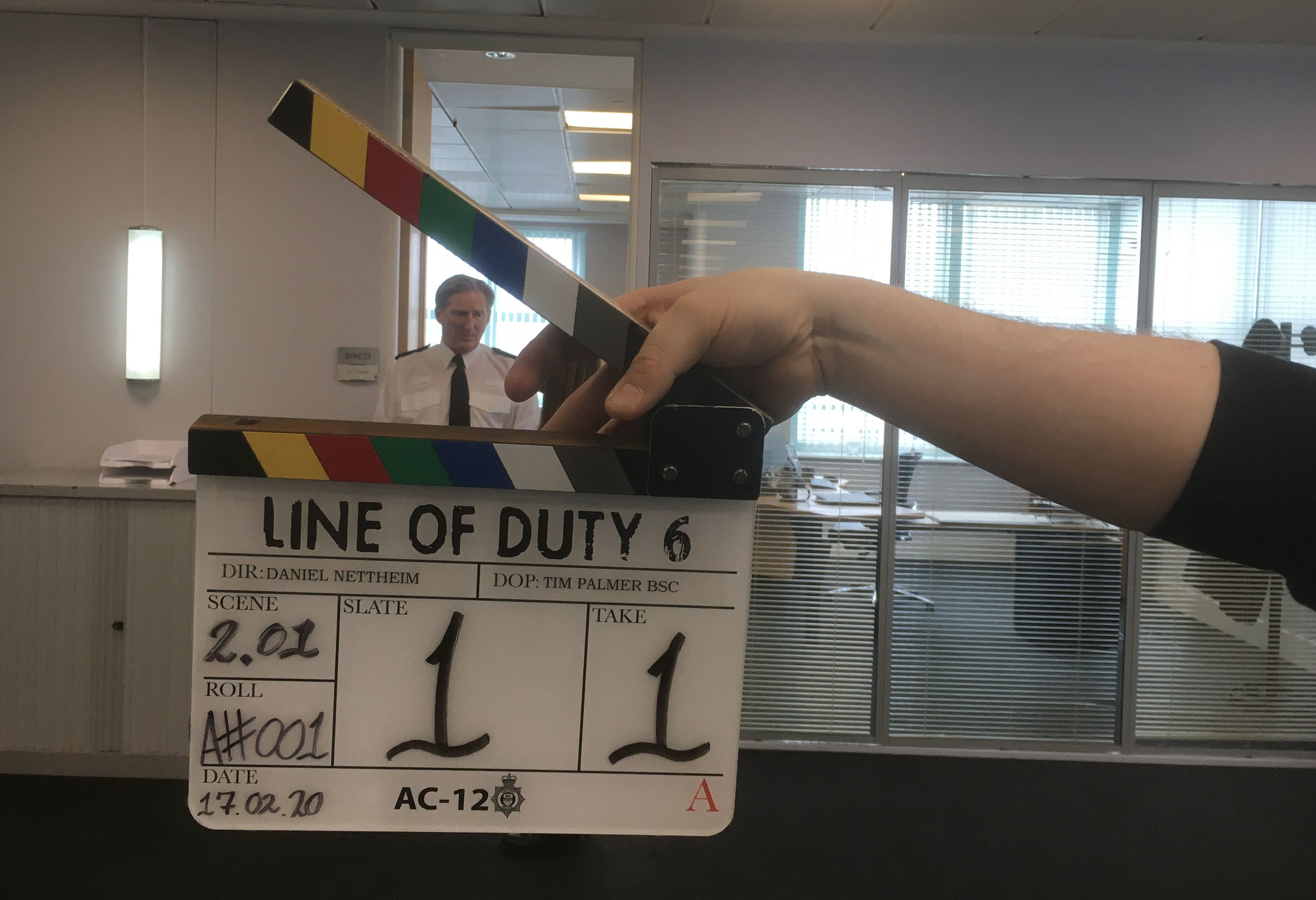 In November 2019 BBC One confirmed that Kelly Macdonald will guest lead for the new season as Detective Chief Inspector Joanna Davidson.

Their official Twitter page tweeted: "Kelly Macdonald will star as guest lead in the next series of #LineOfDuty.

"DCI Joanne Davidson will prove the most enigmatic adversary AC-12 have ever faced." 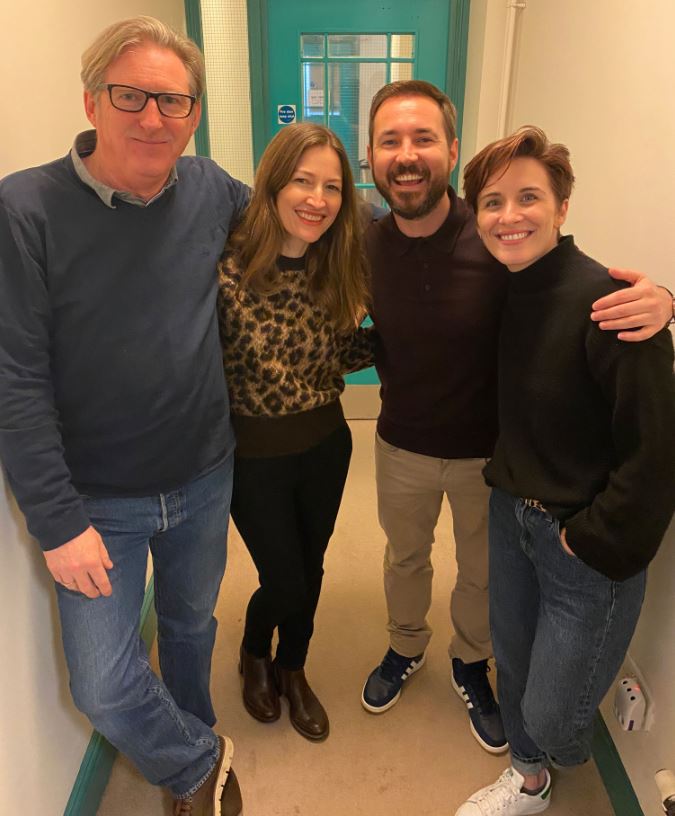 Alongside Kelly, Anna Maxwell, Adrian Dunbar, Vicky McClure and Marton Compston will also be returning to play their iconic role in the popular British drama.

Just last week fans went wild when the cast reunited for the brand new season and the show bosses signed off on final script.

Fans were delighted to see the trio cosied up to season six guest star and newbie Kelly Macdonald and it was shared on BBC One's official Twitter page with the caption: "Back to work for this lot at the #LineOfDuty Series 6 read-through!"

A third added: "On edge lol cannot wait to hear the title music LOVE IT."