But there have been a handful of breadcrumbs in recent weeks that suggested the Matthews household would soon see a new arrival. 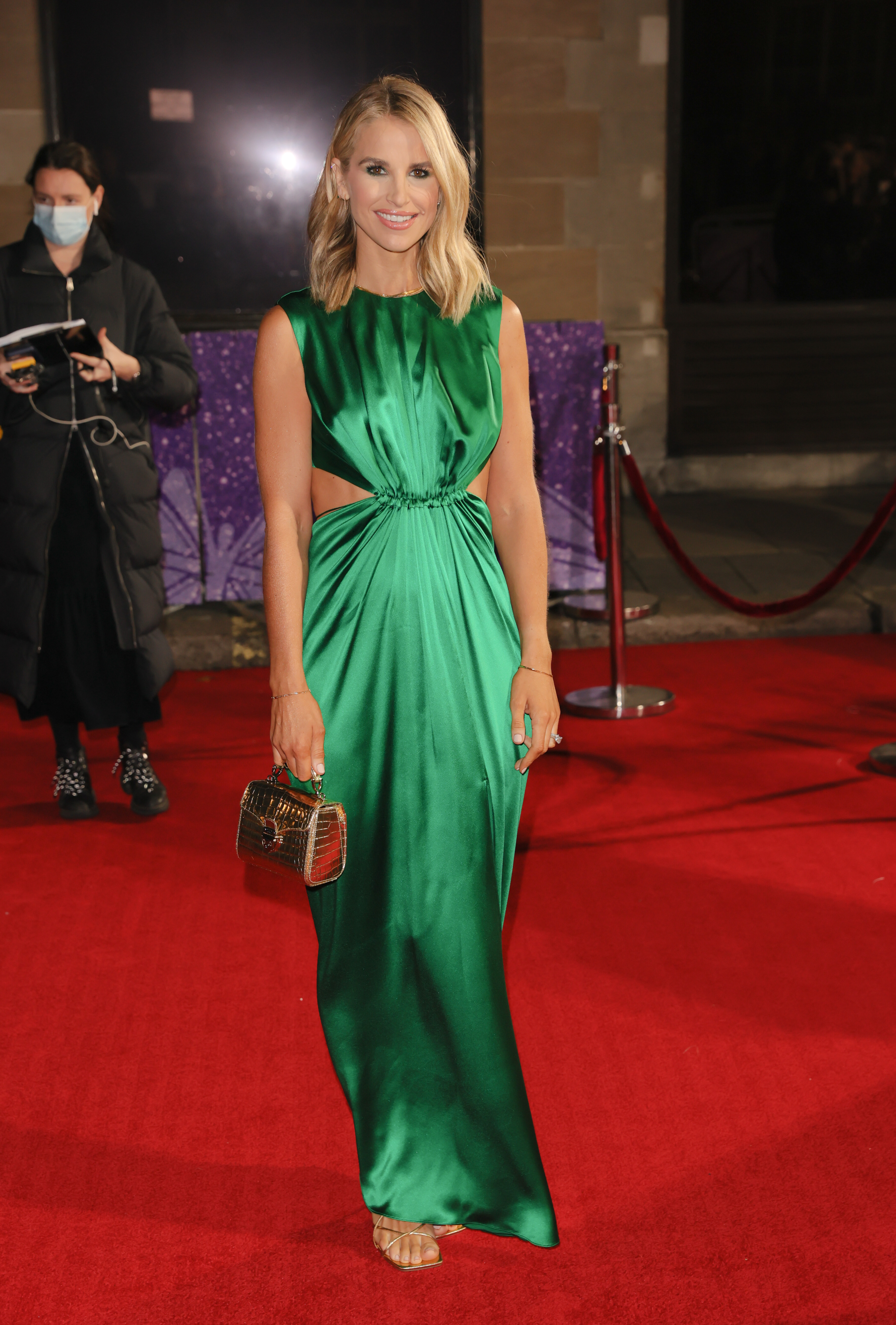 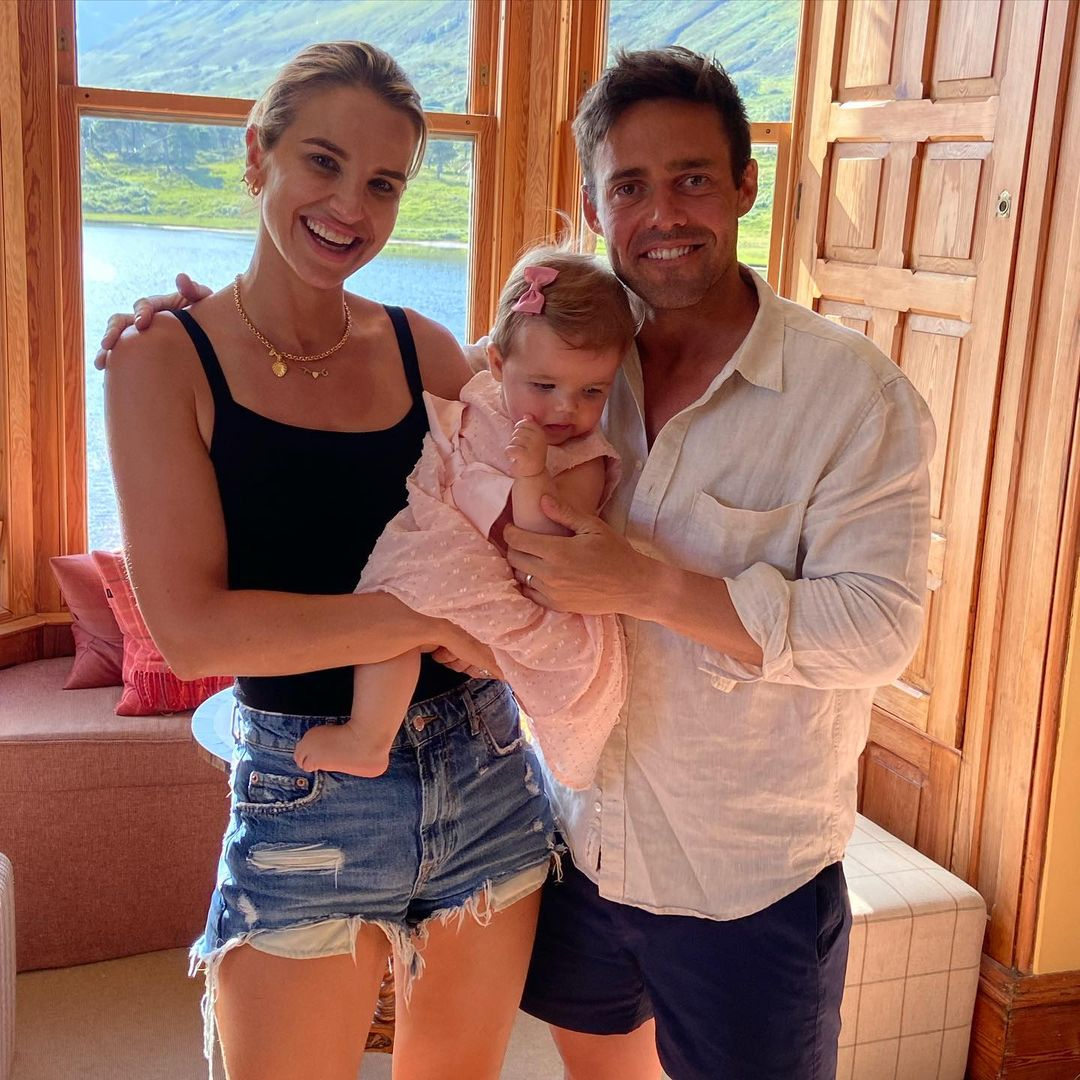 On Saturday night Vogue dazzled in an emerald silk gown on the red carpet at the Pride of Britain Awards.

She showed off her slender back as she walked arm in arm with husband Spencer, but the frock's loose front led fans to speculate she was pregnant.

One wrote on Instagram: "Ah I thought I spied a little bump in the green dress! Congrats."

While another posted: "Congratulations! I thought so in your green dress but I didn't want to assume."

And it seems like they were on the money as just a day later the big news was finally out.

She wrote how she was using the brand's new vitamin range to give her skin, hair and nails a boost.

Wearing a sunshine yellow dress as she sat at a kitchen breakfast bar, Vogue turned slightly to the side and rested her arm across her stomach.

Was it purposely done to hide her bump?

The couple regularly let fans into their lives through their weekly podcast Spencer & Vogue.

Recent episodes have seen the pair discuss the menopause and Vogue's favourite snacks.

The relaxed nature of the show means conversation flows naturally, but it nearly went a little too well.

Spencer unwittingly let slip of something that would have given away their happy news sooner than they'd have liked.

It prompted a swift edit to prolong their secret a little long.

Vogue told Hello: "We had to cut something out the other day because Spenny almost gave it away."

In their announcement chat with Hello, it was revealed that Vogue began to show a couple of weeks ago.

Throwback modelling snaps aside, a glance at the Irish beauty's Instagram page in that time features outfit choices that give nothing away.

Spencer superfans probably should have seen this coming given the man himself said he'd had it mapped out for years.

Breaking the news on Instagram, he said: "If you’d have told me a few years ago that by the age of 33 I’d have three beautiful children with the woman of my dreams I WOULD have believed you because that was always the plan….

"Having said that I feel fortunate every day for what we have. Family is EVERYTHING."