“It’s a human rights horror,” tweeted one mom, while activists used the moment to push for “bodily autonomy” 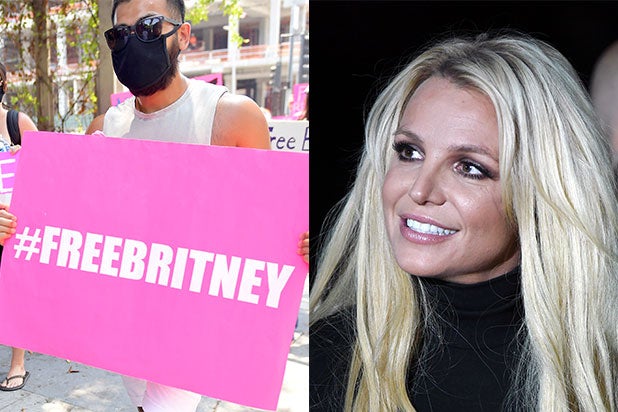 As Britney Spears continued her legal battle this week to end her conservatorship, women and women’s groups are fired up by an issue that came to light during her testimony: that she was prevented from removing her IUD birth control.

“The Britney Spears IUD is where pro-choice and pro-life America come together,” tweeted mother and journalist Bethany Mandel, expressing shock that was reflected across social media. “It’s a human rights horror.”

“We are behind all people having access to bodily autonomy,” said Julie A. Burkhart, founder and CEO of Trust Women, a Kansas-based organization providing access to reproductive care for women.

“The government, nor other individuals should be able to intervene in a person’s life the way people have been interfering in Ms. Spears’ life. That is a decision up to her. By honoring people’s autonomy in their own bodies, that is really respecting the life of that person. I would like to see, not only in Ms. Spears case, but in other cases if someone wants to see a health care provider and talk to them about a situation affecting their health, that person should always have access. Health care is a right.”

Planned Parenthood President Alexis McGill Johnson also came out in support of Spears’ right to make her own reproductive health choices: “It is incredibly distressing to hear the trauma that Britney Spears has been through — including the appalling news that she has not been able to remove her own IUD. We stand in solidarity with Britney and all women who face reproductive coercion. Your reproductive health is your own — and no one should make decisions about it for you. Every person should have the ability to make their own decisions about their bodies and exercise bodily autonomy.”

Advocates like McGill and Burkhart believe the issue around reproductive rights and coercion is not unique to the pop star, who was placed under the emergency conservatorship of her father, James Spears, following her mental health episodes in 2018. Under the arrangement, a judge has granted James Spears to make decisions on her behalf — including financial and health-related decisions.

Burkhart’s organization operates clinics and produces a “What Is Choice” video project highlighting issues where it believes reproductive choice is endangered. While reproductive coercion can happen to anyone, Burkhart said certain populations are more often targeted, especially women or those on a lower socioeconomic level.

“Reproductive rights are not just about abortion. It’s about access to, or deciding not to use a contraceptive device, or being able to choose where you give birth,” Burkhart said. “It’s not linear, so I hope this will help broaden that discussion. People’s bodies, especially women’s bodies, have been overly regulated. It’s clear that women and all people are capable of making their decisions and coming to conclusions themselves.”

Some advocates have argued that Spears’ conservatorship actually raises questions about the larger issue of disability rights. “What often gets left out of the Britney Spears narrative is two-fold: Britney was essentially deemed disabled in some way by the court, and conservatorships and guardianships happen far more frequently to disabled adults than is often discussed,” attorney Haley Moss wrote in Teen Vogue.

“But losing her civil rights didn’t have to happen, nor should it continue to happen to people with disabilities,” Moss argued. “If Britney has been fighting to end her conservatorship for 13 years, imagine how difficult it is for disabled people who encounter numerous barriers to access to courts, lawyers, and education about their own rights, all who deserve respect and have opinions that should be heard and honored.”

The advocates were responding to Spears’ emotional testimony in an L.A. courthouse Wednesday when she stated that she wants to get married and have a baby, but has been barred by her conservatorship team from visiting the doctor to remove her IUD.

“I should not be in a conservatorship if I can work and provide money and work for myself and pay other people,” Spears testified. “It makes no sense. The laws need to change. What state allows people to own other people’s money and to threaten them, and saying you can’t spend your money unless you do what we tell you to do? And I’m paying them.”

On social media, many shared their views on the matter, as the #FreeBritney movement continues to grow in reach.