House of the Dragon: Trailer for Game of Thrones prequel

House of the Dragon is the latest television adaptation of the internationally bestselling novel by author George RR Martin. While some fans have devoured the Game of Thrones author’s work to discover all the secrets of Westeros, some have been carefully avoiding spoilers as the fantasy epic continues on HBO.

A brief yet important line from King Joffrey Baratheon (played by Jack Gleeson) may have confirmed a key House of the Dragon character’s tragic fate.

All of the new characters, including King Viserys (Paddy Considine) and his brother Daemon (Matt Smith), are long dead by the time the events of the mainline series kicked off.

However, their ultimate fates remain unknown, and fans are eagerly awaiting to find out who kills who as the bloody Targaryen civil war unfolds. 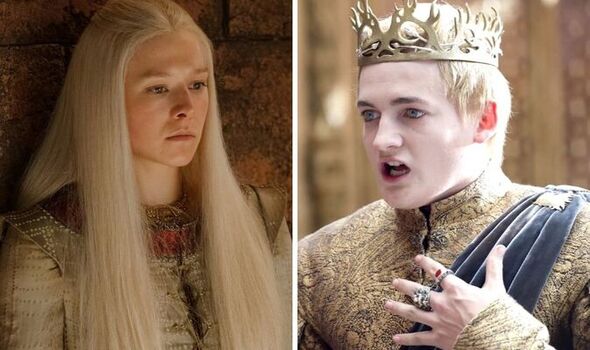 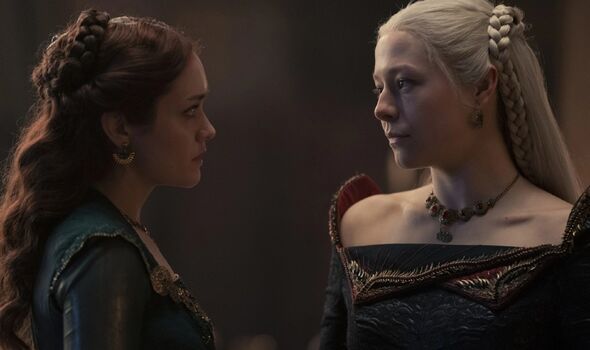 Unfortunately, the third season of Game of Thrones may have already confirmed how fan-favourite Princess Rhaenyra (Milly Alcock and Emma D’Arcy) will exit the series.

In the episode titled, And Now His Watch Is Ended, Joffrey reveals Rhaenyra met a grisly end when he visits her grave with Margaery Tyrell (Natalie Dormer).

“Rhaenyra Targaryen was murdered by her brother – or rather, his dragon,” Joffrey says.

“It ate her while her son watched. What’s left of her is buried in the crypts down there.” 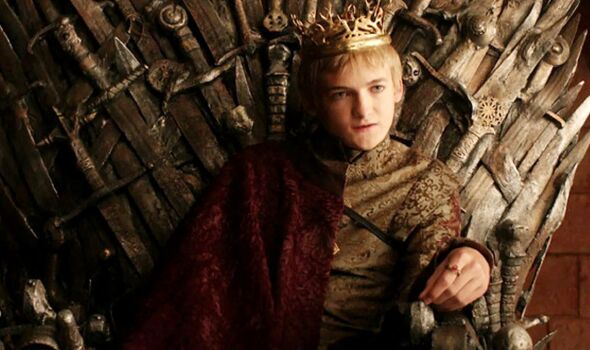 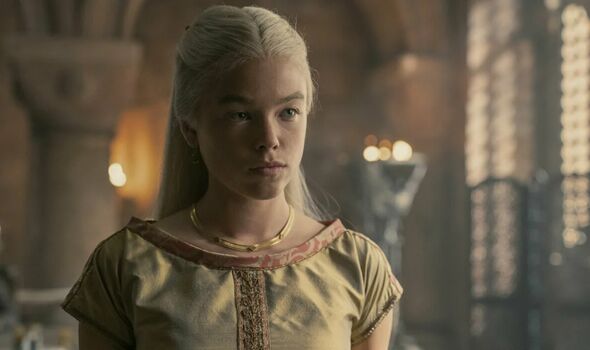 By the end of House of the Dragon’s planned five seasons, Rhaenyra will be subjected to one of the most gruesome deaths in Game of Thrones history.

Fans who were hoping to come to the new prequel with completely fresh eyes may be disappointed to realise her fate was already confirmed a few years ago.

Thankfully, Rhaenyra still has a little more time left in Westeros to enjoy before she’s ripped apart by the dragon.

Rhaenyra’s half-brother Aegon has only just entered the series as a baby, born to her close friend Alicent Hightower (Olivia Cooke).

It will probably take some years for Aegon to become sadistic enough to feed his sister to Sunfyre, so Rhaenyra’s death may not occur until House of the Dragon’s final season.

In the Targaryen history books, the princess is said to have laughed at the dragon’s injuries, prompting Aegon to provoke his steed by having his knight prick his sister with a knife.

Roused by the smell of her blood, Sunfyre engulfed Aegon’s victim in flames before devouring her in six bites.

Rhaenyra’s son, Aegon the Younger, is forced to watch, while another onlooker, Elinda Massey, supposedly gouged out her own eyes in horror.

While the details of how Aegon came to take revenge on his own half-sister remain a mystery to Game of Thrones fans, the original series has nevertheless confirmed Rhaenyra is destined for a gory demise.

So far, House of the Dragon has achieved the largest single-day viewership in HBO history, so there should be no doubt the Targaryen saga will continue alongside the network’s other planned spin-offs.

House of the Dragon continues Sundays on HBO in the USA and the following Monday on Sky Atlantic and NOW in the UK.