The 44-year-old wore a green and white floral dress perfect for the sunny weather, but not practical for news reading. 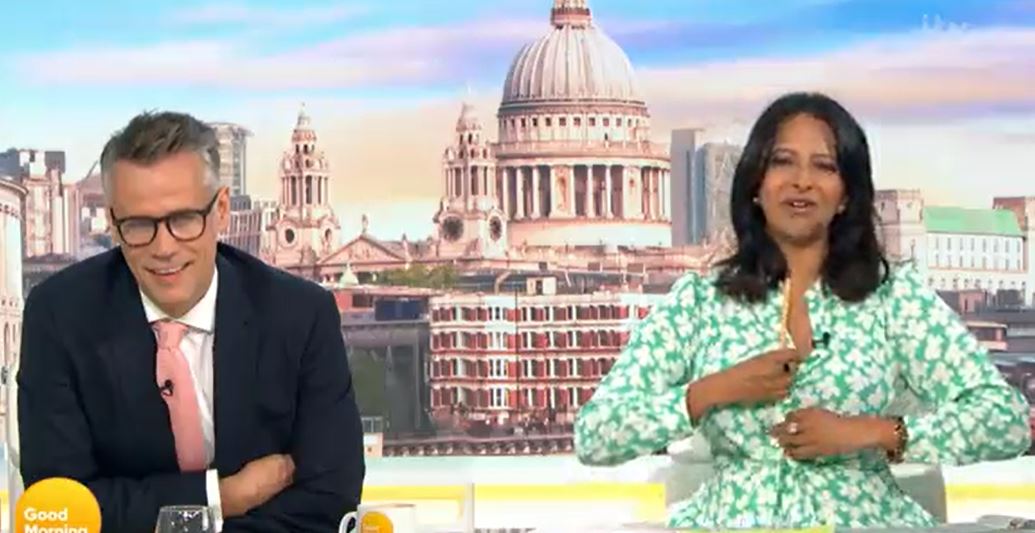 The presenter issued an apology to viewers as she fixed the open buttons on her neckline.

She was discussing Richard’s appearance on Blue Peter when the revealing fashion mishap happened.

Richard said: “There’s something about that, that makes me feel awkward," referring to the Blue Peter book Ranvir was holding up.

“A little bit of a sweaty palm,” Ranvir laughed as she adjusted her dress.

“Let’s take a look at the weather, shall we?” Ranvir began to say before she was interrupted by the crew who pointed out her wardrobe issue.

She continued: “Yes I am, I’ve been told my dress is a bit weird this morning.”

“I keep pulling at it, I’m sorry,” she apologised as she pulled her dress up as Richard laughed.

“Laura is in Warwickshire thing morning, on top of a camel apparently,” she added as she continued with the segment.

Last week, Richard got emotional on air as fans called for him to be given Piers Morgan's job full time.

The broadcaster returned to the ITV panel alongside Charlotte Hawkins, two years after he previously stood in for the Life Stories presenter.

Richard began the show by welcoming the audience to the show, but Charlotte made sure he felt settled on the panel.

She said: "Welcome to you!" before adding: "Great to have you here, welcome back."

Richard replied: "Richard Arnold just said welcome home out in the corridor. I was quite touched. It was quite sweet.

"It's great to be here. The voiceover at the beginning where it says 'Live from Television Centre'."

Richard added: "It does but it feels big, doesn't it."

The presenter then explained how his life has changed since he last hosted the show.

He said: "For me, I haven't done this for a couple of years and I live in America now where I have a slightly silly job basically inventing game-shows and producing game shows, which is a strange thing to do in the world. 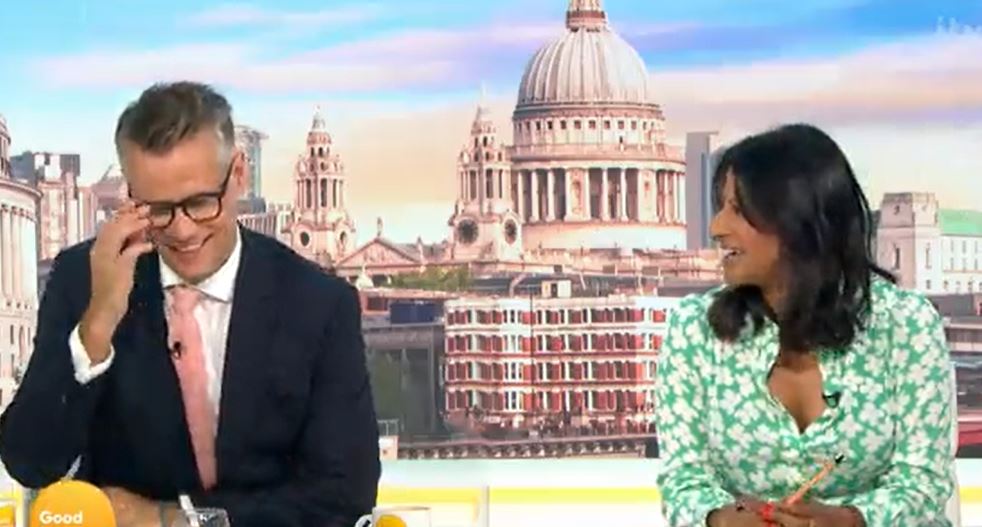