“Raya and the Last Dragon,” which grossed $32 million for its first month in theaters, made a strong general-public premium VOD debut. Everyone can now buy it at $29.99; previously, only Disney+ subscribers had the privilege with the same upcharge. The animated film took the top spot at FandangoNow (which ranks by money spent, favoring PVOD titles) as well as AppleTV which ranks by purchase volume.

“Black Widow” and “Cruella” are expected to follow suit in the coming months, but Disney+ availability looks a lot less threatening after the box-office success of “Godzilla vs. Kong,” which grossed $48.5 million — over 9 million tickets sold — even while available on HBO Max. In Canada, where most theaters are not yet open, it took in around $3 million U.S. as a PVOD offering.

After several weeks at $19.99, “Wonder Woman 1984” benefited from a price reduction to $5.99 three months after its theatrical debut — AKA normal practice. It is #1 at Google Play, and #2 at AppleTV and FandangoNow, where it leads multiple titles that cost three times as much. It also suggests the HBO Max shortfall in market penetration.

The last #1 spot, at Spectrum, went to “News of the World.” The Paul Greengrass western, a consistently strong player since its home debut in mid-January, is the only title on all four charts.

“Promising Young Woman” remains the highest-viewed VOD title among Oscar nominees. Netflix has shown no evidence of elevated audience interest in its many contenders, and “Minari” is no longer on any top 10 PVOD chart. “The Father,” which debuted on PVOD March 26, placed on two charts this week. “Judas and the Black Messiah,” which debuted on PVOD April 2, may show up next week.

“Chaos Running” came to PVOD after four weeks in theaters, where it saw a mediocre $12 million gross. “The Vault,” a Spanish-made bank heist thriller with Freddie Highmore, continues its strong showing as a home-viewing VOD original.

“The Little Things,” which is still PVOD after its HBO Max and theatrical play, remains strong with second and third place showings on two charts. The number of viewers willing to pay $19.99 after its free-with-subscription option continues to impress.

VOD originals that debuted this week, one chart each, include “Six Minutes to Midnight,” a World War II thriller with a cast that includes Judi Dench and Jim Broadbent; “Every Breath You Take,” a PVOD thriller with Casey Affleck; and “Senior Moment,” a Palm Springs romance with William Shatner and Jean Smart. 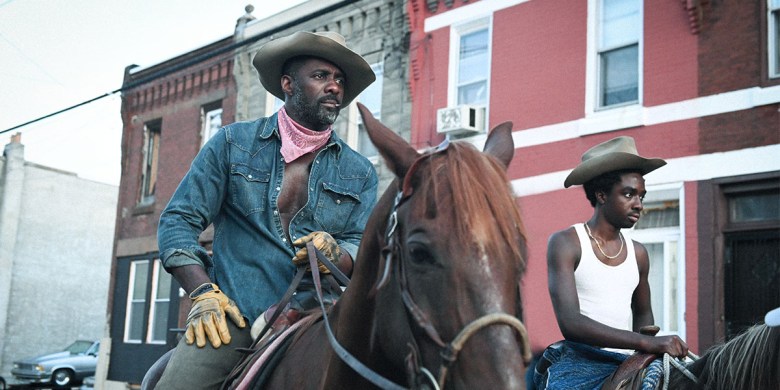 Ranked by number of transactions, with position as of Monday, April 5

Ranked by revenue accrued not transactions, for March 29 – April 4

Ranked by number of transactions, with the daily position as of Monday, April 5

Ranked by transactions between March 26 – April 1, all priced $6.99 except where noted

1. News of the World (Universal)

Most viewed, current ranking as of Monday, April 5; originals include both Netflix-produced and -acquired titles