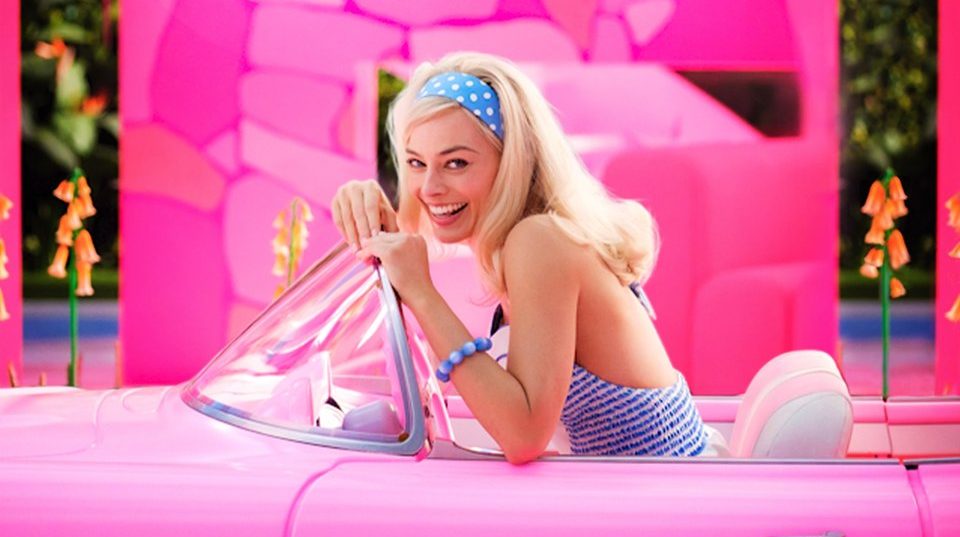 The film, which captured fans’ attention with its vivid set and costumes, and star-studded cast, has finished filming, with the stars enjoying an end-of-production party.

My Mad Fat Diary star Sharon Rooney shared a joyful snap of the bash with her Barbie co-stars, posing at the front next to Margot.

Stars including America Ferrera, and director Greta were also seen having a blast in the photo.

Actor Hari Nef also shared the photo, writing: ‘That’s a wrap!’ with a photo of her trailer door.

Fans have been obsessed with set photos of the upcoming movie, which have seen Margot and Ryan getting into character as Barbie and Ken.

We’ve seen Margot doing a brilliant Barbie scream and have been given a first look (or listen) to her voice as the doll, as well as seeing her and Ryan rocking cowboy hats, and her and America rocking roller skates.

Ryan recently teased some details about his version of Ken, telling ET Online: ‘Ken’s got no money, he’s got no job, he’s got no car, he’s got no house. He’s going through some stuff.’

The star also joked to Variety in a separate interview that he felt ‘seen’ as Ken, so fond is he of his doll counterpart’s wardrobe.

‘I felt like I was seeing myself. I felt seen,’ he recalled. ‘I think a lot of Kens will feel seen when they see this.’

The new Barbie film is a joint project between Warner Bros and the doll’s manufacturer Mattel, with details being kept under wraps – although it’s thought that the film will feature a meta aspect, with Will Ferrell starring as the CEO of a toy company.

Acclaimed actress and director Greta, 37, co-wrote the script with her partner Noah Baumbach, with the cast including Margot, Ryan, America and Will alongside new Doctor Who Ncuti Gatwa and his Sex Education co-star Emma Mackey, as well as Marvel superhero Simu Liu and more.