Wowza! Actor Zach Braff has done pretty well for himself thanks to his many years in show business. Of course, he is most remembered for his role on “Scrubs,” and with the show’s success, Braff was taking home the big bucks by the series finale. Plus, in addition to his mainstream recognition, Braff conquered the Broadway stage and appeared in performances of the “Twelfth Night,” “Bullets over Broadway The Musical,” and more.

But in 2004, Braff proved he is a jack of all trades with the success of his directorial debut in his film “Garden State.” Although the movie struggled to find financing, it raked in $35 million at the box office, per Vulture, proving the naysayers wrong. He was very hands-on with this project, considering he directed, wrote, and starred in the film. He even personally compiled the film’s soundtrack, winning him a Grammy for Best Compilation Soundtrack in 2005.

While Braff is keeping busy behind the scenes today, he also stays occupied with his various other endeavors, which of course, helps his already impressive net worth. Keep scrolling for more details about Braff’s incredible fortune.

Zach Braff is raking in millions 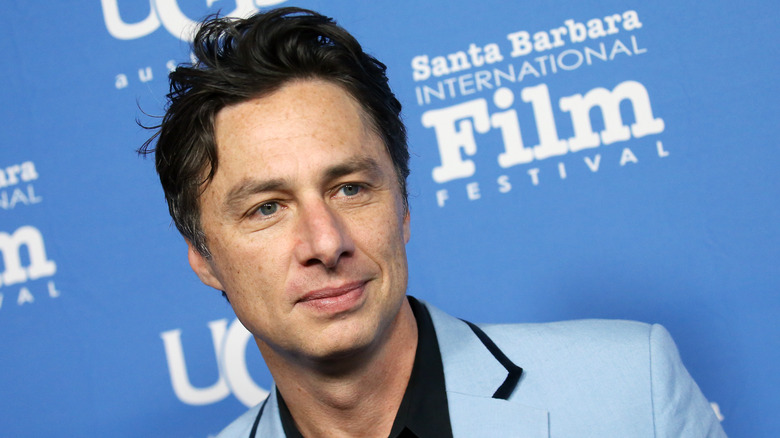 With his many years in the public eye, it’s no surprise Zach Braff is worth a pretty penny. Braff was earning $350,000 per episode just from his gig on “Scrubs” at the show’s height, giving him an annual salary of about $3.85 million by the series’ seventh season, according to Celebrity Net Worth. He was also compensated for the episodes he directed in addition to his various other business dealings.

Asides from his work in front of and behind the camera, he also opened his own restaurant in 2009 called, Mermaid Oyster Bar. He used his bucks to finance the Rio Theater in Monte Rio, as well. But his most recent work came in 2020 when he and Donald Faison started their own “Fake Doctors, Real Friends” podcast, where they talk everything “Scrubs” and more.

With all that said, Braff is worth a whopping $20 million. It looks like playing a fake doctor brought him more cash than if he had a real medical license.