HOLLY Willoughby got the giggles as she talked about lesbian dog sex on This Morning.

The presenter looked embarrassed as she quizzed a pug owner about her pets' sex life. 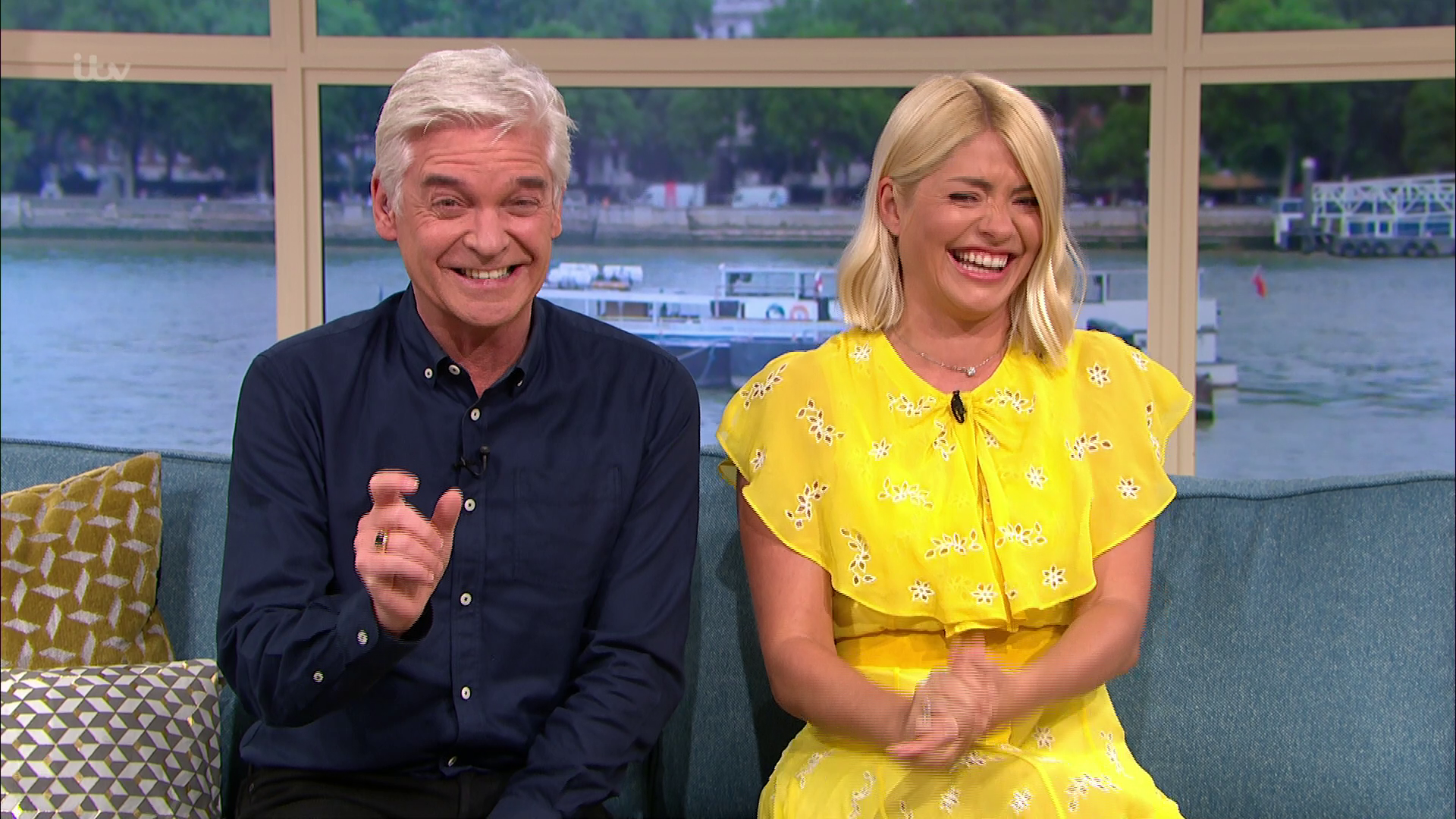 After being told about the dogs' close bond, Holly pushed further by asking: "In what way does that manifest itself?"

"They lick each other's faces and ears. They sleep together in close contact. It's almost painful if they haven't.

"Then it progresses. When they get overexcited in the day that may over spill into extra activities.

"I can't show you the video now… 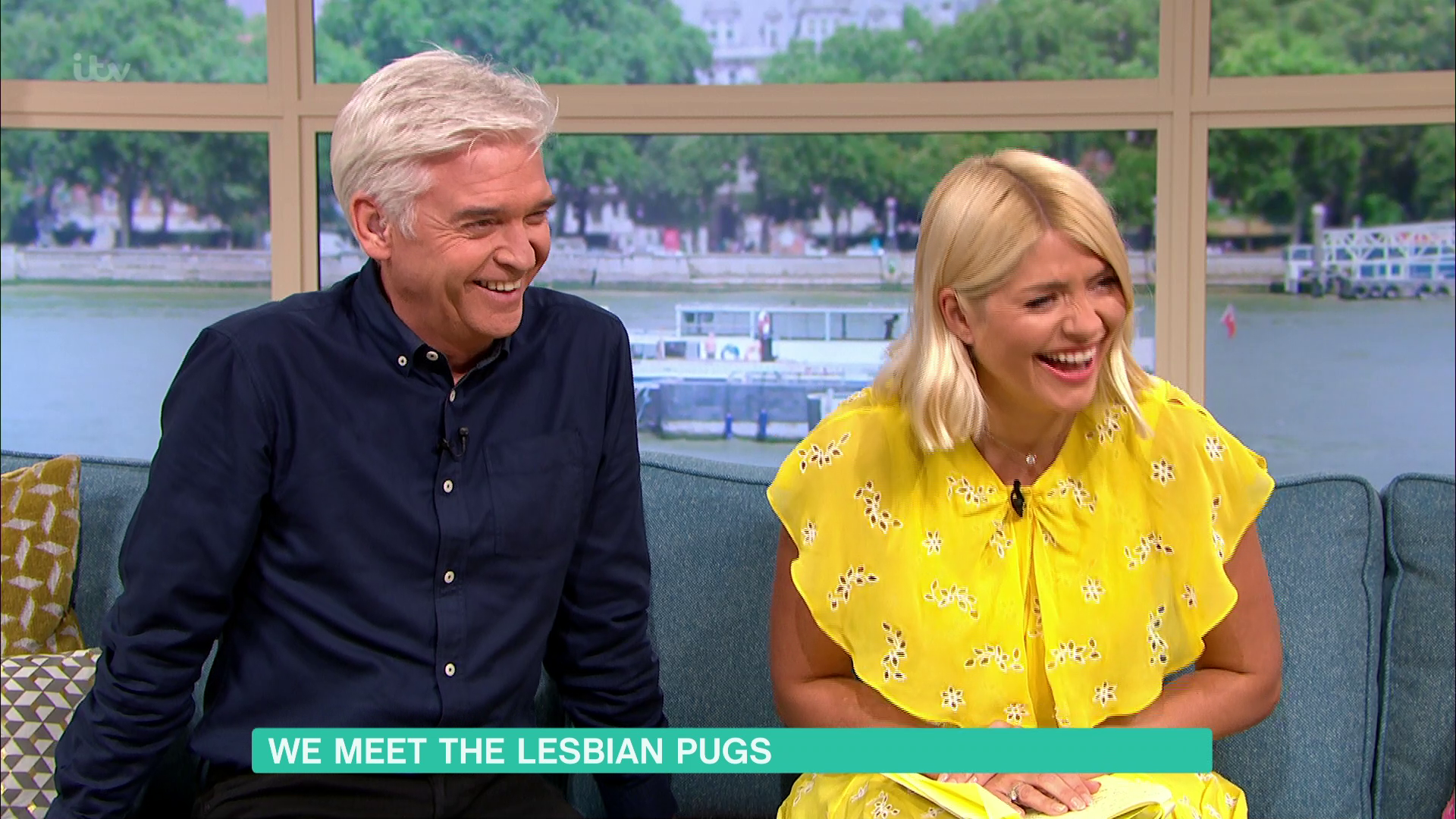 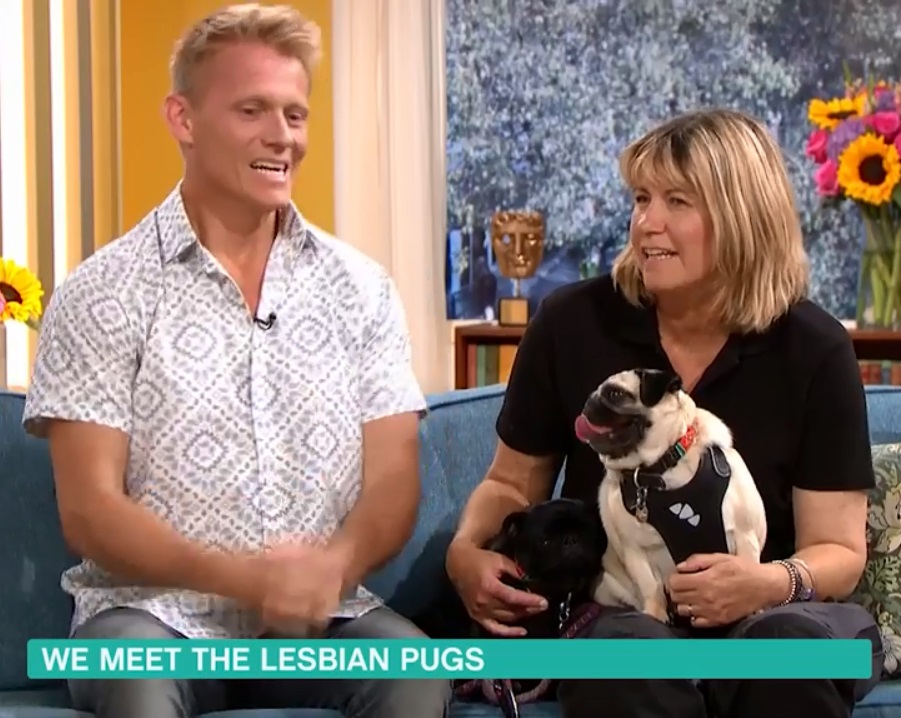 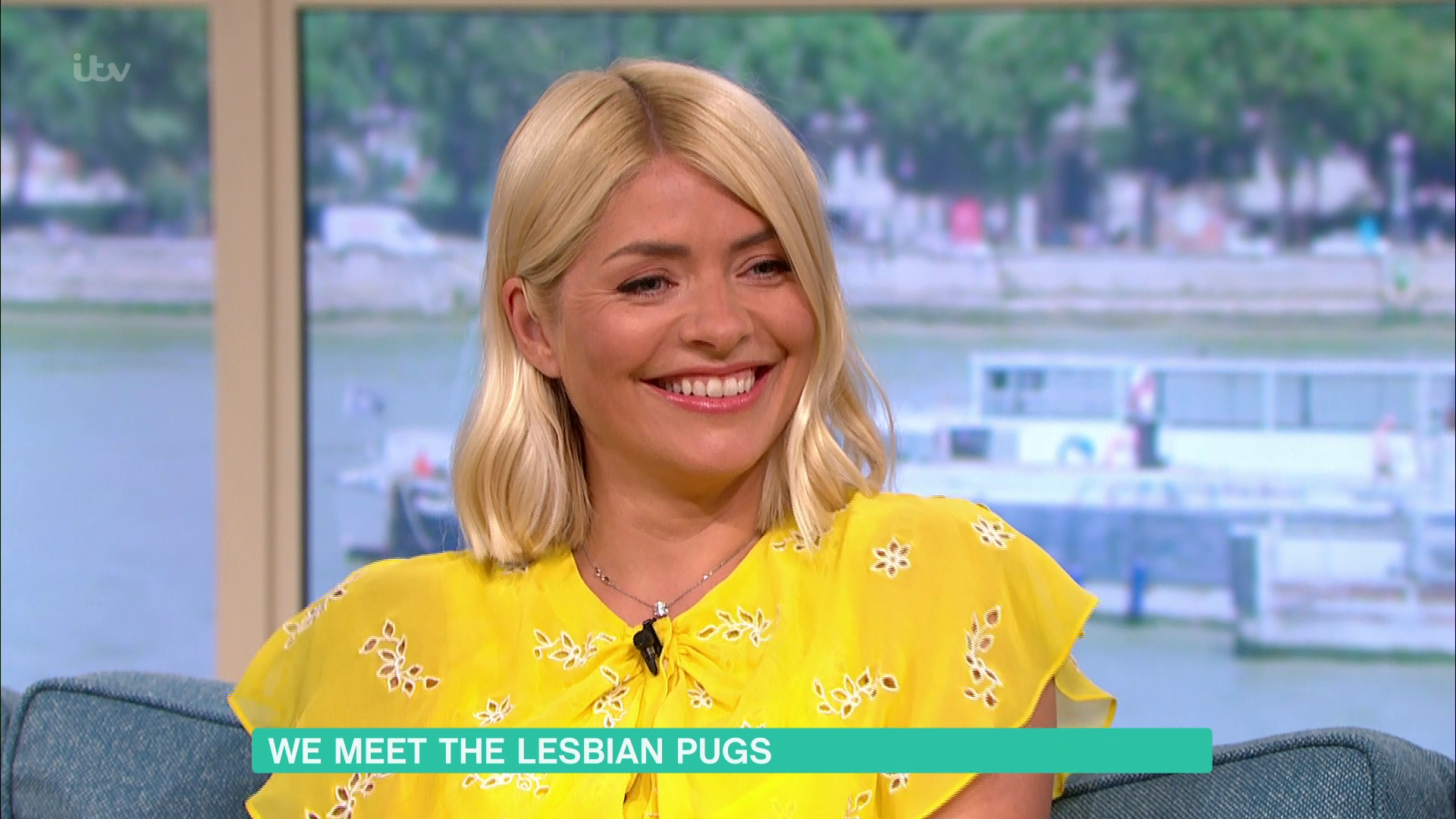 "They will mount each other, but not always on the right end. It's the intensity of the love."

This sent Holly over the edge as she sat back laughing mid-interview.

Not quite convinced about the sexuality of the dogs, Phil argued: "Nelly when she was in heat she was quite happy to go off and see the guys, so she could be bisexual.

"Maybe to her, Pugley is just a friend with benefits." 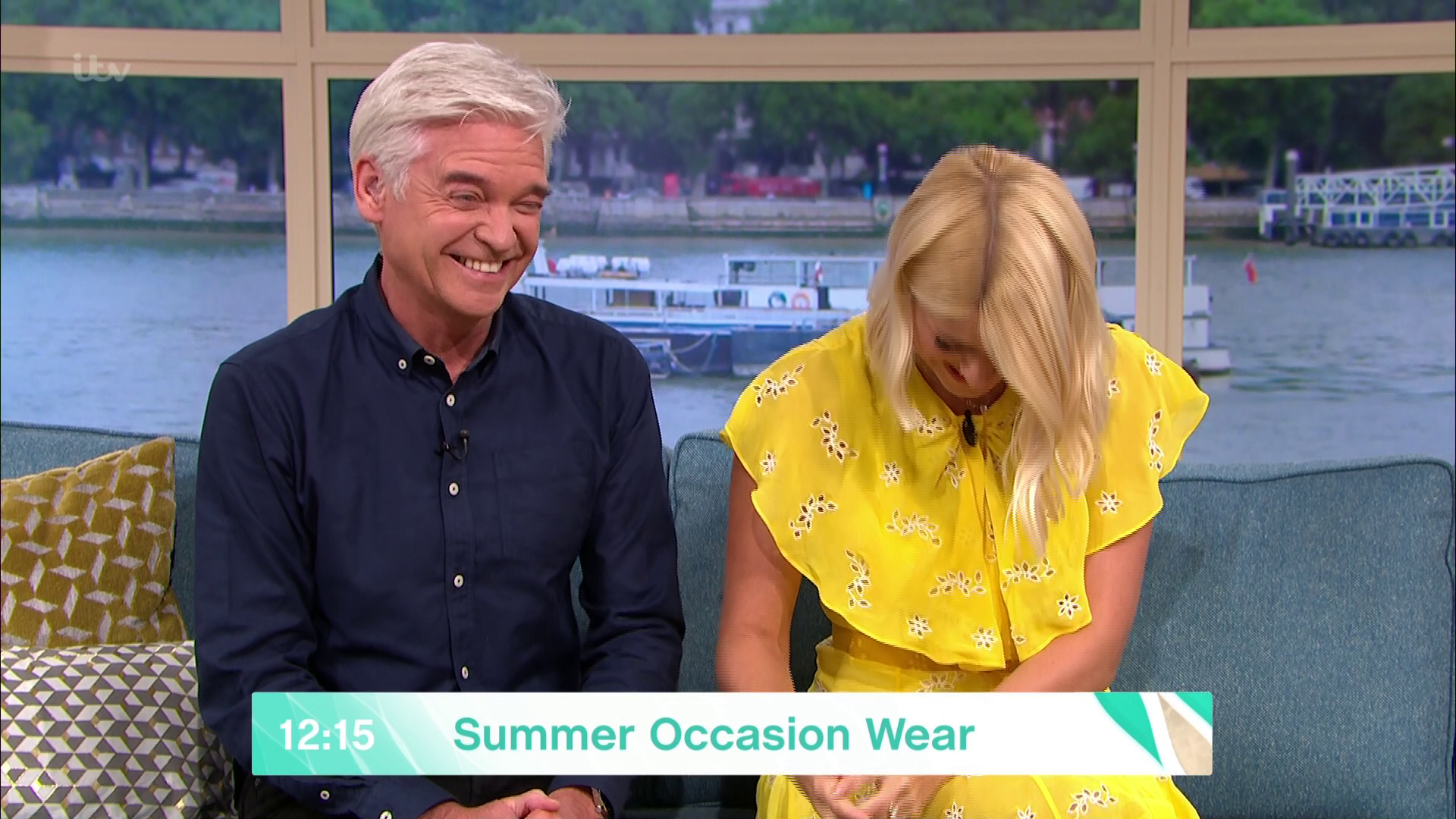 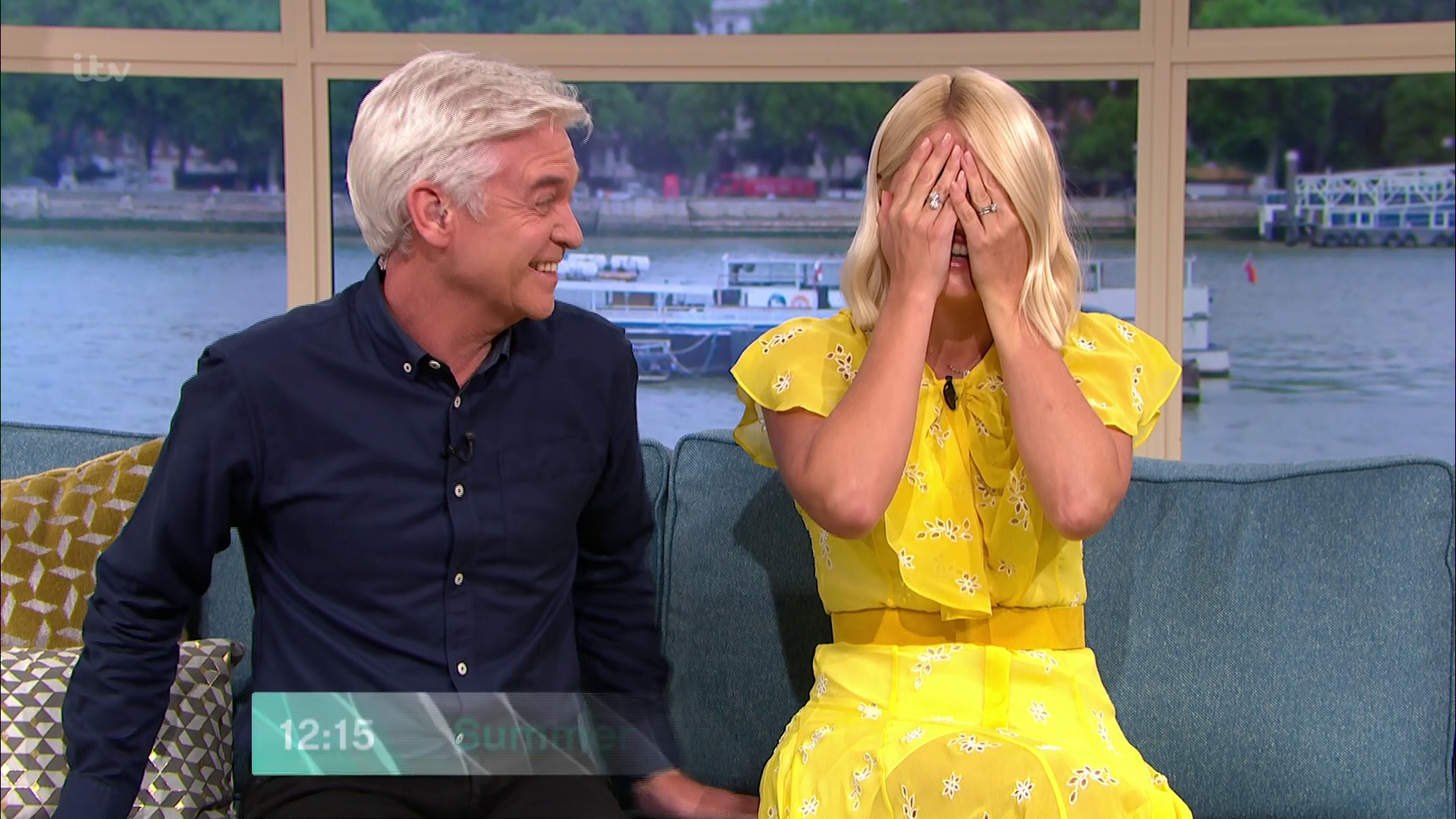 The moment set the agenda for the rest of the show as the hosts struggle to get through a link.

Holly cried with laughter as Phil lost it on air while reading the autocue.

Phil said: "Welcome back. She's taken a break from tending her flock…to cook us a summer treat."

Tickled by Phil struggling to say "flock" and "cook" so close together, the camera panned back to Holly who had tears in her eyes.

She found it tricky to get through her line in the script before she got the giggles again.

Holly shouted "sorry" as she put her hands over her face, adding: "Flock and cook so close together just scared me."

Phil added: "That's as dangerous as it's got recently."