This Morning: Holly appears to 'roll eyes' at Phil

This Morning has faced a huge backlash in recent weeks after Holly Willoughby and Phillip Schofield faced calls to be sacked over their “queue jump” to see the Queen’s coffin. More recently they were slammed for endorsing a cooking segment which included £100 truffle amidst the cost of living crisis. Now, viewers think Holly has “had enough” of her co-host.

The This Morning hosts were joined by Polly Brooks MBE earlier in the week to talk about the Bali bombings, 20 years on.

Polly suffered 43 percent of burns in the terror attack herself, but also tragically lost Dan, her husband of just five weeks, and her best friend Annika in the bombings.

Polly established Dan’s Fund For Burns in memory of her husband and spoke about rebuilding her life. 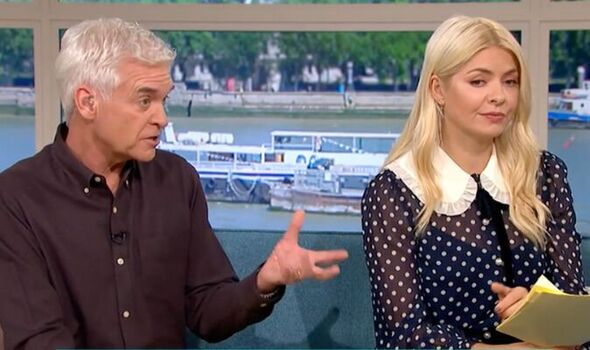 As she opened up to the hosts, Holly was clearly touched by her story and was heard gasping: “Wow, gosh.”

Before she could continue, Phillip cut her off to remarked: “43 percent of your body was burnt I think. This is screaming agony.”

Holly could be seen looking disappointed as she was not given the chance to continue with her line of questioning.

The moment was caught by a TikTok user and shared with the caption: “Holly’s eye roll when Phil cuts her off.” 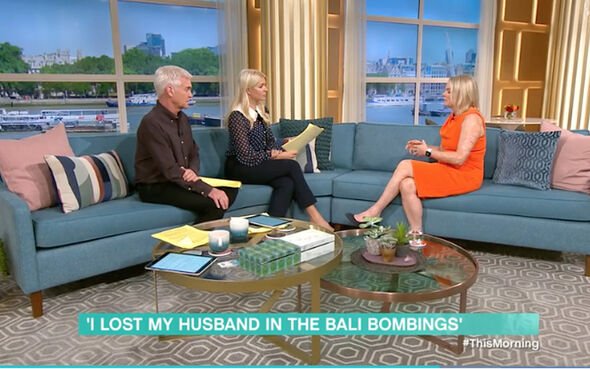 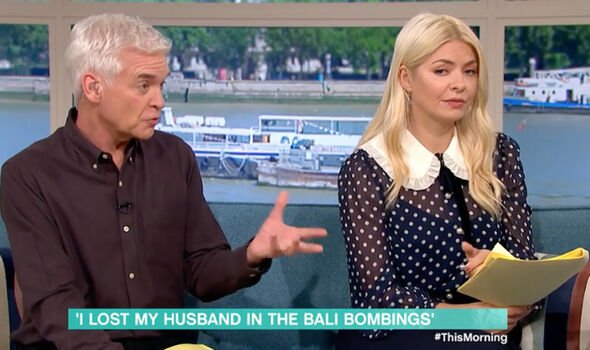 Many were quick to comment on the moment, with one user replying: “That was some side-eye slide.”

Another added: “Trouble in paradise,” as a third commented: “Holly has had enough.”

It comes after ITV chief executive Dame Carolyn McCall jumped to the defence of Holly and Phillip amid the “queue jump” row.

The pair claimed they had press accreditation to film a segment for This Morning for viewers who could not see the Queen lying-in-state.

“Imagine yourself in the eye of a storm like this, where you’re trying to say you’ve done nothing wrong, and all the noise around you is saying that you have. It’s difficult to handle.”

She went on to reassure viewers the pair were at Westminster Hall to work.

“They did have accreditation,” she continued.

“Lots of people say they didn’t. They were sent by This Morning to do a piece for 20 September, which ran. They were to interview people inside and outside.

“They didn’t displace anyone in the queue. And actually, they’ve been very misrepresented.”

She later reaffirmed: “They did not do anything wrong.”

This Morning airs weekdays on ITV at 10am.