HOLLY Willoughby has revealed a very high-stakes game of 'strip fondue' she plays on ski holidays.

The 39-year-old star shocked her This Morning co-host Phillip Schofield with the revelation as they tasted the molten cheese dish on the show today. 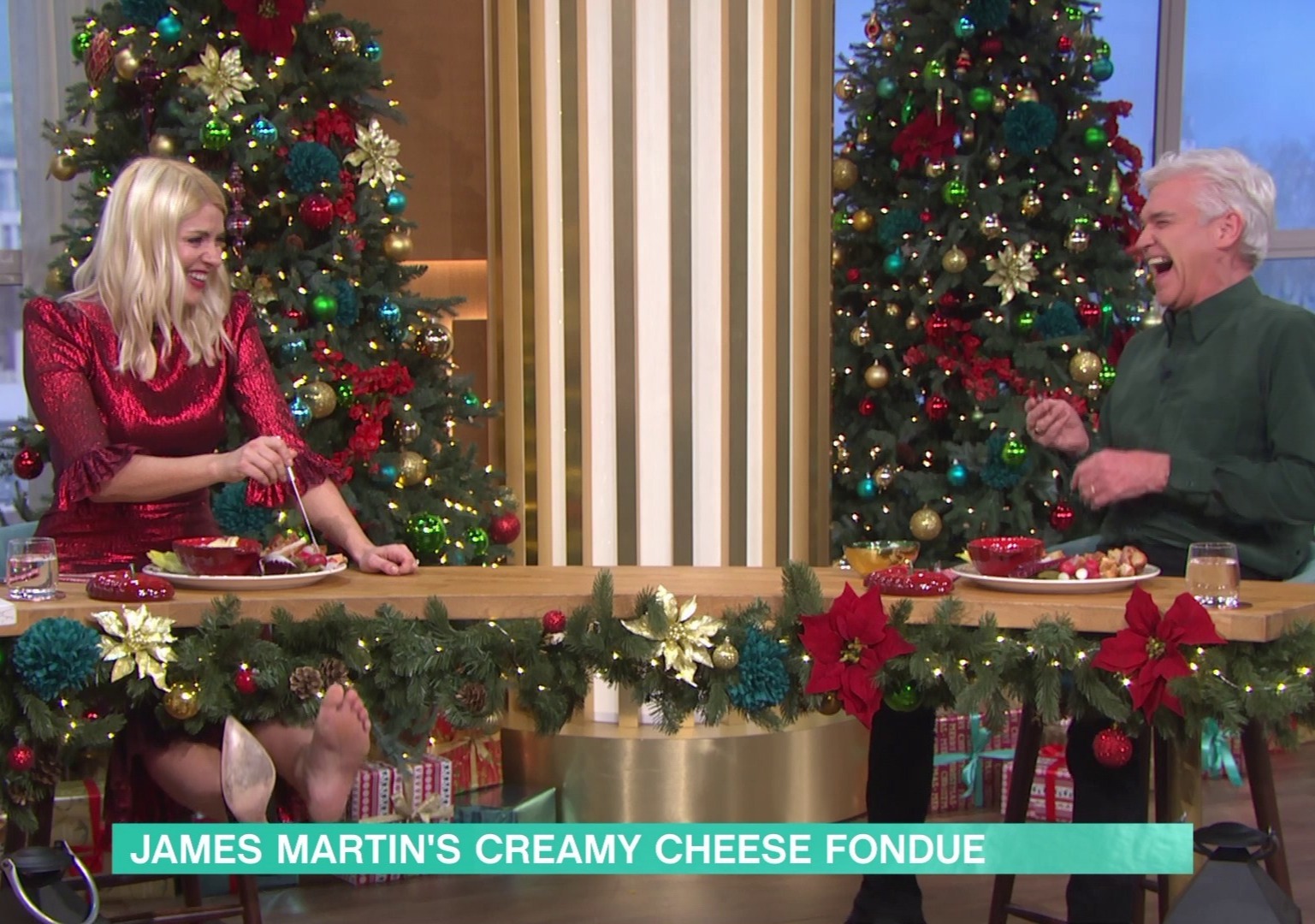 She said: "I've lost an onion in there. If you lose what you're dipping in a fondue you have to take off a layer of clothing."

As Phillip looked on in disbelief, she went on: "That's the rule – that's the fondue rule guys."

The 58-year-old joked: "I said – why did I not come skiing with you? That was such a ridiculous mistake. Is that right?"

Holly replied: "That's the rule. I've only lost one bit though – I'll take a shoe off. I'd better not lose any more." 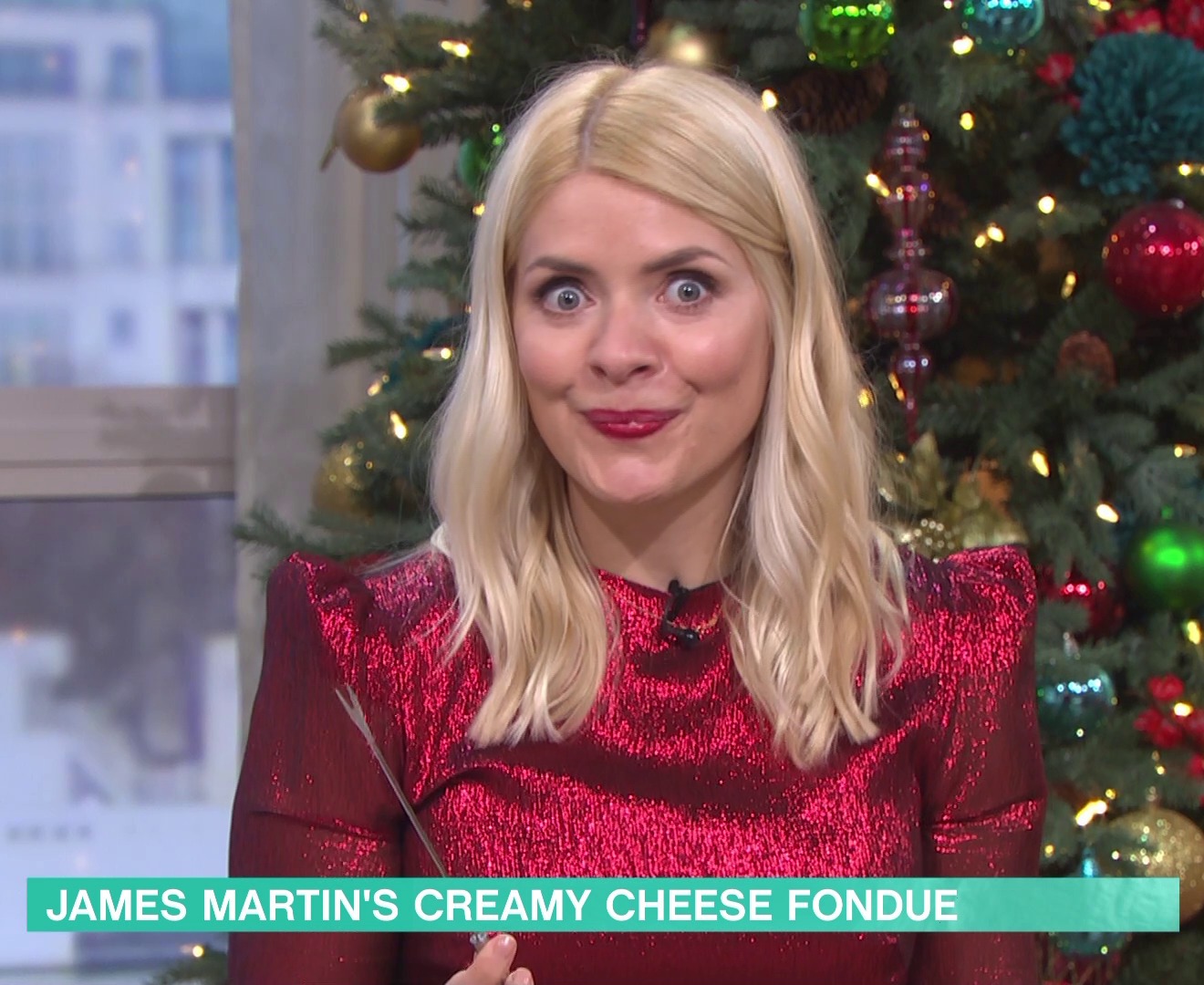 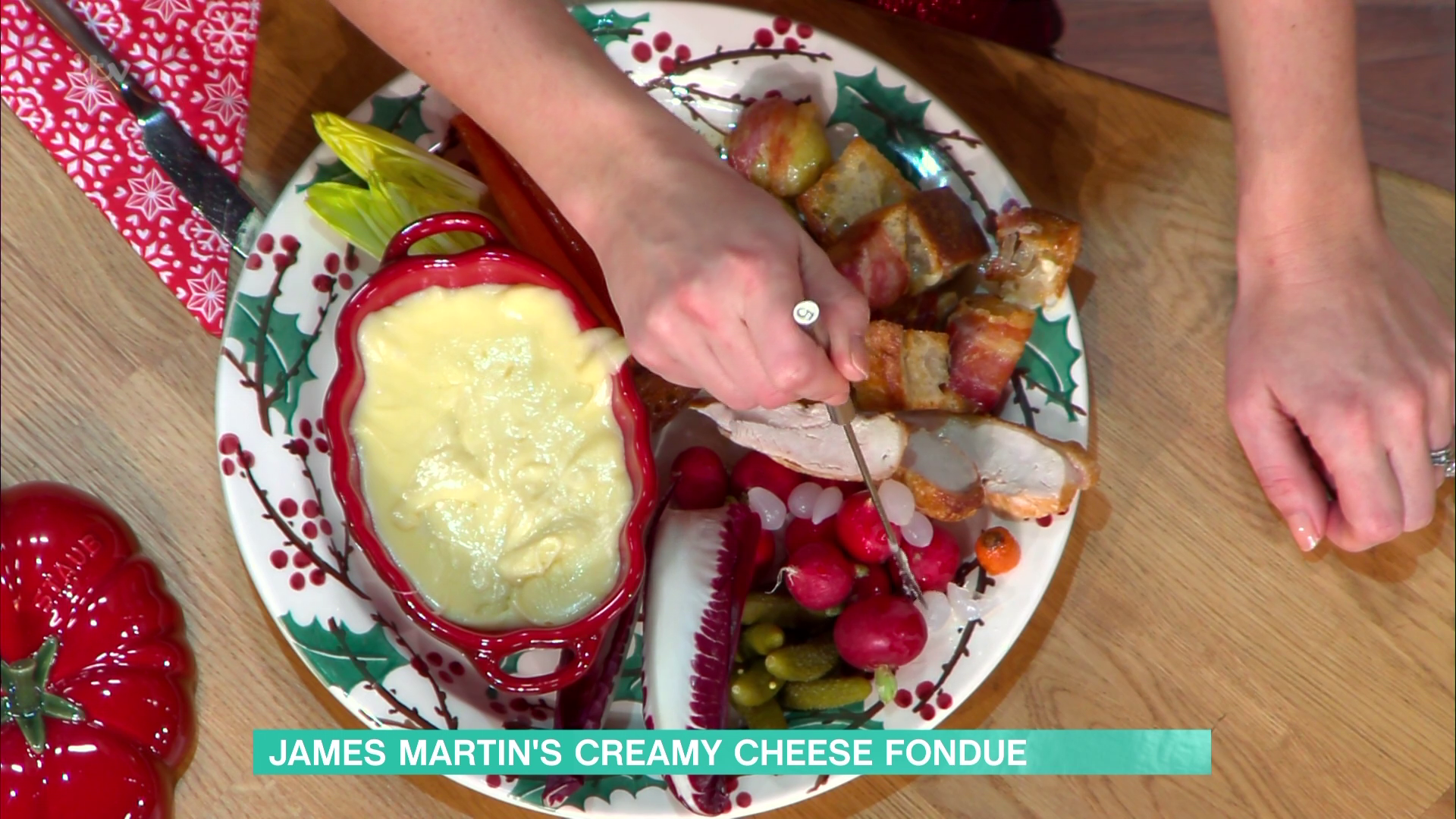 At that she then kicked off one of the high-heels on the Christmas-themed outfit she was wearing on today's This Morning.