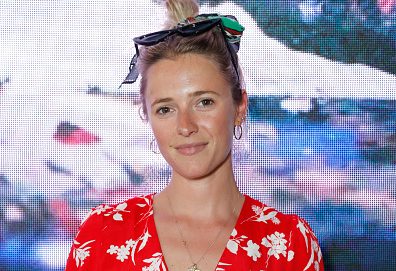 Hollyoaks star Scarlett Bowman has shared a terrifying ordeal she and her family experienced a few days ago when her two-year-old son had to be rushed to hospital.

The actor has assured fans that he is now resting at home, but will have ‘one heck of a scar’.

In a post shared on her Instagram Story, Scarlett, 35, explained that on Friday evening, they endured ‘a very scary accident’ just before her baby boy, Rafael, was about to have a bath.

‘My poor bubba fell into our almost baby proofed glass coffee table and had to be rushed to hospital,’ she said.

Scarlett, who plays Maddie Morrison on the soap, explained that they travelled to hospital in a taxi after finding out that an ambulance wouldn’t be available ‘for up to an hour’.

‘He needed surgery to repair it but as he is recovering from a respiratory virus he was not able to have it (thank god),’ she said.

‘We are safe back home and resting but he will have one heck of a scar. Any scar treatments pls let me know!’

Scarlett stressed that the ‘scariest’ aspect of the incident was the fact that they were unable to get an ambulance ‘when we most needed it’.

‘Thank you Dr Cyrus for coming to our rescue #nhs,’ she added.

In June this year, she gave birth to their second child, a daughter called Juno.

She was a regular on Hollyoaks between 2011 and 2012, having also previously starred on BBC series The Cut.

‘This is 2. You are my pride and JOY. I love you more than you will ever know,’ she wrote in the caption.

When Juno was born, the artist shared a black-and-white picture of herself holding her newborn daughter alongside her husband.

‘Welcome to this crazy world little lady. @robcolicci is our hero for looking after us we love you,’ she said at the time.