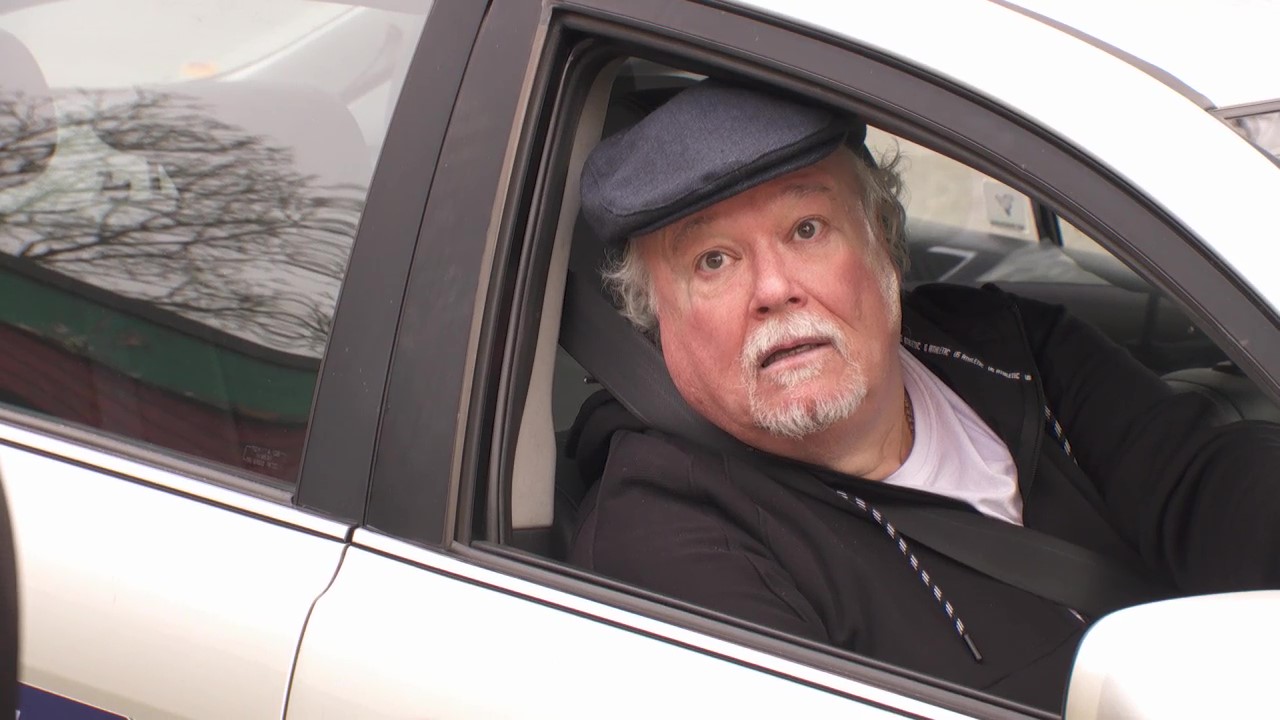 Soap royalty Michael Starke is set to appear in Hollyoaks for a cameo – as a taxi driver who brings awkwardness and embarrassment to Nancy (Jessica Fox) and Darren’s (Ashley Taylor Dawson) date.

Michael is best known for his role as Sinbad in Brookside but also was the head of the Morton family in Coronation Street.

Nancy and Darren are tentatively heading on a date to see if they can get things back on track – but it’s fair to say their cabbie steals the show and makes things pretty uncomfortable.

Speaking to Metro.co.uk, Michael said: ‘I’m friends with Duncan Foster, the director and we worked on The Royle and Benidorm. He’s a great guy and he saw my name on the cast and asked if I’d do it.

‘I would have do it anyway, it’s literally round the corner and it’s a funny part but especially during these times it’s good. It came about at the right time as I have had a few TV roles, so I am bit of a role.

‘The young cast were amazing and great fun -and so many people from the crew on Brookside, they were still there. I filmed my scenes and spent the rest of the day finding everyone and gabbing.’

Speaking about his character, he laughed: ‘He is cheeky and nosy the situation is award as Darren has one woman in the cab one day and another the other day so he really takes the mickey. He is laughing at him a bit and says he’s got himself into a right little mess. I really enjoyed it. They’re such a great bunch there!’

So would he like to have a more permanent role as the character to bring some light relief to Hollyoaks?

Michael’s answer was instant. He said: Oh absolutely! That was the good thing about Brookside, it was just round the corner. That’s how Sinbad started out, he was just a recurring character but gradually he became more central and I ended up staying 16 years!’

With Brookside’s 40th anniversary approaching, Michael has nothing but fond memories of the time: ‘It was just such a great experience and I got to dig up Trevor Joardache. Most people think I buried the body, I have to correct it. It’s probably the biggest storyline ever in the show. And it went on to then have the first same sex love story. It gave the story much more longevity.

‘I’d love a reunion with everyone – maybe they could repeat it all and we can get some fees! A lot of people want it back but the set is all private now and it would be all new characters so you probably couldn’t call it Brookside anymore.’

And Michael commends Hollyoaks for picking up the baton for tackling issues and gritty storylines, adding: ‘I am pleased they have taken on a bit of Brookside’s legacy – there were a lot of great actors in the show and there is so much talent in Hollyoaks too.’

What other roles would he like to take on?

He laughed: ‘I’d love to play something more villainous – I am typecast but I have had a diverse career and it’s better to be typecast than not cast all! I know I will never be Batman or James Bond, I have to stay within the parameters of my appearance.

‘But it would be nice to play something darker. They’d never suspect me, theyst think I was Sinbad – I’d love to play something sinister! And of course, I could also tick off Emmerdale and EastEnders – get the whole lot ticked off!’