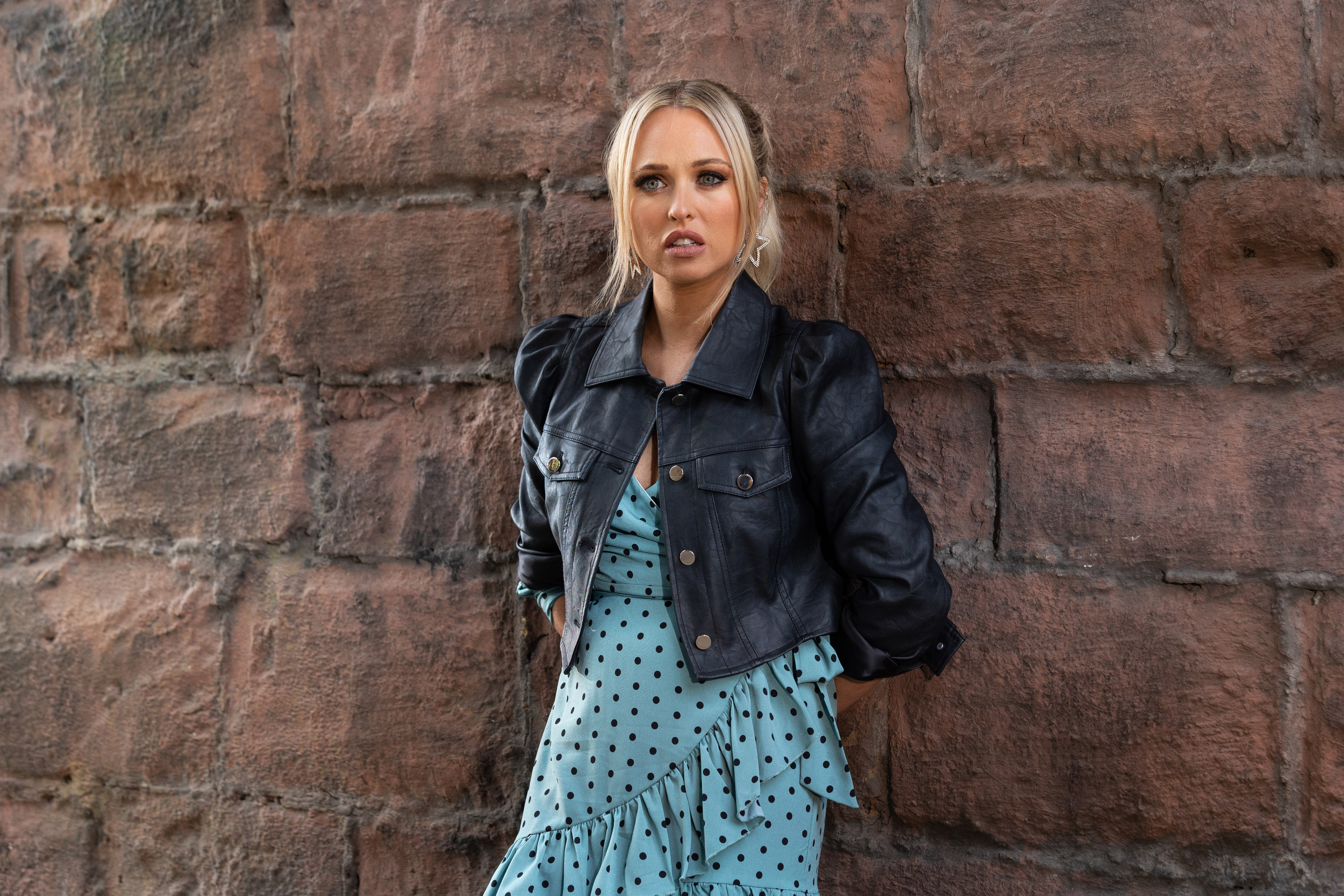 Hollyoaks star Jorgie Porter has opened up about her miscarriage, revealing that she couldn’t find anyone to talk to who understood what she was going through.

The actress, who plays Theresa McQueen on the Channel 4 soap, opened up last month about her loss, revealing that she’d miscarried quadruplets earlier this year.

The 33-year-old discussed her experience in detail during the latest episode of her podcast Loose Lips, telling co-host Sharon Carpenter that she was unable to open up about what she went through in the immediate aftermath.

‘Nobody really tells you about miscarriage,’ she said.

‘It’s not taught at schools. We’re finding these things out in magazines and on [social media platforms].

‘When you actually live it yourself, your mind goes through so many things and questions.’

Jorgie, 33, explained that she couldn’t find anyone to speak to or relate to in the wake of her miscarriage.

‘I couldn’t find someone who has miscarried quadruplets at that time or someone to speak to,’ she said.

The actress first shared her experience last month, describing her shock at finding out that she was carrying four babies at a private scan.

She had previously ruled out having children but seven months into dating property developer boyfriend Ollie Piotrowski, she had a change of heart.

After stopping her birth control measures, Jorgie discovered within weeks that she was pregnant.

13 weeks into the pregnancy, however, a scan led to terrible news for the couple as it was confirmed that there was no life remaining in the embryos, as she had suffered a missed miscarriage, which sees the body not process the loss of life and continue to exhibit pregnancy symptoms.

In an interview with The Sun’s Fabulous Magazine, Jorgie explained: ‘It didn’t make sense. I’d not had any sign that things weren’t OK.

‘No pain or bleeding, I was getting bigger, my boobs were growing, I had so much hair on my body and I still felt pregnant. When the consultant performed the scan then said: “You’ve miscarried,” I was in total shock.’