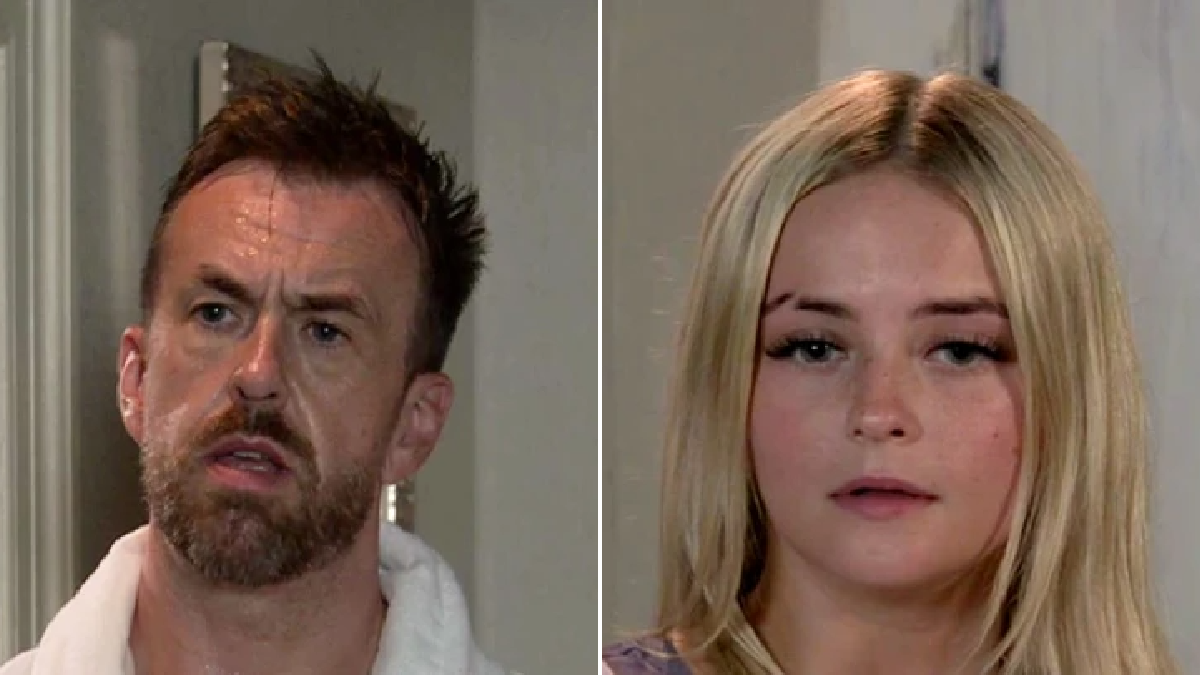 Kelly Neelan (Millie Gibson) faced a terrifying ordeal in Coronation Street tonight when a customer at a hotel nearly sexually assaulted her.

The teenager is currently homeless after leaving her assisted accommodation that she was placed in when she was released from prison.

Tonight, with her phone needing to be charged, she entered a hotel and plugged it in.

However, Kelly was put on the spot when a waitress questioned what hotel room she was staying in.

Overhearing everything was Alan – an older man who told the waitress Kelly was staying with him.

Kelly went along with it, and later found herself having dinner with Alan, but when he called Kelly beautiful, she sensed danger and left.

With nowhere else to turn as Aadi (Adam Hussain) wasn’t answering his phone, Kelly made her way back to the hotel and knocked on Alan’s door.

As Alan left the room for a shower, Kelly was on her own and quickly stole the creepy man’s wallet.

But when Alan caught her, his anger grew and threatened to call the police.

Kelly managed to save herself from the situation by telling Alan she’s underage, kneeing him in the groin and running away.

Alone and distraught, Kelly broke down in tears, realising time in prison has turned her life upside-down.

But can Kelly find help?

She’s desperate to make amends, will anyone in Weatherfield support Kelly?