Homes Under the Hammer: Dion Dublin finds a huge crack

Former footballer Dion Dublin has become a fan favourite among Homes Under the Hammer viewers, as he regularly conducts entertaining and informative property searches on the BBC show. However, those watching at home have recently spotted Dion appears to have a catchphrase, with one viewer taking the time to put together a supercut of the presenter’s most used quote.

One Homes Under the Hammer fan took the time to compile a selection of clips comically showcasing Dion’s regular use of the phrase “Stairs going up to the bedrooms”.

The video, which lasts a total of two minutes and sixteen seconds, was put together by viewer David Clissold, also known as @discokidnap on Twitter.

After sharing it on social media, David’s video quickly gained attention, with a number of Twitter users noting that they too had picked up on Dion’s catchphrase. 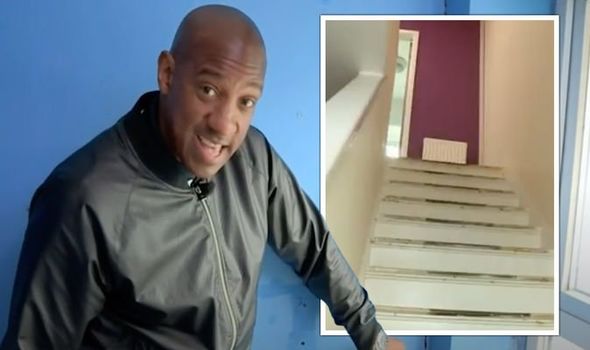 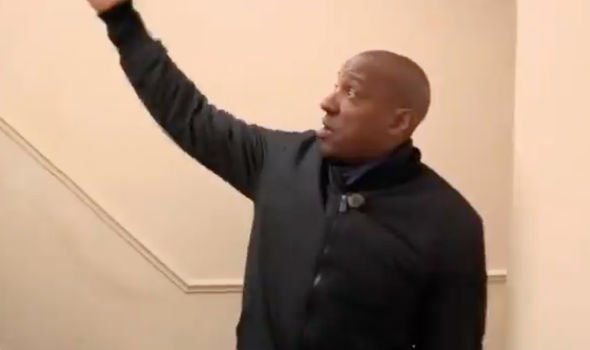 Many fans commented on the video, sharing their love of Dion’s crutch phrase.

“This is my favourite thing,” one Twitter user wrote, adding: “Ps. Dion must hate bungalows!”

Another agreed, pointing out that bedrooms aren’t always upstairs: “His mind must be blown by reverse living.”

“I watched all 2 minutes and 16 seconds of this and legit laughed at every clip,” a third fan wrote. 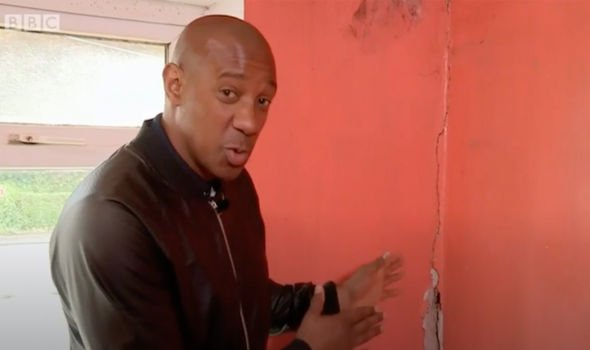 In a recent episode of Homes Under the Hammer, Dion took a look around a two-bedroom flat in Telford, Shropshire.

The first floor flat had a guide price of £50,000 so Dion investigated as to why the property was so cheap.

The star soon spotted a big problem with a wall in the flat: “Look at this! Look at the crack on this wall, it goes right from the bottom all the way to the top and it’s quite open as well.”

Dion continued: “You can’t see this, but as I look through there, I can actually see light on the other side, it’s that bad, I’ve got to investigate that further.”

However, he pointed out the crack may not be such bad news for the owner, saying: “It looks bad, but the good news is this might not be the flat owner’s problem as this is a leasehold flat.

“So, taking care of the fabric of the building should be down to the freeholder.

“But do you really want to start refurbishment without having that all agreed and repaired first?” Dion questioned.

However, it was recently revealed that the show will be upping their presenters from three to five.

The new additions to the team are Jacqui Joseph and Tommy Walsh.

Homes Under the Hammer airs on BBC One on weekdays at 10am.