Martin, 57, is best known for being a presenter on Homes Under the Hammer and often shows potential homeowners around properties. Usually, before the guests are allowed to see the house, the host gives the camera a little tour of the establishment. However, for Martin, things didn’t quite go to plan when he showed the BBC team around one prospective home.

Teasing his part in the programme, Martin informed viewers at the top of the show the property he was going to look at “tested” his patience.

When he arrived at the flat in Folkestone in Kent, the presenter demonstrated what he meant as he became extremely frustrated with the entrance of the home.

Stepping through the door, the presenter said: “So what’s on offer? Oh, I’ll tell you what. You could dramatically improve the first impressions straight away by changing the door to something prettier.

“Or at least paining it. And then through the door…maybe get one that fits, perhaps,” he continued as he struggled to close the door.

Realising it was a mat that was obstructing the door, the host told the camera he was going to leave it for a minute. 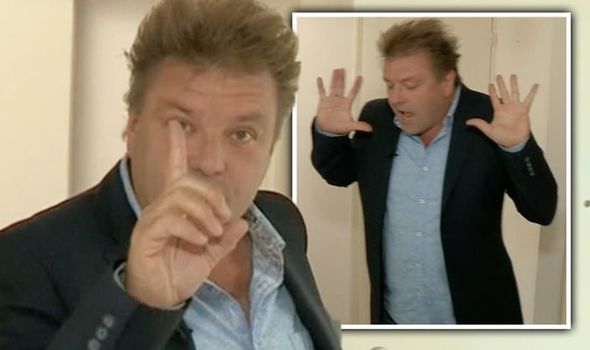 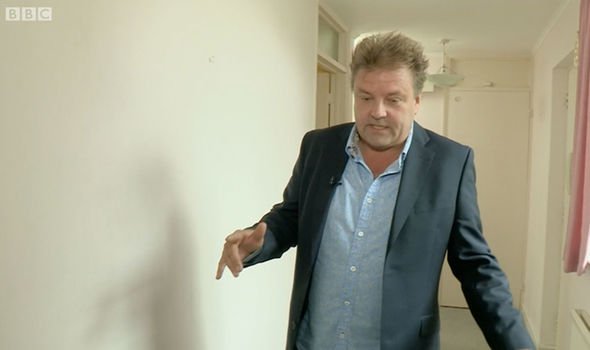 However, when the door crept open and blocked his view of the camera, Martin added: “Excuse me for two seconds.”

The presenter screamed at the inanimate object in an angry outburst, yelling: “Get out the way, thank you.”

After kicking the mat away from the door, the host gave the camera team a tour of the flat he was going to be showing to a pair of developers.

Giving his take on the flat, Martin said: “Anyway, really nice entrance area and really big which sets the scene for what is hopefully a really good sized flat.” 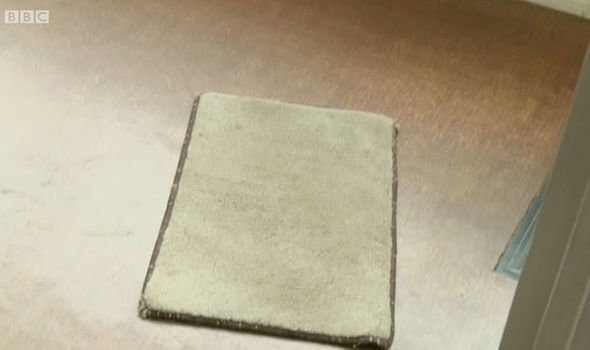 Get out the way

“This entrance area, when they’re like that…it just really affects the feel of the whole house,” the presenter explained.

Martin showed there were two big bedrooms included in the property before venturing into other rooms.

“Kitchen, well that doesn’t disappoint. It’s a good size and there are lots and lots of light from the windows,” he added.

He did highlight a disadvantage, stating: “Clearly the units are very dated and this whole thing has maybe be changed once in its life.” 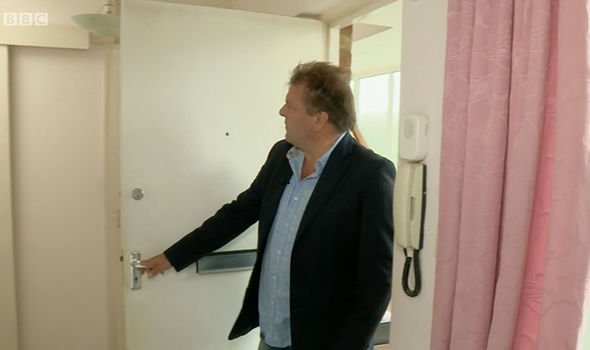 “It was probably built in the 1970s and that era of flat definitely has a few things going for it,” he said, drawing back the advantages.

Despite its archaic interior, the presenter oversaw the sale of the property that one guest was going to completely transform.

Martin has often spoken out about the success of the programme, which has been on since its inception back in 2003.

Speaking of the show’s longevity, he said: “When it started, it was only meant to be on for 10 shows, but we have done 1,700 programmes now.”

“It shows things that are aspirational and achievable. It’s got people doing things that people can relate to,” he added.

“I’m a developer, I do this for a living. There is a lot of take-home value in the show. It shows three properties from beginning to end, complete with cheesy music.

“The show has a lot more viewers than ever during lockdown. Sir Paul McCartney says he watches it. When I found that out, that was a blast,” he said via Telegraph and Argus.

The presenter and his co-stars were also fortunate enough to continue working through the pandemic over the last year.

Homes Under the Hammer airs weekdays at 10am on BBC One.