Last night’s I’m A Celebrity… Get Me Out Of Here! saw Caitlyn and Kate Garraway take on the first Bushtucker Trial. After winning four stars and meals for the main camp, the Good Morning Britain presenter leave Snake Rock and head to the main camp leaving Caitlyn behind. Now the Olympian takes on another gruelling task.

After being showered with hundreds of thousands of cockroaches while trapped in a box held above the jungle canopy, Caitlyn has her head put into a box with snakes.

The former Keeping Up With The Kardashians star will also have her hands placed in a box with more snakes.

The reptiles are protecting two stars which represent meals in camp.

Caitlyn won’t be able to see what’s in the box but her fellow camp mates will guide her as she tries to unscrew the stars. 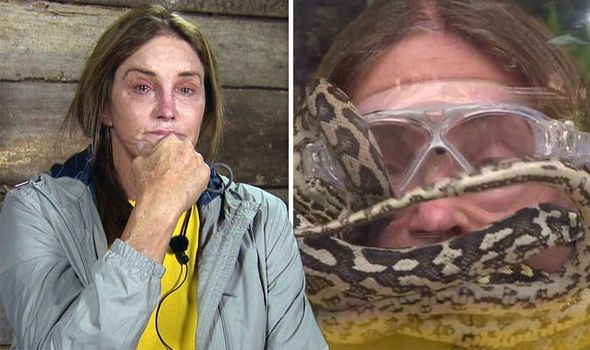 In a first-look clip, Caitlyn appears calm and collected as she takes on the terrifying Bushtucker Trial.

She appears to be keen to get the stars out as quick as possible but doesn’t panic as the snakes slither across her hands.

“Brush the snake off slowly otherwise you’re going to get a little nip,” Jacqueline Jossa advises as one crosses her fingers.

With extra encouragement from Ant McPartlin and Dec Donnelly, it looks as though Caitlyn might complete the Trial with enough stars for a good meal. 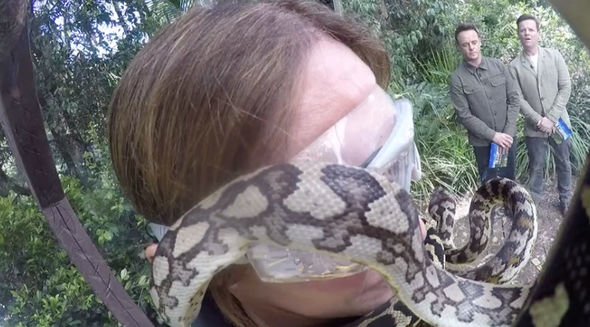 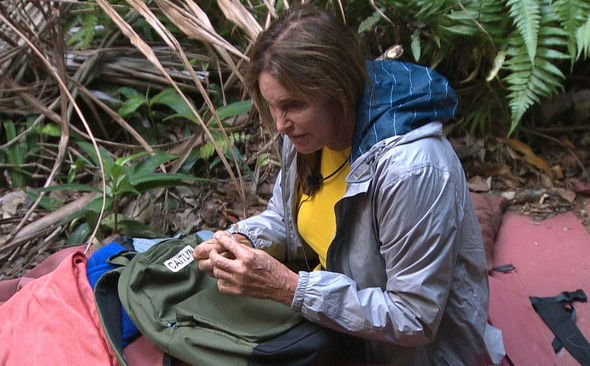 The Bushtucker Trial comes after Caitlyn broke down in tears in the Bush Telegraph, questioning why she entered the jungle.

She was overcome with emotion as she woke up and took in her jungle surroundings.

The reality star commented: “Being the first night in the Jungle my head was spinning.

“I’m kinda trying to figure out if I’m doing the right thing.”

Caitlyn admitted she was worried she should be spending time with her family instead of appearing on the show.

“Should I be home with my kids, playing with the grandchildren.”

She hinted she may have to walk and quit the series if it all gets a bit too much for her.

“I’ve never quit at anything I’ve ever done and I’m thinking maybe it’s time I learned how to do that,” she added.

Caitlyn appears to have been a big hit with viewers at home with fans getting behind the American.

Could she be this year’s winner with bookies already naming her favourite to take the crown?

I’m A Celebrity… Get Me Out Of Here! airs tonight on ITV at 9pm.