I’M A Celeb star David Ginola’s partner has spoken of her fear he will suffer a fatal heart attack – leaving her to care for their young girl alone.

Model Maëva Denat, 37, says he has little fear of dying and eats “like a Viking” — despite being clinically dead for nine minutes after collapsing in 2016. 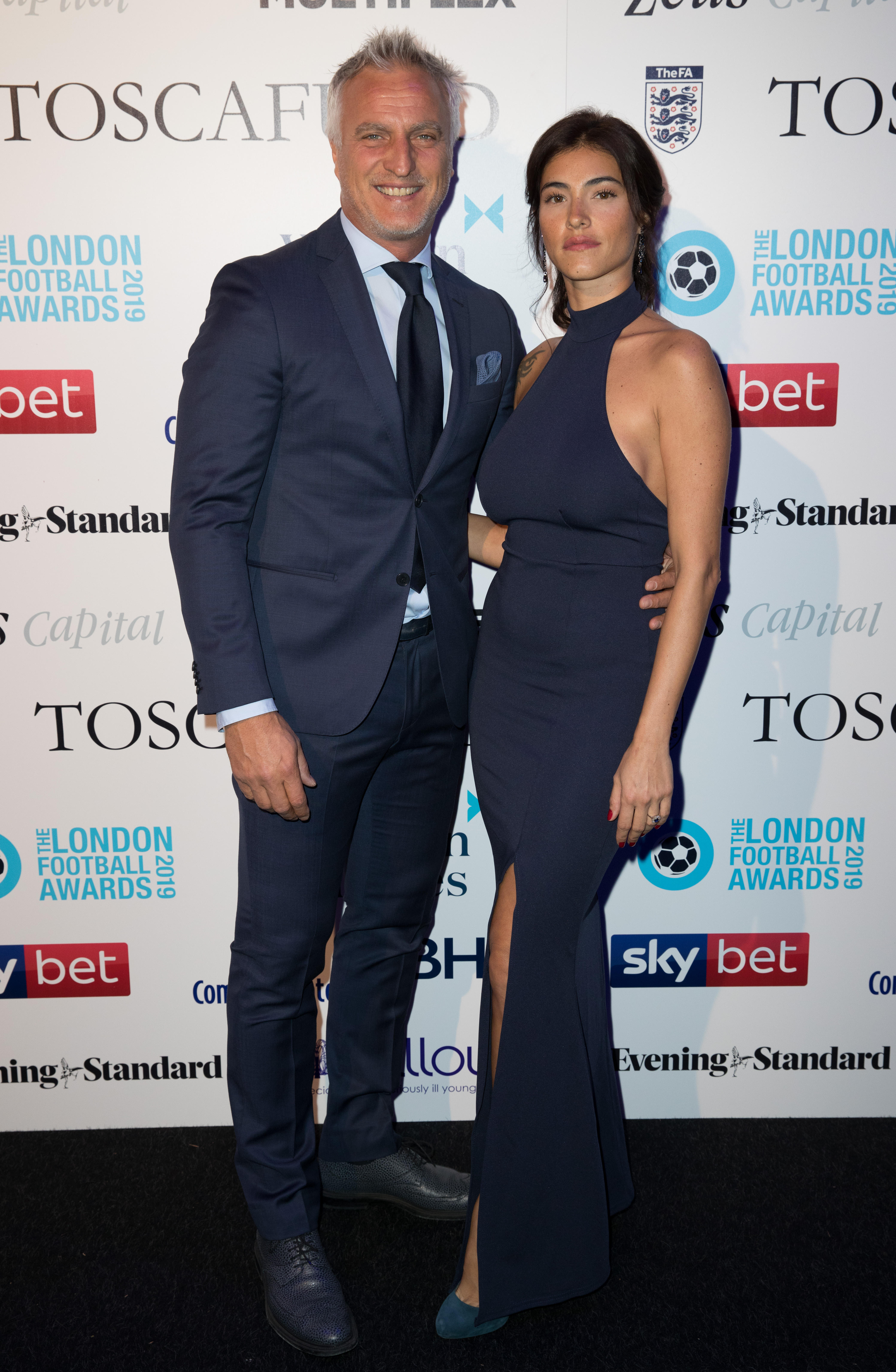 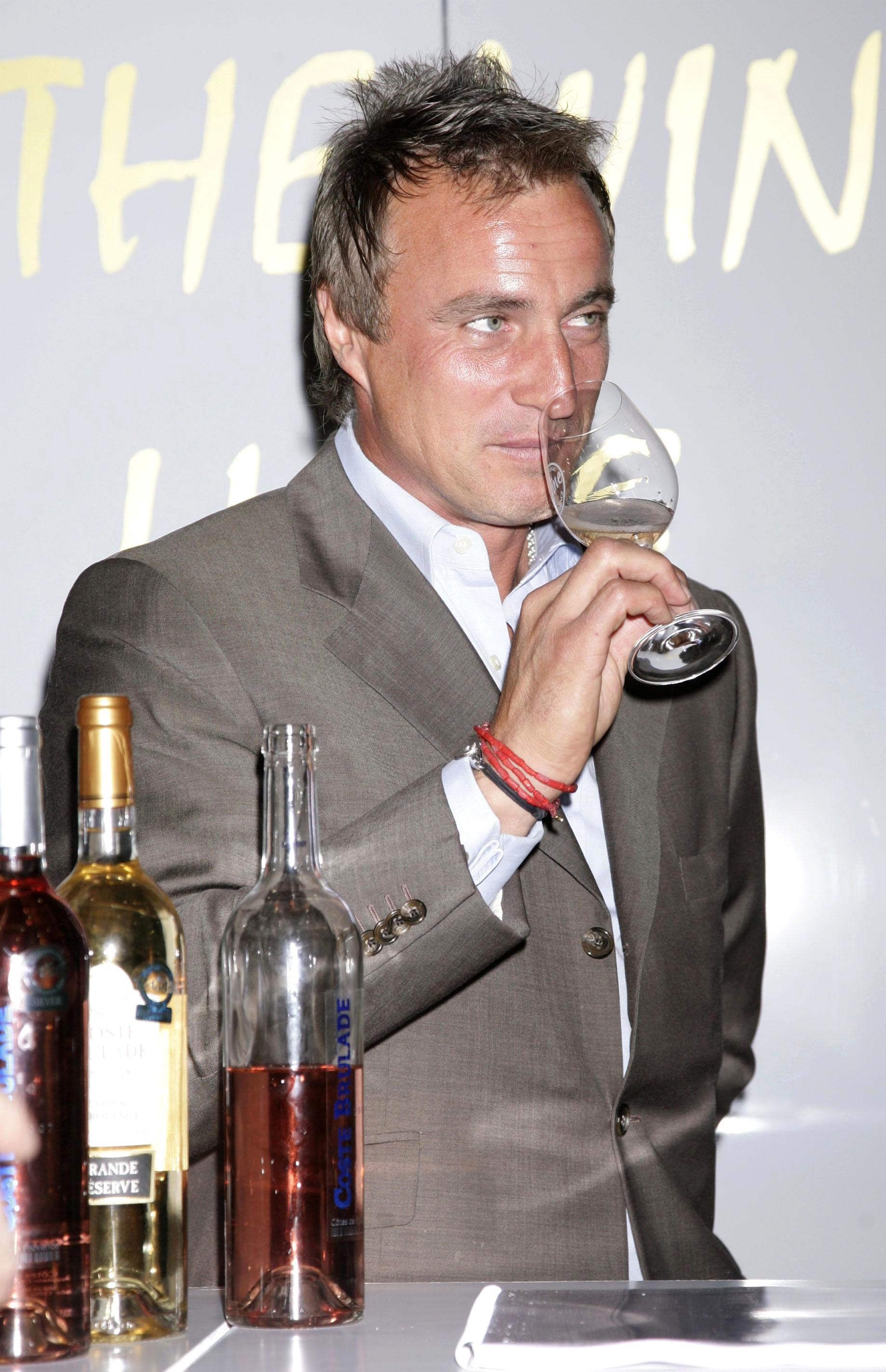 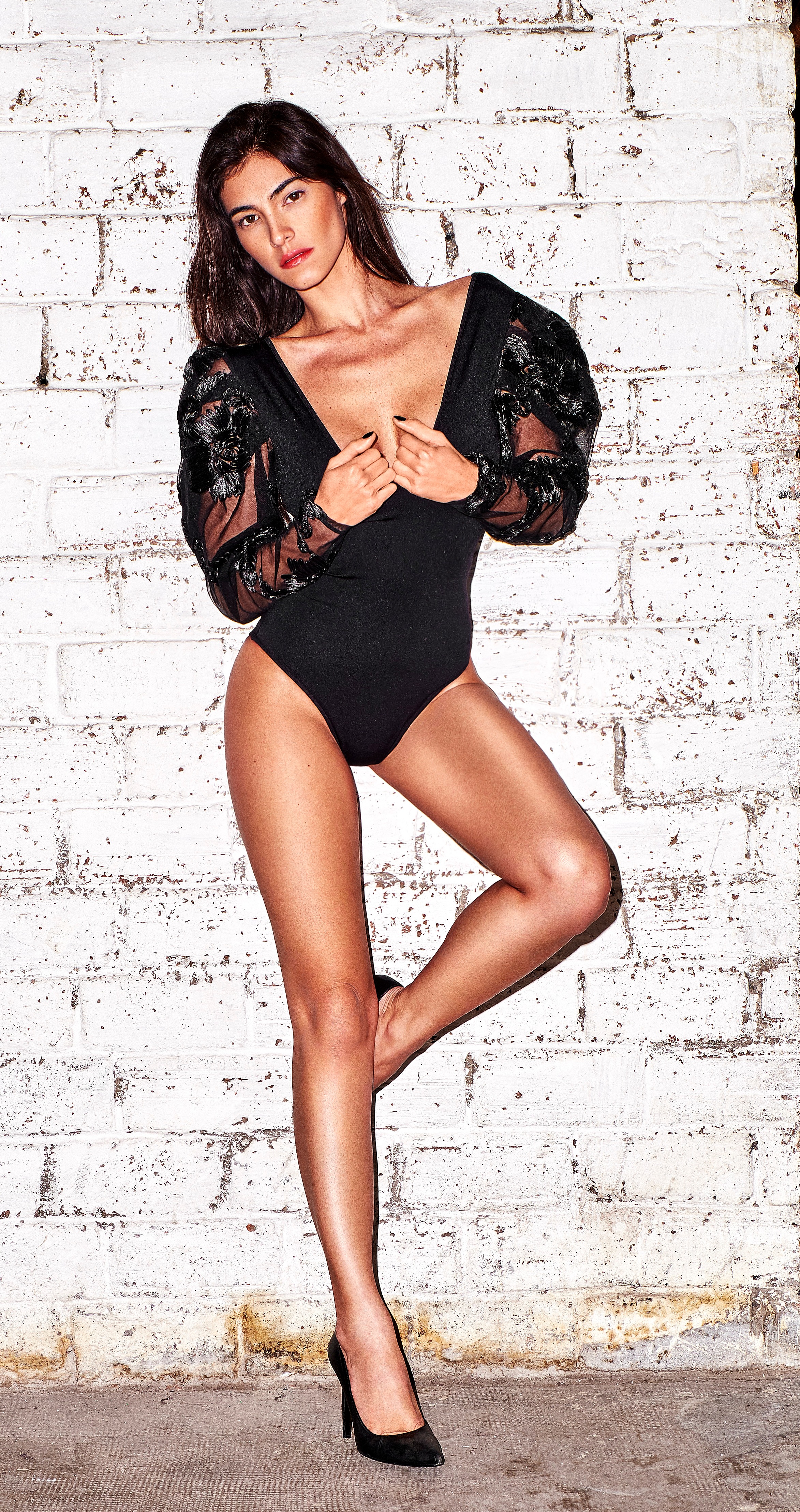 Ahead of the ex-Spurs and Newcastle ace’s appearance on the ITV show, she told The Sun on Sunday: “My biggest fear is he goes away and then something happens. I dread the thought of him not coming home.”

Maëva, who has a three-year-old daughter Ever with the French star, said until recently the 54-year-old disliked exercise, smoked 10 fags a day, drank wine and loved red meat and cheese.

She also told how he has battled anxiety and was “a little depressed” after his cardiac arrest.

Speaking from their home in the South of France, Maëva said: “David’s biggest fear is he won’t live to see our daughter ever grow up and I feel the same way. It feels like there is a huge void in my life when he goes away. We miss each other so much.

“I am always worried about David’s health and what if something happens like before?

“I push him to take care of himself but it is a constant battle.

“David loves to cook and to eat and can eat three plates of food when you have just one. Like most French people, he likes to drink wine and smoke, but I’ve been trying to get him to stop.”

Ginola is isolating in Wales ahead of I’m A Celeb’s start next Sunday with campmates including presenter Richard Madeley and EastEnder Adam Woodyatt.

It is understood they all had a medical and a defibrillator was on standby at Gwrych Castle.

David had a cardiac arrest after scoring in a charity football game in the French town of Mandelieu-La Napoule in May 2016.

He was dead for nine minutes and only survived because friend Frederic Mendy performed CPR. An air ambulance took him to a hospital in Monaco, where he underwent a quadruple bypass.

Doctors said the CPR kept oxygen pumping to his head so he did not suffer brain damage.

David discovered he had a heart condition passed on by his mother Mireille, who died from a heart attack aged 74 in 2005.

He has gone on to campaign for CPR to be taught at schools.

He watched in horror as Denmark ace Christian Eriksen, 29, had a cardiac arrest at the Euros last summer. A Newcastle fan also collapsed at St James’ Park last month while David was in the commentary box.

In her first interview, mum-of-two Maëva reveals they were introduced hours before David’s collapse. She said: “We met on the day he died.

“A mutual friend introduced us at a restaurant in Cannes. It was just after midnight and we talked and had one kiss and then he went to the charity event.

“I was back in Marseille when my friend called and said, ‘Have you heard what happened to David? What did you do with him?’ I said, ‘We just talked and we had one kiss and then we left – that was it.’ I was so worried about him and because I didn’t know his close friends it was hard to check on how he was doing. I prayed for him and kept asking, ‘Why has this happened?’ I sent him a message saying, ‘How are you? I’m very worried.’ He said, ‘I’m coming back from a world I didn’t know.’”

In the early stages of their courtship, he suffered from depression sparked by his collapse and the stress of his ongoing divorce from his ex-wife. Maëva said: “David took me for dinner in Marseilles a few months after he left hospital. It was like we were meeting for the first time because what happened gave him huge gaps in his memory, so he barely remembered me at all.

“But I felt we had a real connection – it was something like love at first sight – and I really wanted to see him again.

“I had no idea who he was as I have no interest in football, but I could immediately see he was a real man and so beautiful, charming and charismatic, someone who knows a lot about life.

“At the time, David was asking himself a lot of questions about why he came back and what it all means. He was still a fun person to be with, but he had difficult moments when he would be lost in dark thoughts.

“The surgeon told him it was a miracle he was alive and that’s stuck with David. He’d ask over and over, ‘If it was a miracle, why did this happen to me?’ I bought him a book about death but that only led to more questions.

“He was a little bit depressed and having out-of-body experiences and felt so disorientated he didn’t know where he was.”

Smoking is one of the most dangerous things for the heart and there have been times I have taken his cigarettes and thrown them out.

David admitted he overindulged after retiring from football at 35, with long lunches and late nights out. But he has been trying to get fit again after moving to London with Maëva and her 14-year-old daughter Linoï in 2017, then relocating to the south of France during lockdown.

Maëva said: “I love to jog and when we first met I’d say, ‘Come with me, we will run together.’

“He would say, ‘I’ve run enough in my life, I don’t want to’. Now he likes it more and we run twice a week.

“David used to eat cheese every day and it’s incredible how much he can eat. He is like a Viking and will eat frog legs and snails. The only thing he doesn’t like is too many vegetables. Our diet is much healthier now but getting him to stop smoking has been hard. He used to smoke 10 or 15 cigarettes a day, even after the heart attack. He underwent hypnosis to stop in lockdown and it worked for a little while, but it didn’t last long.

“Smoking is one of the most dangerous things for the heart and there have been times I have taken his cigarettes and thrown them out.

“We have both learned CPR and how to use a defibrillator and we are buying one for our home. They are so important to have at hand if someone suffers a cardiac arrest.”

David is set to face daunting tasks on I’m A Celeb, which in the past have included being in enclosed spaces with snakes.

But Maëva said: “There is almost nothing that scares David, not even death. He is a force of nature and will go outside bare-chested when it is snowing.

“He doesn’t feel the cold and he loves the wind and rain. He is incredibly strong and says I make him feel young again.

“We love playing backgammon, but David always wins. You can’t play a game with him because he has to win and he always wins.

“He is not afraid of insects or bugs. I scream if I see a spider and he will jokingly scream at me and ask, ‘Why are you screaming like that?’ The only thing he is afraid of is sharks but he wants to dive with them to conquer his fear.

“David is someone that is always anxious, however. It comes from his late mother, who was an extremely anxious person.

“During the pandemic he was very stressed about catching Covid and his family getting sick.”

But she went on: “I love him so much and he is such a good dad. My daughter is a daddy’s girl and will cry when he is not here saying, ‘Papa, papa.’ “We called her Ever like Forever and I think we chose that name because we never want to be apart.” 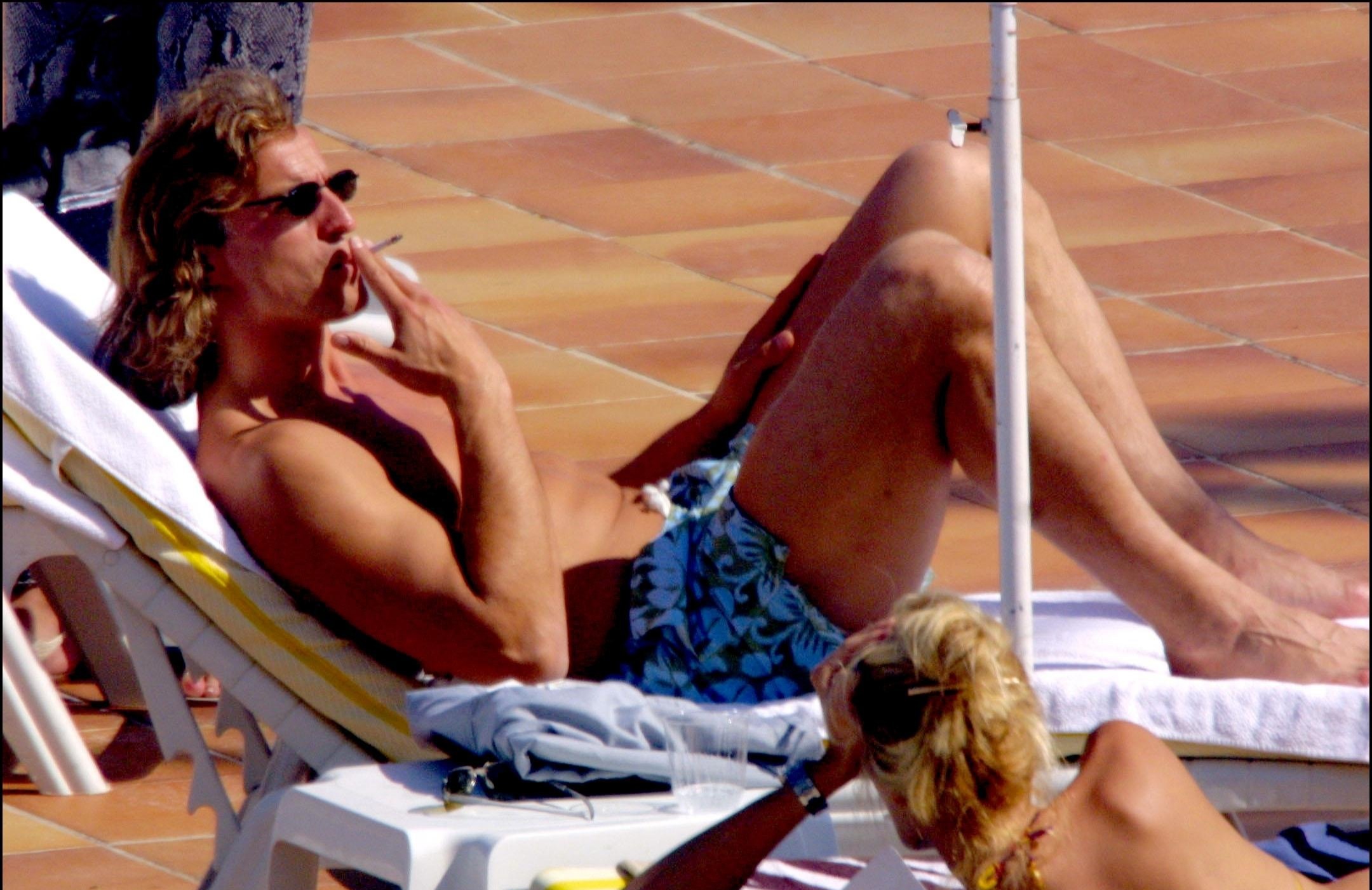 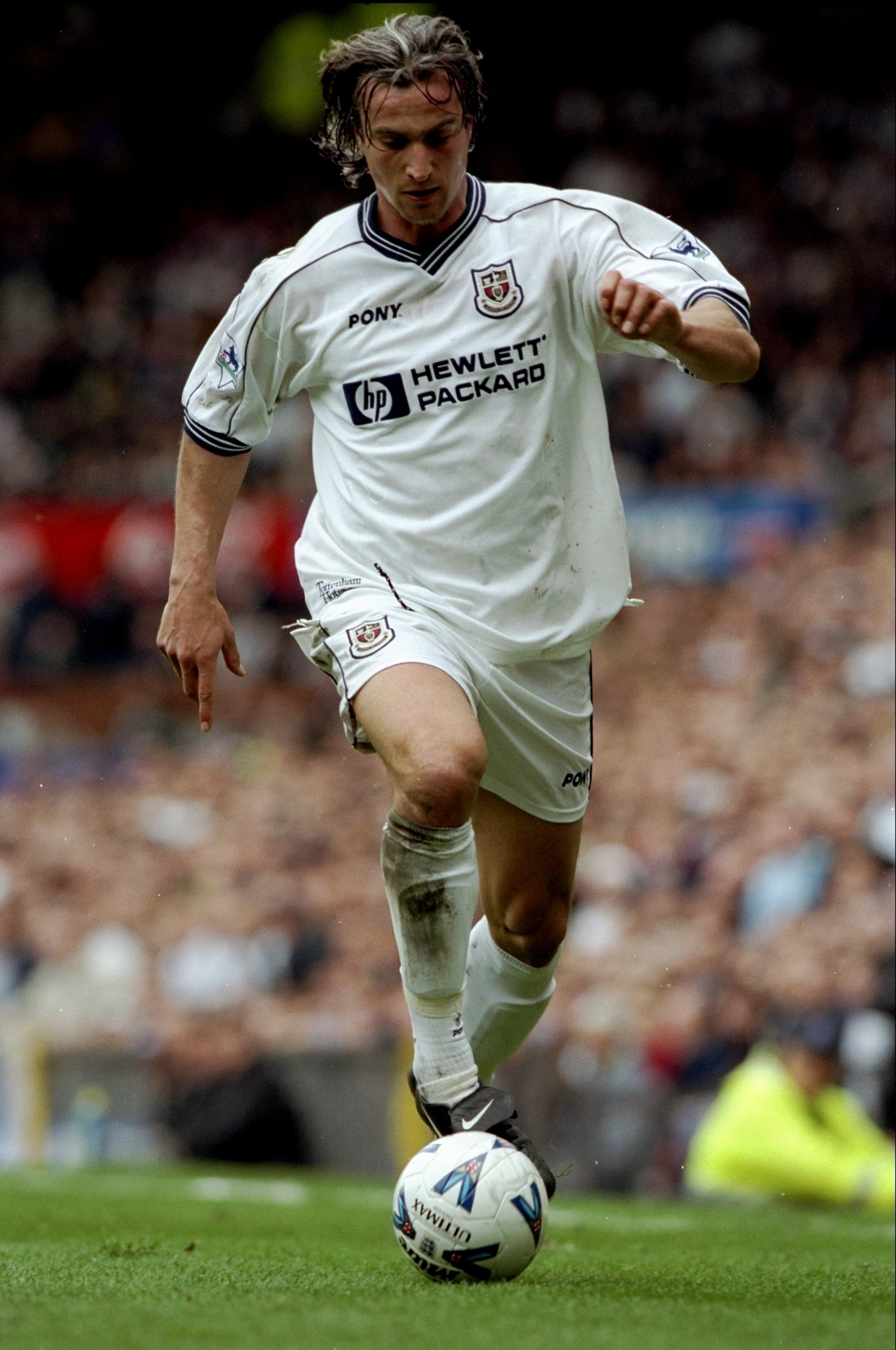 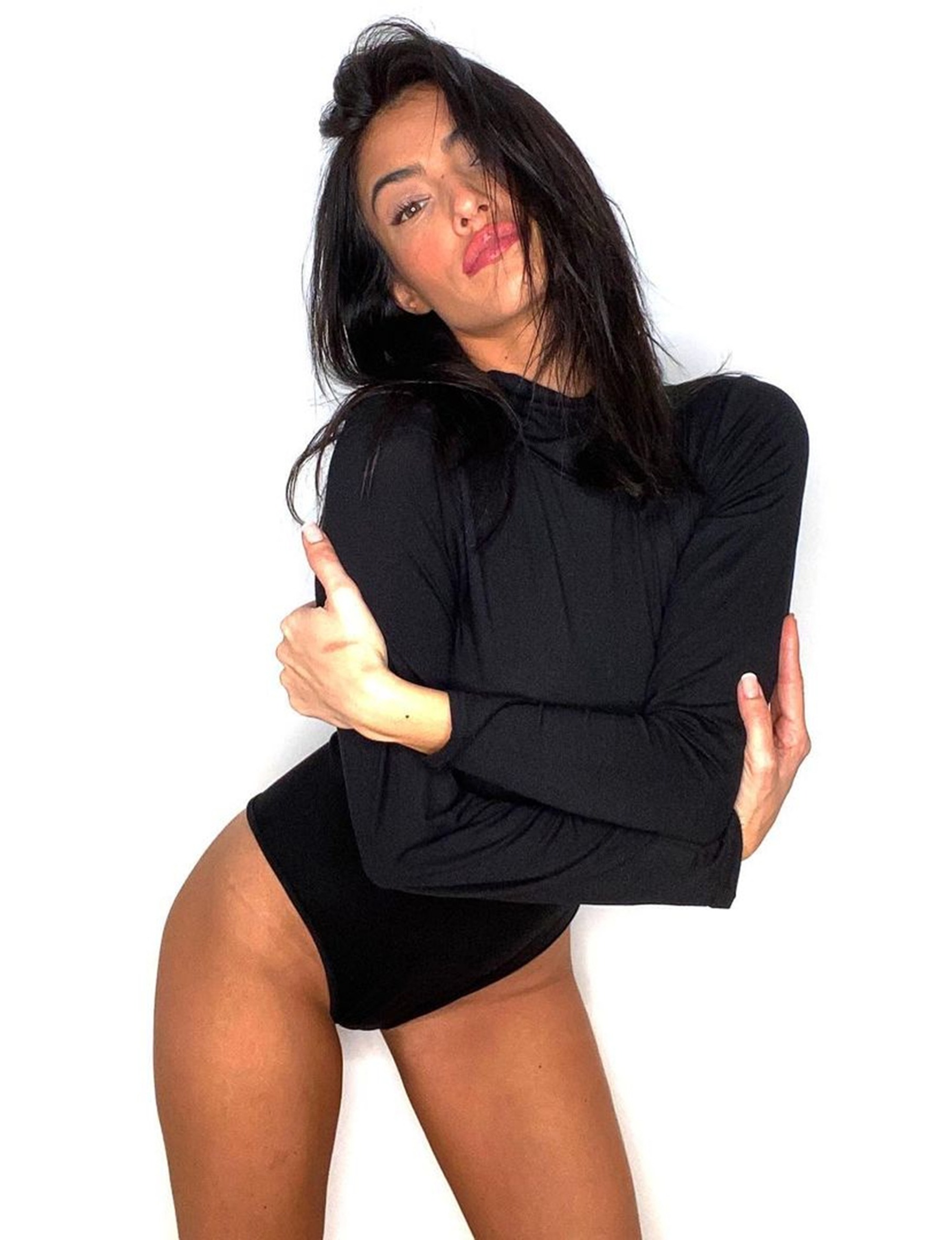