As Marvel Cinematic Universe fans re-watch Avengers: Infinity War and Endgame, they’re playing what could be viewed as an unseemly blame game – namely that it was Gamora’s own fault that Thanos found the Soul Stone that led to her death.

Muddying the waters even further is Marvel’s stubborn tendency not to let their characters die for good. And that applies to Gamora too. Although she died and that enabled her adoptive father Thanos to obtain the Soul Stone, time travel has allowed a past version of Gamora to wander around. So what will finally happen with everyone’s favorite green-skinned love interest?

What happened to Gamora in the last ‘Avengers’ movies? 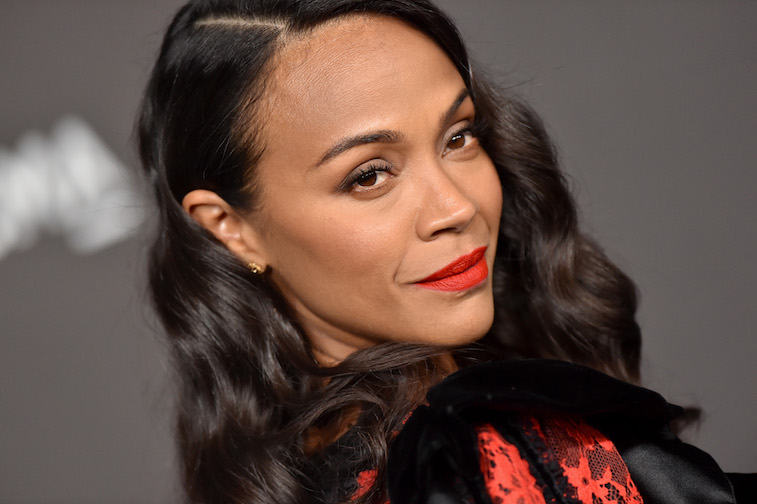 RELATED: Fans May Have Found a Big Continuity Error in ‘Avengers: Infinity War’

In Avengers: Infinity War, Gamora and the Guardians intercepted the Asgardians’ distress call. They meet Thor, who informs them Thanos had begun searching for the Infinity Stones himself. Gamora led her friends to Knowhere to procure the Aether, only for both it and Gamora to be captured by Thanos.

Thanos took his daughter to Vormir, where he sacrificed her against her will in order to obtain the Soul Stone. Thanos professed to regret this decision but was more in love with power than anything else. But that wasn’t quite the end of Gamora’s story.

Once Endgame introduced time travel into the mix, the 2014 versions of Thanos and Gamora came to 2024. However, 2014 Gamora learns what eventually happens to her and she flees, leading the other Guardians to try and find her after Thanos is finally defeated.

Is Gamora’s death her own fault?

On Reddit, the topic-starter posited, “People give Quill a lot of crap for screwing up the fight on Titan but I’ve never seen anyone blame Gamora for rushing in on Knowhere. If she hadn’t have gotten herself captured Thanos wouldn’t know where the soul stone even was, much less be able to sacrifice her for it.”

This victim-blaming prompted a fair amount of pushback, with one person responding “There’s a difference between rushing in to stop someone (like Gamora did)  and letting your emotions get over you so that you risk the entire universe (like Quill did).”

Other fans pointed out that they could play the what-if game all day long with many other scenarios.

“Lots of people can be the blame for what happened.” one fan wrote.  Loki could have left the Tesseract on Asgard (maybe it would destroy the stone), Captain America and Scarlet Witch could have destroyed the Mind Stone earlier and Thor could have killed Thanos quickly rather than hitting him in the chest. There’s probably more I’m forgetting.”

So what happens to Gamora now?

RELATED: ‘Guardians of the Galaxy 3’: Gamora May Have a New Love Interest

As Avengers: Endgame wrapped, we see the Guardians getting ready to leave with Thor, while Star-Lord casts a wistful glance at Gamora on a monitor. Presumably Thor: Love and Thunder and/or Guardians of the Galaxy Vol. 3 will pick up the plot thread as the Guardians go off to find Gamora and see if an out-of-time version of her can fit in with the team.

It’s entirely possible that not only will the 2014 Gamora will be in play, but that the Guardians-friendly version of her who “died” could be recovered from the Soul Stone.

Whatever the case, the mystery of Gamora is tangled indeed, and it will be interesting to see how writer-director James Gunn tackles it. That’s why Endgame left Gamora’s fate and path unclear, even though they did shoot a scene of Gamora leaving after the battle.

CinemaBlend quoted Endgame co-writer Stephen McFeely as saying, “There are the parts so that [Guardians of the Galaxy Vol. 3 director James] Gunn could do whatever he needs to do that. That was just basically, you saw the behind the scenes stuff where they all kneel and she sort of boogies off set. If you let that in, you would’ve gone, ‘Oh, she’s alive and she’s over there.’ It’s very vague now. I don’t know what he’s going to do with it.”