Following an unexpected 18-month hiatus due to the pandemic, Marvel Studios is making up for lost time with an onslaught of content that begins Friday with “WandaVision.”

The Disney+ series kick-starts what Marvel Studios chief Kevin Feige hopes will be the Marvel Cinematic Universe’s most expansive year yet with 10 different shows and films. While Feige cautioned that the amount for 2021 has as much as do with combining two years worth of material into one, the next 12 months should provide a roadmap into how Marvel will tackle creating content for both the theaters and streaming going forward.

“We’ve slowly been ramping up. Obviously, Disney+ being the biggest reason for that, but also not wanting to sideline characters for too long between (big-screen) sequels,” Feige told TheWrap. “And the desire to keep introducing new characters, and not just keep doing sequels to characters that we’ve already introduced.”

The studio’s carefully plotted Phase 4 calendar was upended by the COVID-19 pandemic, which kicked features like “Black Widow” and “The Eternals,” as well as fellow Disney+ series “The Falcon and the Winter Soldier” into 2021. Despite the MCU’s interconnectivity, with characters and plotlines jumping from one property to the next, Feige said the release date shuffles will have “very little” effect on the overall narrative. “WandaVision” and “Falcon and Winter Soldier” will now premiere before “Black Widow,” as opposed to months after. 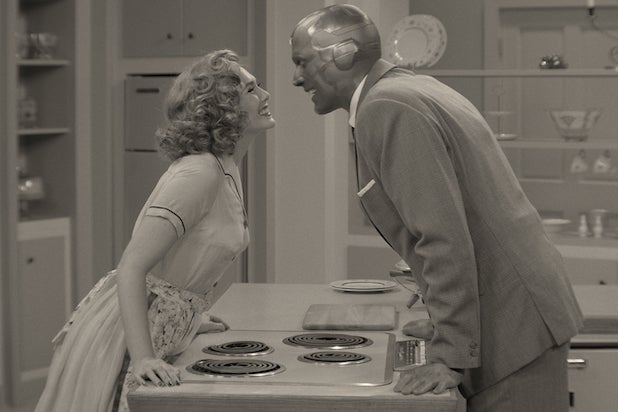 “I don’t know if people always believe us when we say we make these to be standalone movies. The connectivity is a bonus,” he explained. “There are little to no changes that we made. A year from now, after all the projects are out, I can be more specific in the minutiae of it, if people are curious. But right now, without giving anything away, there were no big changes.”

Feige admitted that would not have been the case had the pandemic hit when they were wrapping up Phase 3 in 2018 and 2019. “We would have adapted and figured it out. But had you met Captain Marvel for the first time out of nowhere smashing into Thanos’ ship in ‘Endgame,’ it’s a very different vibe than knowing her from our movie a few months before,” he said. After 2019’s megahit “Endgame,” Feige said to expect the MCU projects to stand much more on their own.

“We’re building so many of these things now as standalone intros into a new phase in the new saga,” he said. That’s not to say there won’t still be connections. After all, the events of “WandaVision” will lead directly into “Doctor Strange and the Multiverse of Madness,” with Elizabeth Olsen reprising her role as Wanda Maximoff. The sequel to 2017’s film, which sees Sam Raimi take over in the director’s chair from Scott Derrickson, was expected to start shooting this month, but is in a holding pattern while London is in lockdown amid a surge in the virus. It is tentatively scheduled to release March 25, 2022.

Following “WandaVision,” “Falcon and Winter Soldier” will premiere in March with Anthony Mackie and Sebastian Stan reprising their roles from the “Avengers” movies, with Tom Hiddleston’s “Thor” spinoff “Loki” coming in May. Right before “Loki” premieres will be the long-awaited release of Scarlett Johansson’s “Black Widow,” which is still tentatively scheduled for May 7. In the back half of 2021 will be “Ms. Marvel” and “Hawkeye” on Disney+ and “The Eternals,” “Shang-Chi” and the third “Spider-Man” collaboration with Sony. 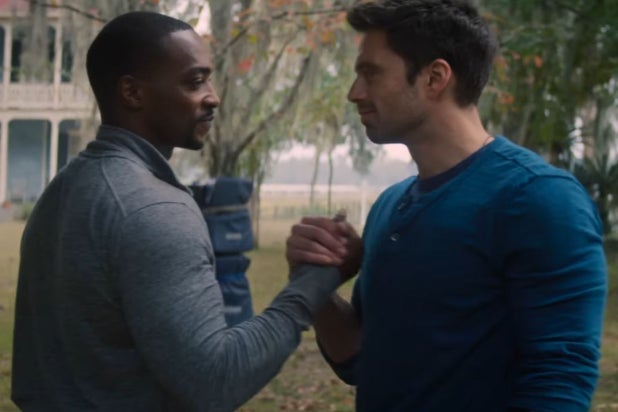 “The Falcon and The Winter Soldier” (Disney/Marvel)

That doesn’t even include the animated “What If…” on Disney+ this summer, an anthology series that tells one-off, non-canon stories that put MCU characters in different situations. (For example: What if Hayley Atwell’s Peggy Carter took the Super Soldier serum instead of Steve Rogers?)

Assuming Disney doesn’t delay any of the films even further because of the pandemic, there will be nearly one new Marvel project per month in 2021. Over the past few years, Marvel Studios has been testing out just how many films it can produce, with three each in 2017 and 2018. The original, pre-pandemic plan for 2020 was to have “Black Widow” kick off Phase 4, with the Angelina Jolie-led “The Eternals” sandwiched between “The Falcon and The Winter Soldier” and “WandaVision.”

Though Feige describes the sheer volume of content coming this year as more of a one-off due to unusual circumstances, the output is still going to increase by leaps and bounds in the coming years. “Ten obviously was not intentional. That’s all of 2020 and 2021 coming together so it won’t always be like that,” Feige said. “Knock on wood, we won’t be facing pandemics again anytime soon.”

In 2022, Marvel Studios has four films — two of which (“Doctor Strange and the Multiverse of Madness” and “Thor: Love and Thunder”) were pushed back from 2021 — as well as two more Disney+ series and a “Guardians of the Galaxy” holiday special. There’s still a third “Guardians of the Galaxy” feature and new reboots of “Blade” and “The Fantastic Four” to come on the film side as well. During Disney’s investor day last month, Feige announced three additional series for Disney+, bringing the total to 11. 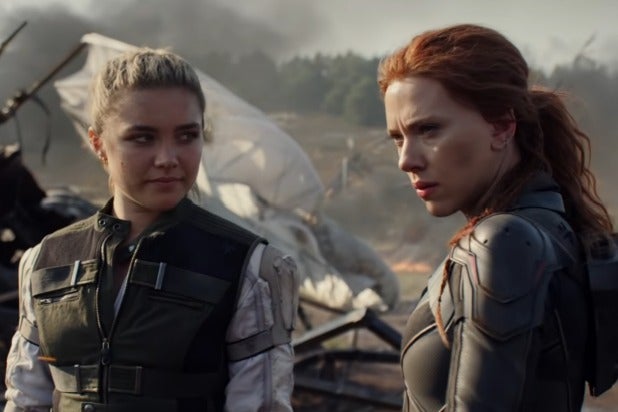 Now that Marvel has two distribution outlets with both theaters and streaming, it’s added an additional layer to the development process. The increase in content is part of the reason why in 2019, Marvel Television was consolidated into Feige’s Marvel Studios team. Marvel TV was behind MCU-adjacent series like ABC’s “Agents of S.H.I.E.L.D.” and Netflix’s “Daredevil” and “Jessica Jones.”

“It’s all about the story. It’s all about the evolution of the story,” Feige said when asked how they decide why something like “Secret Invasion” goes to streaming, while “Blade” goes to theaters. It’s an effort that takes a lot of cooperation across an expanding number of creative teams that are simultaneously producing content for both theaters and streaming.

“Sometimes, we want to introduce ‘Ms. Marvel’ on Disney+, before bringing her into a movie in ‘Captain Marvel 2,’” he explained. Other times, the TV series gives a chance to go deeper on characters that have been relegated to a supporting role in the films. “It’s just based on the needs of the story that we’re telling.”