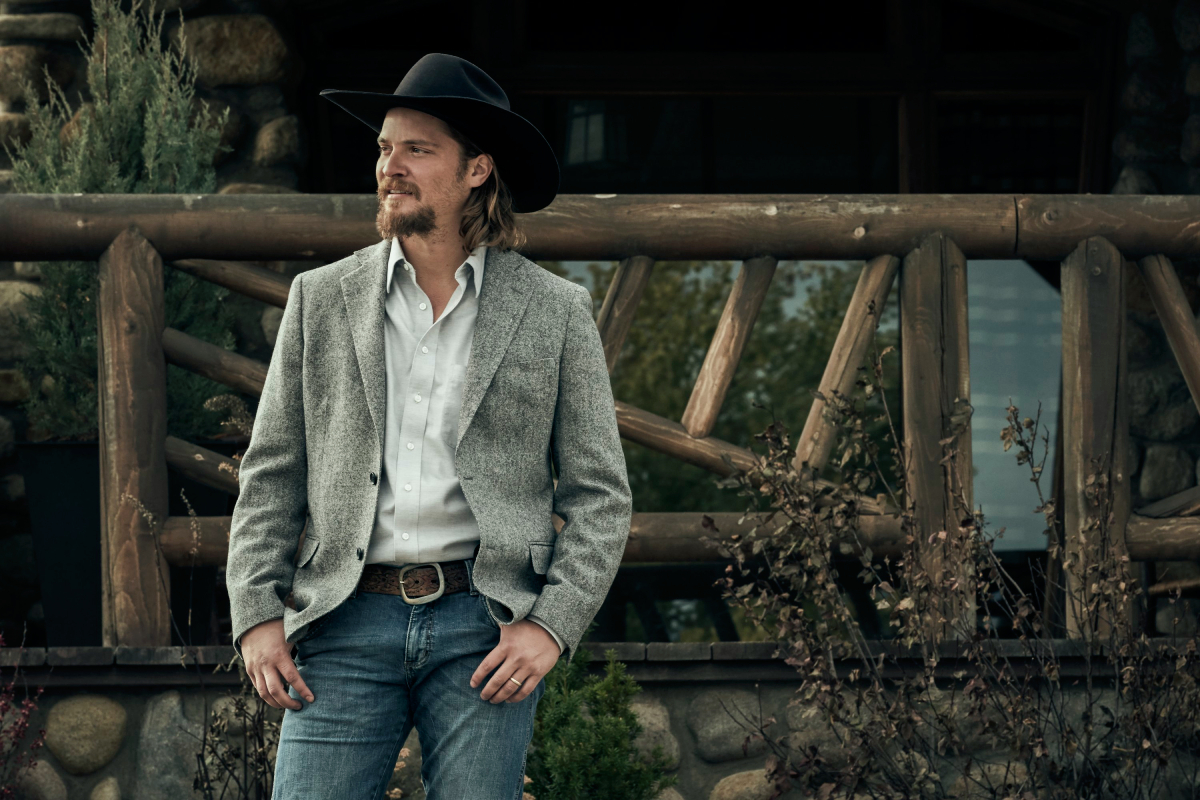 Yellowstone star Luke Grimes plays Kayce Dutton, the youngest son of patriarch John (Kevin Costner). But just because he’s one of the stars of cable TV’s highest-rated drama, that doesn’t mean Grimes is posting about his life on social media. The actor is extremely private, and that means no socials. But fans can get an occasional peek at his private life thanks to his wife Bianca’s Instagram.

The ‘Yellowstone’ star grew up in a very religious family

Grimes is from Dayton, Ohio, and is the son of a Pentecostal preacher. Since his dad was the pastor at Open Bible Christian Church, Grimes spent a lot of his childhood in church and in church camps.

According to Amomama, his parents — Randy and Angie — were very supportive of their son’s acting dreams. Grimes’ wanted to be an actor starting at the age of 7, when he saw Macaulay Culkin presenting an award at The Golden Globes. His parents mortgaged their home so he could attend the American Academy of Dramatic Arts in New York City.

Luke Grimes has appeared on the big screen

Grimes first major acting credit was the role of Ryan Lafferty on the ABC drama Brothers & Sisters. He also made appearances in True Blood, All The Boys Love Mandy Lane, Assassination of a High School President, Taken 2, Outlaw Country, The Magnificent Seven, and El Camino Christmas.

Away from the cameras, Grimes is a happily married man. He tied the knot with Brazilian model Bianca Rodrigues Grimes on November 21, 2018. And unlike the Yellowstone star, his wife has an Instagram account where she occasionally shares pics from home with her nearly 200K followers.

Bianca’s page reveals she is currently based in Montana with her husband. And, she posts many of her captions in Portuguese as a nod to her Brazilian roots. The model shares many of her professional photos. She also posts pics from her travels with Grimes in their Airstream, which she calls her “happy place.”

Luke Grimes first appeared on his wife’s Instagram in 2019

Bianca’s Instagram doesn’t have many posts, so it’s easy to find the first time Grimes appeared in August 2019. The photo is a low-angled selfie of the couple, and it appears that he is going in for a kiss. A couple of weeks later, the Yellowstone star showed up again when the couple was having fun in the desert with bandanas and goggles covering their faces. In the caption Bianca wrote, “Burn baby burn 🔥.”

When the pandemic hit, the couple hit the road in their Jeep and towed their Airstream. In one caption, Bianca wrote that they were “sheltering all over the place.”

The ‘Yellowstone’ star appears to be happy in love

Bianca posted a pic on the couple’s second wedding anniversary in 2020 that appeared to be from their wedding day. In the caption, she wrote, “Happy anniversary anjo ❤️ Te amo!.”

More recent photos of the couple include a September snap that was a Polaroid of them standing in the Airstream, while Grimes holds a cat and kisses his wife on the cheek. There’s also a pic from the summer where the happy couple appears to be spending some alone time outdoors in a lake.

It’s clear the couple is happy and in love. To take him away from his beautiful wife, Grimes says that he has to really care about the role and the project being offered. Otherwise, he isn’t going to do it.

“If it’s something I care about, there is no end to how much I will work at it. If I don’t care about it, good luck getting me to do anything. I wish this were different, I’d probably be richer or something, but I guess I don’t really care about that,” Grimes told Glass.