Starring Sally Lindsay as a family liaison officer, Intruder begins on Channel 5 on Monday as viewers follow high-flying married couple Rebecca (Elaine Cassidy) and Sam (Tom Meeten) who find themselves in a dark situation when two local teenagers, Tommy and Syed, break into their luxurious coastal house. Opening up on filming the series, the cast spoke exclusively to Express.co.uk about the challenges they faced.

Family Liason Officer Bailey becomes embroiled in the ensuing investigation into the robbery at Rebecca and Sam’s home.

Those involved head down a dangerous path of cover-up, corruption and murder in the gripping, edge-of-your-seat thriller.

Speaking about the most memorable moments on set, Sally claimed it was like a “baptism of fire”.

“For me, it was the first day that I filmed the last scene,” she explained. 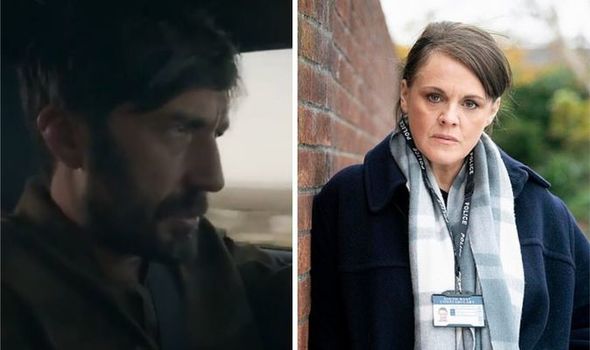 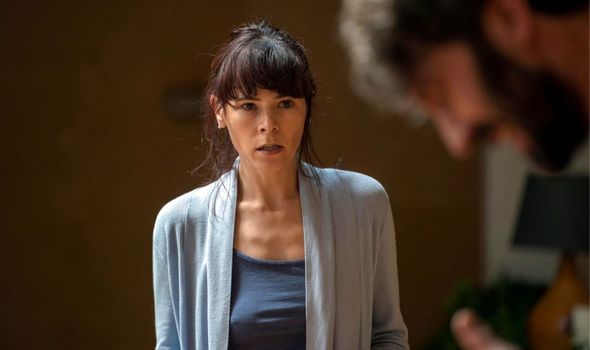 “It was one of the last scenes, and the dynamic of it all, really. That was really like baptism of fire because I just got my head around the fact that we’re releasing this, and then we have to do this very nuanced scene which had some important points in it, we had to get right because it was essentially one of the most significant parts.

“I remember that being the biggest baptism of fire I think I’ve ever had on any set ever, because I wanted to get it right, and I hadn’t met anyone before.”

Much of the series is filmed inside caves in Ireland with Elaine explained the cast and crew were “very excited” by the location. 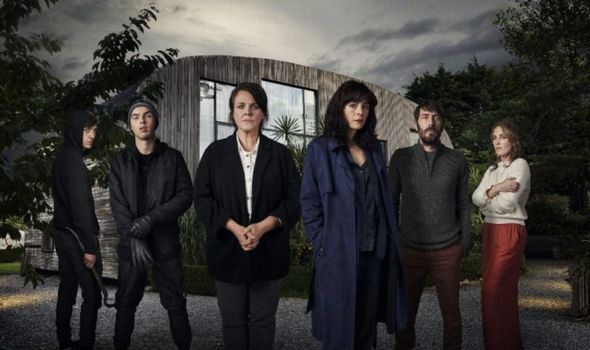 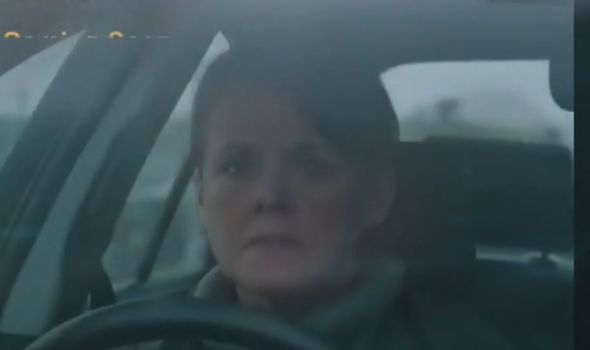 The Rebecca star noted: “We predominantly filmed on the east coast of Ireland and so North Dublin and North Wicklow, which is the county just below Dublin, so we have to go over to Galway, to the west of Ireland, and we filmed in the caves for two days.

“And I’ve never been to those caves before, and you know I think the crew were getting really excited because I think we are travelling gypsies, you know, in this industry, and you start getting itchy feet if you’re in the same place for too long.

“So you kind of welcome the next location because you go ‘okay we’ve done that bit, let’s move on to the next one’ and they were really excited because it was kind of more reminiscent, you know, of a normal filming on location.

“Because all the crew, we were all put up in the same hotel. And I was like ‘It’s going to be freezing it’s going to be dark, really not looking forward to it’ but when we got there, there was another new energy and the caves were actually warmer than outside.”

“It was so lovely because it pelted it down with rain, but we were in this lovely little kind of safe cocoon,” she continued.

“They were spectacular. We were even lucky enough to see some bats, which was really special.

“And to top it all off. For me personally, my niece actually played young Rebecca in the piece.”

The drama sets the scene of the successful couple before their home is broken into and fans will see the backdrop of the beach and mysterious caves play an important role in the telling of the story and the nature of the people in the town.

Sam commits an awful mistake which spirals the couple into a web of lies and deceit.

However, actor Tom insisted he was a “good” person. “In my mind I think that I thought he wasn’t a particularly pleasant person, really,” he shared.

“I think that he’s done some horrific things before and he’s probably been a bit abusive, but it’s exposed.

“I think that he is just not very pleasant person but, but he has his showbiz persona – he has his radio station and he has his sort of façade, and that’s what attracted me to the script really is the kind of moral ambiguity that he’s he’s this sort of selfish individual.”

Tom also enjoyed the cave scenes, adding: “I had to pretend to have claustrophobia, but I’m not particularly claustrophobic..

“But I had to pretend to and Gareth, our director who wrote it, is actually quite badly claustrophobic.

“So he was, he was struggling in caves which I found quite amusing.”

Intruder will be launched on Channel 5 at 9pm on Monday.