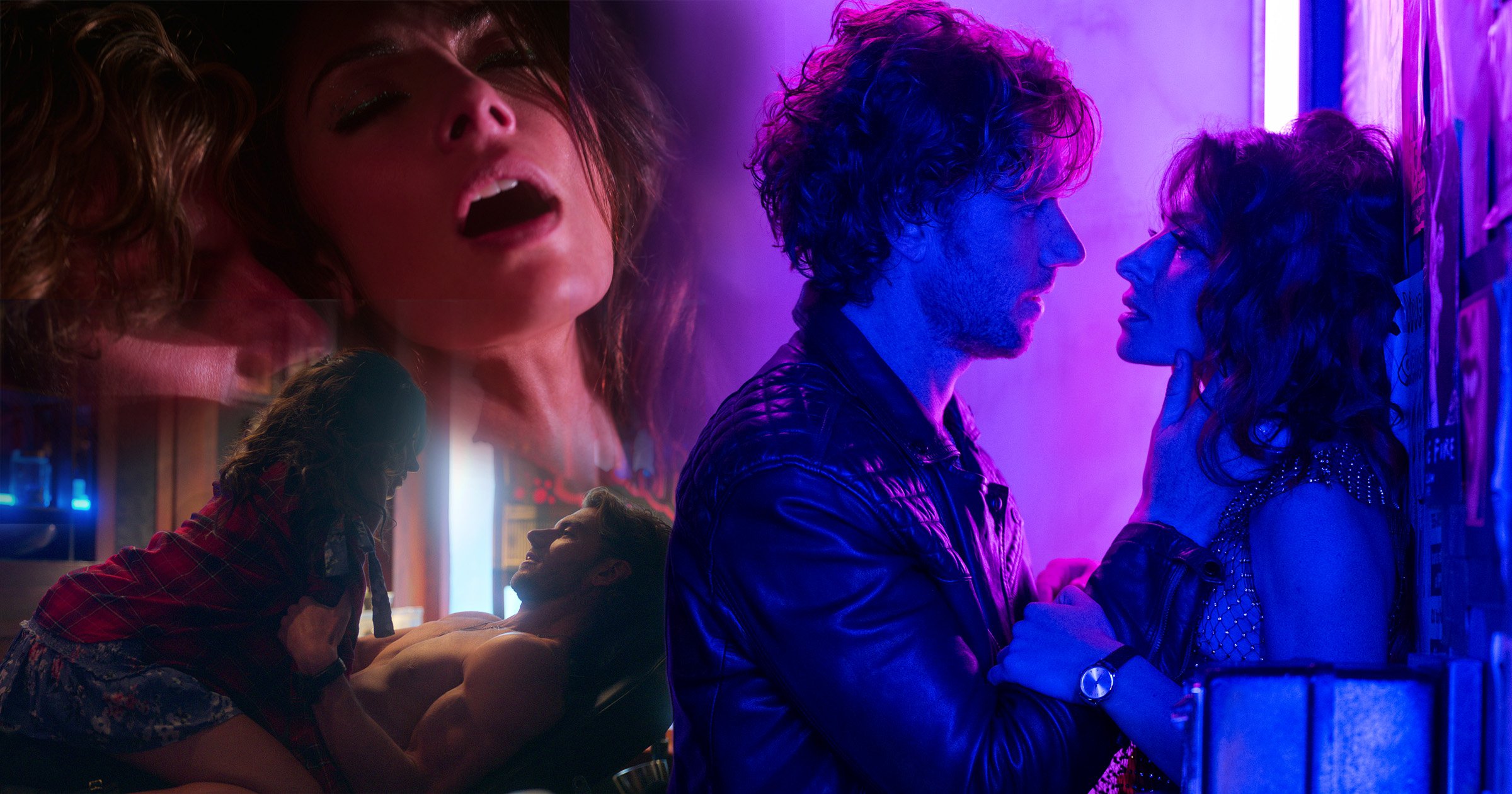 Netflix’s Sex/Life sent viewers tongues wagging thanks to its full-frontal nudity and abundance of sex scenes, and now the show’s intimacy coordinator has revealed how she filmed all of those steamy moments.

It almost goes without saying that sex plays an extremely important part in the story (hence the title), which is why creator Stacy Rukeyser asked intimacy coordinator and stunt performer Casey Hudecki to help on set during those crucial moments.

Speaking exclusively to Metro.co.uk, Casey explained that sex scenes take time and effort to get right, especially when you have Covid regulations thrown in the mix.

‘It did get complicated doing the sex party. We had to be very clear about casting couples, people in the same bubbles, because this was the first show after the pandemic, we started in August 2020. It was a little complicated,’ she explained.

Casey said that while the cast and crew would get into a rhythm when filming the sex scenes, the sex party really threw a spanner in the works.

‘There was a lot of the planning for that. I’m there for the main cast and all of the background performers who are often neglected because they’re lower down in the power dynamic.

‘They really need an advocate to make sure they’re being taken care of, so protecting all of them, that was a big couple of days.’

‘We got to a place where there were really strong protocols, everyone knew how to work on a closed set, we got really good at it I think. Imagine us all doing that but in masks, face shields and gloves and gowns. It was a bit absurd,’ she continued.

‘My favourite picture of the show and how I’ll always think about it is we’re choreographing these very naked, very intimate, scenes and we’re all in masks, gloves and gowns and so are the stand-ins.

‘So I have this picture of them when we were doing the sex montage where Billie is simulating oral sex so the stand-ins are there, really close, simulating sex with their shields on, masks, it was such an absurd time.’

While the pandemic created more hoops to jump through, Casey explained that it also helped people really think about consent during those intimate moments.

She said: ‘The pandemic in a way has made people more aware of consent and the physical effects of intimacy. So it made those conversations more obvious and second nature to people.’

Casey went on to say that it was ‘great’ working with the main stars, Sarah, Mike and Adam, as the sex scenes became collaborative and they were always supportive of each other.

‘Bless her heart, she was really committed to jamming herself in a car or in a stairwell, these were positions that were really hard on her body,’ Casey shared.

‘We are doing these scenes for hours at a time, much longer than people would normally be doing those positions. The guys were really protective of her because she was in every scene and she worked very hard.’

Fans have loved the female-focused sex scenes in Sex/Life, and there are a variety of tricks used to make these moments ‘intimate and sexy’.

Having worked as a stunt coordinator, Casey is an expert at utilising camera angles and choreography to make a scene look as realistic as possible.

A lot of the work starts in the days leading up to each individual scene, as it is Casey’s job to think about whether or not nudity needs to be involved, what positions should be used and what the tone of the moment is.

‘We just have to make it look convincing and that’s all camera angles and illusion,’ Casey said.

‘We are creating the illusion of a sex act taking place and that’s where my stunt background comes in handy. You take a punch, you’re not really taking a punch, it’s all camera angles, and it’s the same with sex.’

Sex/Life has been praised for its emphasis on the female gaze and female pleasure, which other raunchy shows often neglect.

‘Stacey was very passionate about [female pleasure] being a part of the story,’ Casey said.

‘So often as an intimacy coordinator, I am reminding the directors about the clitoris and foreplay. [Female pleasure] was very much in the script but I had an input, as I thought about whether there was an opportunity for us to focus on the female gaze or put a moment of foreplay in there.’

While each of the intimate scenes in the hit Netflix show tells a different story, Casey said there is one in particular that stands out for her, and it might not be the one you think.

She said the scenes between Cooper and Billie were her favourite, as she doesn’t often get to tell ‘the story of sexual dissatisfaction’.

‘Brad and Billie were beautiful but they were in a nostalgic, fantasy, context, whereas Billie and cooper were in the harsh light of day with young children. I really rooted for them as a viewer,’ the coordinator explained.

‘You feel for Cooper because he’s in this twisted place of toxic masculinity because he feels as if he has to compete with Brad when really, if he was just himself, maybe it would have been better. There’s a lot of nuances there.’

Casey said she isn’t surprised that Sex/Life has become such a big hit with fans, especially considering what’s happening in the world currently.

‘We are very hungry right now for human connection and physical connection because we’ve been in lockdown,’ she said.

‘There is something nice about seeing people connect physically.’

Sex/Life can currently be streamed on Netflix.