Denise Welch used to star in the ITV soap as Natalie Horrocks. The actress first made an appearance on the soap in 1997 before departing in 2000. Her first storyline was when her son Tony Horrocks (played by Lee Warburton) suffered a breakdown after running over and killing Joyce Smedley (Anita Carey). One of the topics on Tuesday’s Loose Women was about whether old episodes of Coronation Street should come with a viewer language warning.

Kaye Adams pointed out that when the old episodes aired “great care was taken” although she went on to quiz Denise about whether they should come with a warning now.

“Is it considered a warning or is it sort of an explanation?” Denise began.

“This is not how we would deal with a situation,” she continued as Kaye chipped in: “Going beyond Coronation Street [and] Fawlty Towers.

“There are various things that were of their time.” 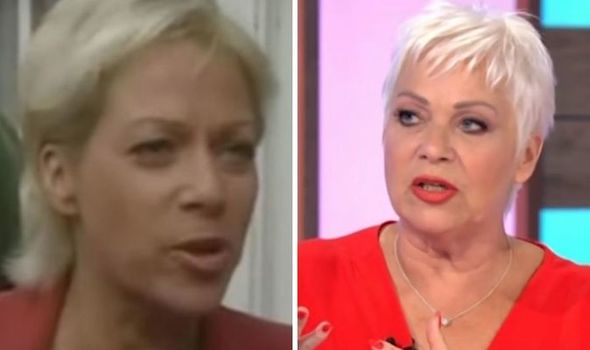 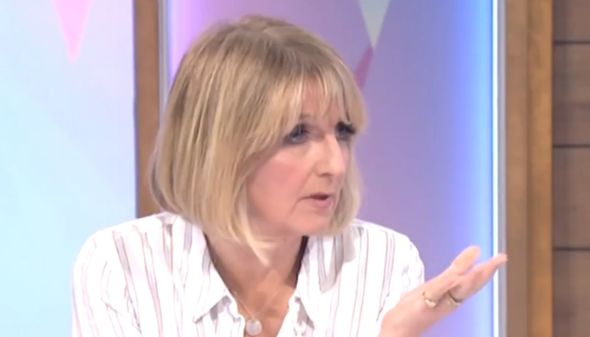 Denise hit back: “But, it’s not a warning it’s an explanation to younger people who may be shocked at the language that was used.

“Because Julie [Hesmondhalgh, who played Hayley Cropper] said when she eventually left, she felt it was time.

“Partly career-wise, of course, but also because she felt times had changed and moved on thankfully.”

The segment sparked mixed reactions from fans, although many agreed with Denise and said the old episodes don’t need to come with a warning. 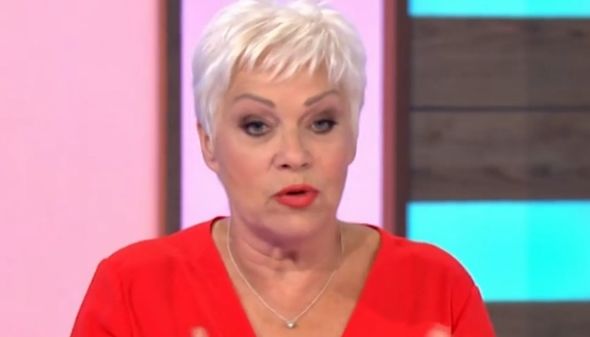 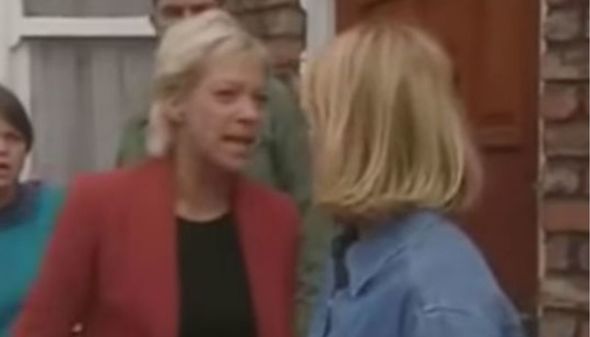 One viewer tweeted: “Really! A warning for old Corrie with its humour and great cast.

“Compared to programmes now where anything seems to be deemed suitable for viewing both before and after the watershed.” (sic)

Another quizzed: “Ffs what’s happening to the world who gets offended by old Corrie episodes?”

“Too many snowflakes these days,” a third penned as a fourth viewer asked: “What young people are going to watch old episodes of Corrie?”

A fifth person penned: “Should old Corrie episodes come with a warning? As a Trans person, each person is happy to share understanding so people don’t fear the unknown.

“Not so much a warning but explain the times that the programme was made were different.” (sic)

The discussion comes after it was reported that a number of 1990s sitcoms were hit with a language warning including the likes of Keeping Up Appearances and Dad’s Army.

The BBC sitcom was created and written by Roy Clarke and starred Patricia Routledge, who played social climber, Hyacinth Bucket and her husband, Richard (Clive Swift).

The series followed Hyacinth in her attempt to prove her social superiority and even though her surname was Bucket, she insisted it was pronounced Bouquet.

Despite the programme ending in 1995, fans are still able to binge-watch all five seasons on BritBox.

However, in May it was reported that the streaming service has issued a warning before its episodes.

The BBC also slapped a warning on the 1970s film, Dad’s Army.

In January, the BBC aired the 1971 classic and viewers were met with a warning about the language the film uses.

The warning read: “This film contains discriminatory language which some may find offensive.”