Earlier this week, James Martin joined the pair on This Morning to share his Christmas biscotti recipe. As he walked through the steps to make the Italian biscuit, he left Holly Willoughby red-faced after he made a rather racy remark about the method.

James was seen adding the fruit, nuts and egg to his biscotti mix as Holly and Phillip sampled pre-made treats.

“This is the bit that you have to do by hand,” James explained as he put his hand into the mixture and began to fold it together.

Holly exclaimed: “Why?” as she tucked into her piece of biscotti.

Looking unimpressed with the presenter, James hit back deadpan: “You want me to say it? You’re going to crush your nuts.” 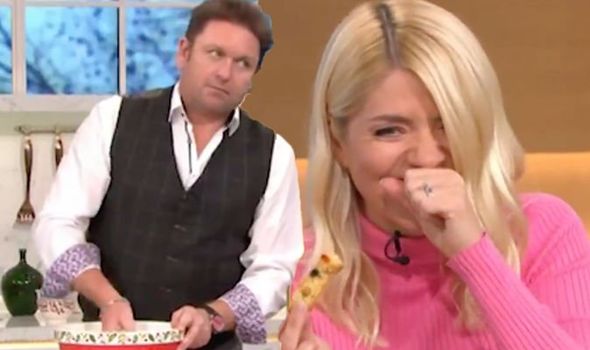 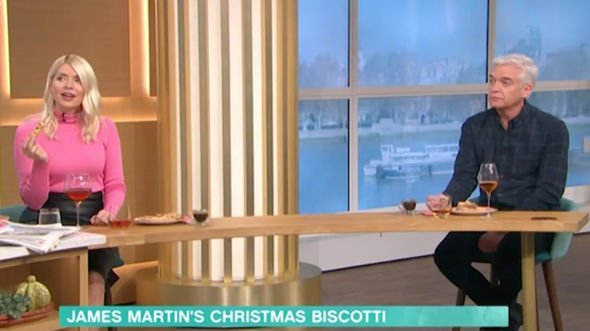 As the camera panned back to Holly, she burst out laughing while Phillip flashed a cheeky grin.

“Oh good,” Holly giggled as she struggled to regain her composure.

James told viewers: “See I knew that was going to happen that’s why I refrained from it and said just mix it together in a bowl.”

“I wasn’t expecting that,” Holly remarked as Phillip added: “Nobody wants that do they? 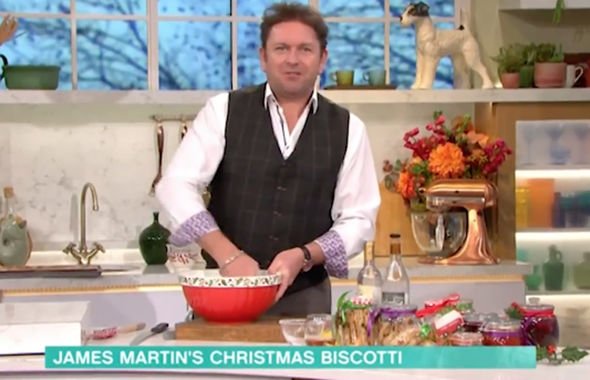 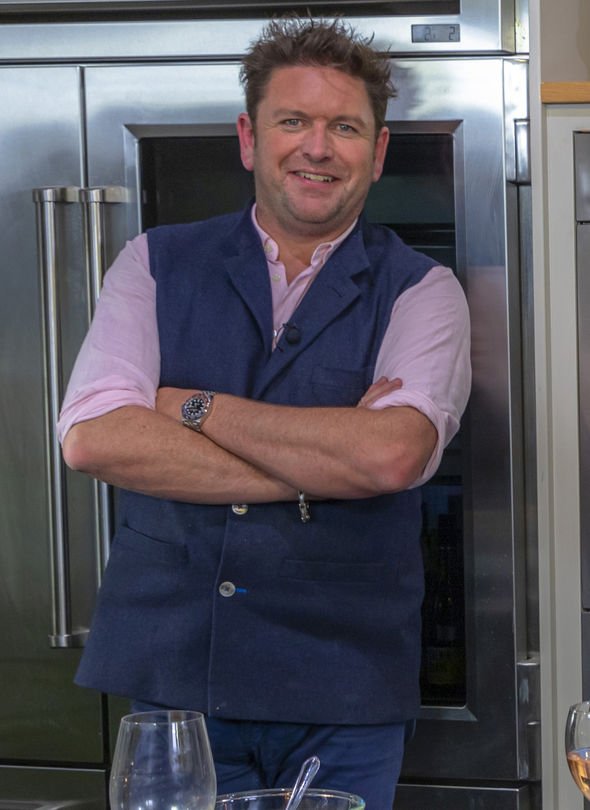 The chef’s zesty biscotti makes tasty treat at Christmas to with a coffee or tipple of alcohol, or given to a friend as a gift.

James’ recipe comes after it was revealed he would be presenting a Christmas Day cooking show.

He will be inviting a number of guests on the show as he prepares some festive classics.

He will also be serving up a dish with help from a British food hero before teaching viewers how to make a Christmas classic.

It will be a great end to the year for James who has been busy setting up his online market place.

He announced on his official Instagram page last month: “Team James account takeover! Saturday Scrolling!! Have you visited the James Martin Market yet?

James said of the venture: “[The team have] been so busy behind the scenes building a website shop that’ll enable you to get the produce – not only that we use here – chefs use all over the UK, delivered to your door.”