Peggy Holmes directs the film from a script by Kiel Murray 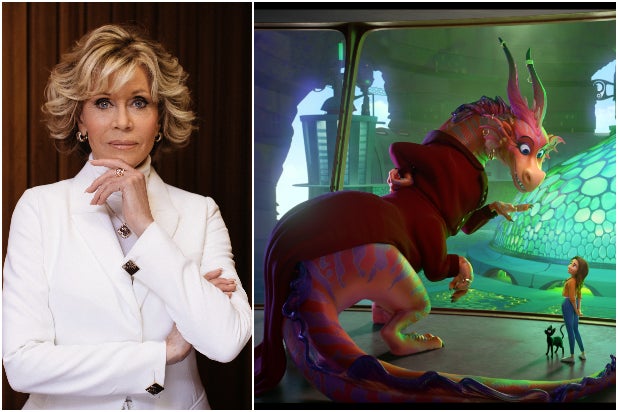 Jane Fonda will provide the lead voice in “Luck,” an animated feature film from Apple and Skydance Animation.

Apple on Wednesday closed a multiyear deal with Skydance to distribute its animated projects, including the films “Luck” and “Spellbound.” The company also gave a two-season order to the new show “The Search for WondLa.”

“Luck” is the story of an unlucky girl who, after stumbling upon the never-before-seen world of good and bad luck, must join together with magical creatures to uncover a force more powerful than even luck itself. Fonda will voice “The Dragon,” the exuberant CEO of the world of Good Luck and the luckiest ancient being in all the land. When bad luck starts to spin out of control in her world, she must face her fears or risk losing good luck forever.

Peggy Holmes (“Secret of the Wings”) is directing the film from a script by Kiel Murray (“Cars,” “Cars 3”).

Fonda currently stars in what is soon to be Netflix’s longest-running series, “Grace and Frankie,” which will return this year for its seventh and final season. Later this month, she’ll be honored with the 2021 Cecil B. DeMille Award at the Golden Globes. Fonda is a two-time Oscar winner for “Klute” and “Coming Home” and is also known for her roles in “The Morning After,” “On Golden Pond,” “Nine to Five,” “Youth,” “The China Syndrome” and “The Dollmaker.”

Fonda is represented by CAA and Untitled.