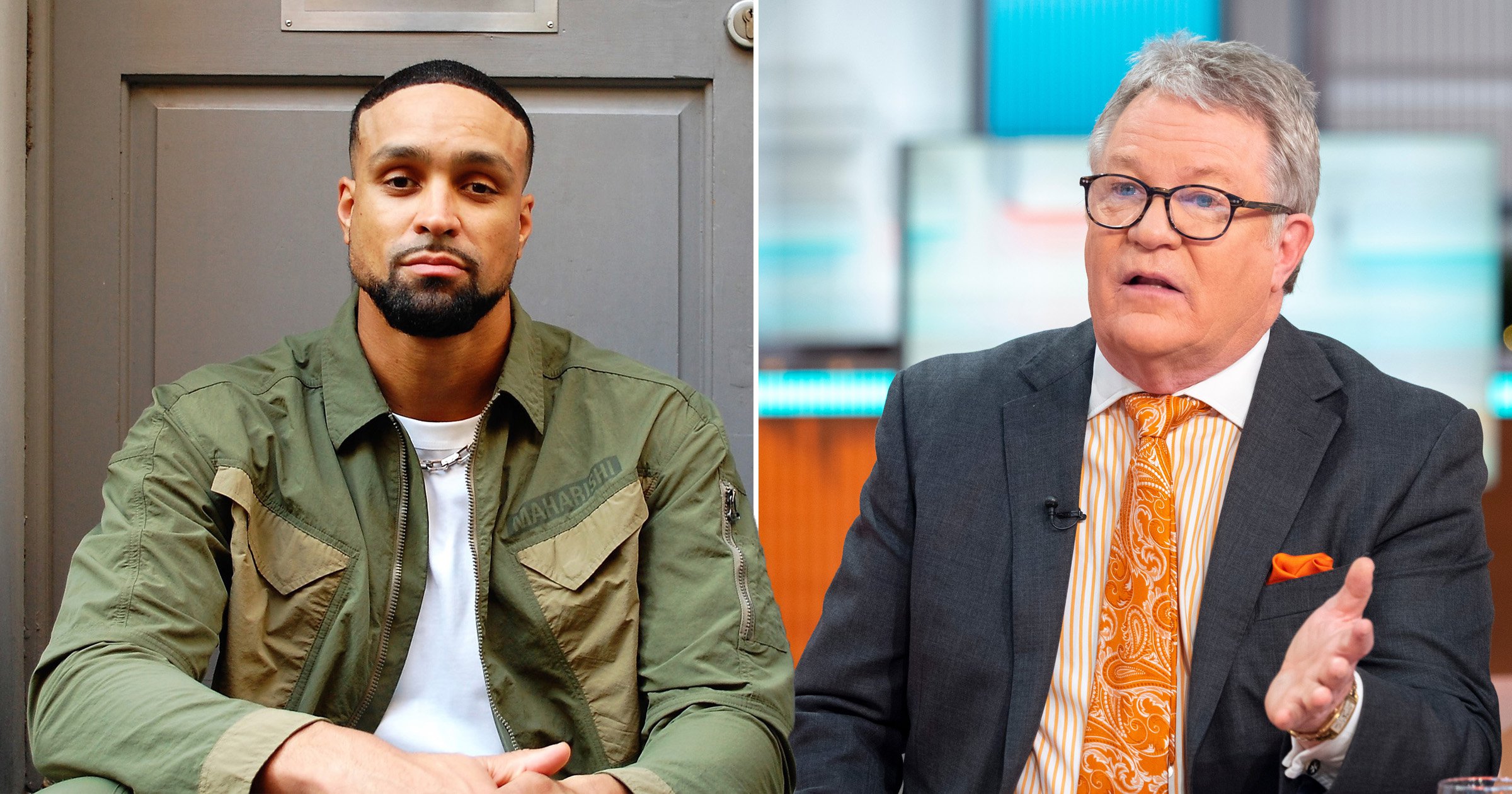 Jim Davidson stormed out during a discussion on race with Ashley Banjo, after criticising Diversity’s BLM routine.

The Britain’s Got Talent winners performed an emotive dance on the ITV series last year, which was inspired by the death of George Floyd in the US.

While many praised the performance, they were met with a huge wave of Ofcom complaints, with the comedian, 67, among those taking aim at the group in a shocking, explicit rant.

The performer, 33, invited Jim for a debate about race and his previous comments, and filmed the scenes for his ITV documentary Ashley Banjo: Britain in Black and White, which aired tonight.

However, things quickly took a tense turn as the Celebrity Big Brother star attempted to defend his words.

Discussing the clip, Ashley said: ‘As far as I’m concerned, that video you made… It was racist in every way, in every single way.

Jim insisted that race had nothing to do with his rant, and claimed that Diversity managed to ‘diffuse’ tensions around the topic with their dance.

‘You should know that I believe the outcome from that dance is more than your wildest dreams,’ he said of the performance.

‘People in this country who are frightened, old white people if you like, like me, are thinking there’s riots going on in Brixton, in south east London where I grew up, there’s stuff going on in America that’s very unsavoury, everyone’s frightened.

Explaining what his issue with the dance was, Jim said that it was ‘on a light entertainment show on a Saturday night’.

However, as they continued to clashed over his video, and the topic of race in general, he abruptly decided to leave the conversation, with Ashley attempting to stop him from walking out.

After being told to ‘stick to dancing’, the BGT star told the camera: ‘I am disappointed because it was an opportunity for us to sit and really engage in a discussion.

‘I wanted to have a chat, a constructive, even if not palatable chat about racism. And he’s telling me that I didn’t listen. I was listening, I just didn’t agree.’

Fans watching on from home were full of praise for the calm way Ashley handled the incident, and flocked to Twitter to share their views.

‘Wow. Ashley Banjo and Jim Davidson. Not many people would have a face off with Jim Davidson. I admire @AshleyBanjo for doing that #britaininblackandwhite,’ a follower wrote.

‘I’ve never watched someone on TV embarrass themselves the way Jim Davidson just did in that interview with Ashley Banjo,’ another agreed.

‘Never cared much for Ashley banjo, but seeing him school Jim Davidson with such ease made me shout YES ASHLEY Great job #AshleyBanjo,’ a viewer added.

Ashley Banjo: Britain in Black and White is available to stream on ITV Hub now.