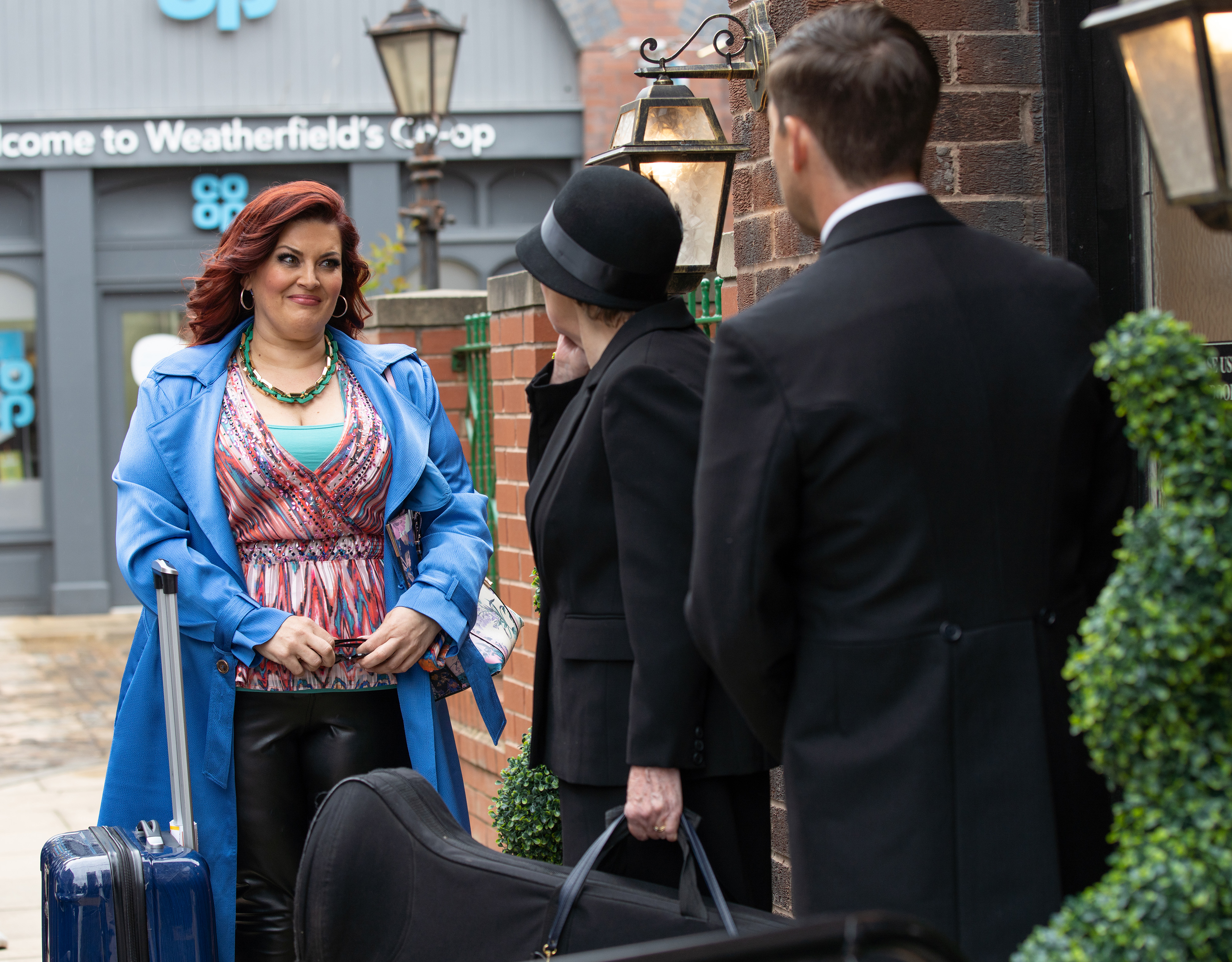 Sister to George (Tony Maudsley), Glenda is set to bring a lot of fun and laughter, with Jodie Prenger recently saying:

‘I know I sound like a soppy sod, but it’s been on my bucket list to be in Coronation Street since I was little. It’s an honour, it truly is a very special moment in my life. To be part of something my family and I have loved for so long. And what a character, oh I have to say, total dream part. I can’t wait for you all to meet fun and sassy Glenda, George Shuttleworth’s sister. I love Tony Maudsley already, what a fella! Your first day on the cobbles is one of the most nerve wrecking experiences you’ll go though and everyone was just so gloriously lovely, kind and welcoming.’

So, let’s get into Glenda’s first scenes.

We start the week with a bit of trouble for George, as he ends up cracking a tooth while eating Sean’s (Antony Cotton) very dry, overcooked roast pork.

George promises Eileen (Sue Cleaver) that he’ll see the dentist, but he needs to get Mr Pugh’s funeral out of the way first.

Ahead of the funeral, George tells Todd (Gareth Pierce) he’s taken some strong painkillers to help with the toothache, but Todd soon realises his boss is actually as high as a kite.

Trying to fix the chaotic situation, Todd shoves George into one of the funeral cars and listens in as Mrs Pugh gives him the third degree.

As Glenda, Todd and Sean celebrate how well the funeral went, George arrives and is thrilled to see his sister.

Glenda’s arrival is a positive one, just what will she get up to while in Weatherfield?