Johnny Depp discusses Pirates of the Caribbean in 2017

Earlier this week rumours hit that Johnny Depp had been offered a staggering amount of money by Disney to make a comeback to the Pirates of the Caribbean franchise. Unfortunately for fans, the star’s official representatives confirmed the reports were not true.

It might be just as well, considering Depp was involved in some seriously hard filming situations. One enormous stunt injured the actor so much that he was left struggling to walk for “months”.

The first Pirates of the Caribbean film, 2003’s The Curse of the Black Pearl, was a blockbuster smash hit. It earned a massive $654 million at the box office. And the film’s success prompted Disney to green-light the completion of the trilogy almost straight away.

But during the shooting for the second movie, Dead Man’s Chest, in 2005 across Palos Verdes, Saint Vincent and the Grenadines, Dominica and The Bahamas, some rough times were had.

The cast and crew were left to suffer the excessively hot climate of the locations, as well as the tropical storms which would roll through during filming. They were also tasked with filming on the water, on real-life ships, as well as on custom-built sets.

But it wasn’t until the rigging of the large moving wheel that Depp began to truly suffer. 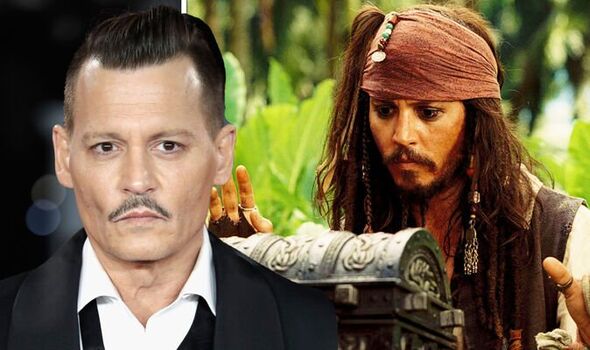 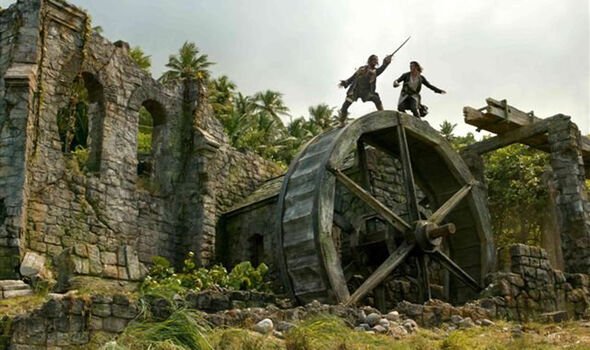 This incredible set-piece scene was actually real, in that the actors were both duelling on top of the spinning apparatus, and were sitting within it while it was rolling.

Depp revealed, however, during an interview to promote the movie, that he suffered a life-changing injury.

He said: “When they strapped me into the wheel – for however long it was – I was in it for hours and hours. And I lost feeling in the upper half of my left foot for about four or five months.” 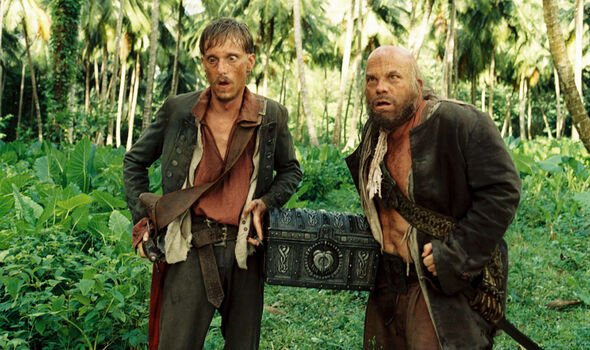 Johnny Depp performs on stage in Glasgow after trial win

Depp revealed that the horrifying injury was quite difficult to live with. However, he didn’t have any pain in his foot.

He continued: “The nerves had been damaged, or whatever. So I had no feeling … you could stick a pin in it and I wouldn’t have felt it.”

Despite how serious this injury seemed, the star did laugh about it during his interview with Ron’s World.

And, as he said, the feeling was only gone for about “four or five months” – so he eventually regained composure in his toes.

This wasn’t the only issue Depp and the rest of the crew dealt with during the film’s shoot.

The cast and crew of the Pirates of the Caribbean movie were subjected to extreme weather conditions. But one occasion was catastrophic.

The Caribbean storm rocked everyone involved in the film, so much so that they were left shivering while they had to repair any damage that was done to the film’s sets and ships.

After that, Depp decided to make a change. He spent thousands of dollars of his own money to buy thick winter coats for everyone working on the film.

He was going to ensure that nobody working on his movie would be cold or uncomfortable during these unpredictable storms.

It is this kind of kindness that has prompted Depp’s fans to call for the star to return to the Disney series.

In fact, Depp fans have even started an online petition demanding Disney bring him back. The petition on Change.org has had over 875,000 signatures from all over the world.

But he may not be keen to return. Especially considering his recent court battle against his ex-wife, Amber Heard, had him discussing a comeback.

During the court case, he confirmed he would “not” come back for $300 million and “one million alpacas”.

The Pirates of the Caribbean films are available to stream on Disney Plus now.