“Dateline NBC” correspondent Keith Morrison has a new vessel for that deep, rich voice that can lay the track for an emotional roller coaster in just a sentence.

Morrison, known for creating suspense with his mastery of inflection, pauses, and drawing out words in a manner that keeps viewers of NBC’s newsmagazine (Fridays, 9 EDT/PDT) on edge, is partnering with “Dateline” for a third podcast. “Killer Role” follows the popular 2019 pod “The Thing About Pam” and “Mommy Doomsday,” which premiered in February.

The new six-part podcast, which explores a case Morrison has investigated for years: An actress, who’d adopted Wyn Reed as her stage name, lands the leading role of a murderer in a horror film. But is it an instance of art imitating life, as Reed is charged with her uncle’s death? 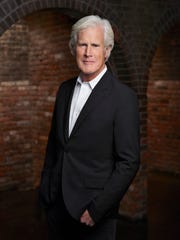 Morrison says that while he initially judged the case to be “like just one of the stories ‘Dateline’ often does,” it’s “turned into a intro truly epic tale,” reminding him of a smash-hit HBO drama you might’ve heard of.

“It’s about mothers and daughters and the complicated relationships and relativism, uncles,” he says. “To draw too long a bow, as they say, it’s a little bit like ‘Game of Thrones’ on a teeny, tiny scale, but (with) all of the same issues involved, all of the same jealousies and uncertainties and difficulties.”

Ahead of the April 13 premiere of “Killer Role,” Morrison, 73, answers our burning questions about his work, being a “sex symbol” and if retirement is on his mind. (Condensed and edited for clarity.)

NBC’s ‘Dateline’ on a podcast roll

Question: Podcasting naturally highlights your voice. When did you know it was special or different?

Keith Morrison: There’s nothing special. I just (lowering his voice) talk funny. The older you get, your voice tends to get a little more rounded or mellow. I have been in this business a very long time, and I have listened to tapes when I was doing items for “Nightly News” or for Canadian television, many years ago, and I sound like I’m trying to do an imitation of Walter Cronkite or something. Voice is much more clipped, and it’s up … the timbre’s all different.

Q: How do you prepare for interviews?

Morrison: It’s an extraordinary bunch at “Dateline,” and so we collaborate on what we’re going to do and how we’re going to do it, and I’ve always got lots of material I can use before I head into one of these things. And then probably still blow it anyway half the time, but I do what I can. 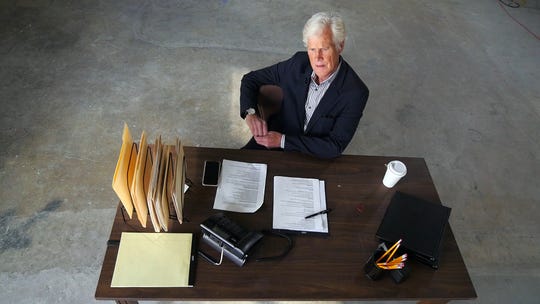 Q: I’ve read that you have moments of doubt while preparing your stories. What brings them on?

Morrison: From the very beginning, I felt like there was something obviously that needed to be done here, but something that could be also very invasive… when you’re doing a story about the worst thing that’s ever happened to a family, to a mother, to a brother or sister, anybody, and you’ve got them sitting across from you, and there are cameras pointed at them everywhere, and you know in your head you’re going to be asking them some very personal questions, which they probably wouldn’t tell even a friend, and you’re gonna put it on television. You have to be aware that that is a little invasive.

Q: “Dateline” has found a following among true-crime fans and celebrities, and some consider the “Dateline” crew rock stars. One headline calls you and the team “true-crime sex symbols.” Do you feel like a sex symbol?

Morrison: Yeah, I mean how can you think otherwise, right? (Laughs.) … No, I do not, and I don’t think any of us do, but we have had – and I hope we continue to have – a pretty good run, and people have been good to us, because I think we try our best to tell stories accurately and well, I hope. That’s always the effort. 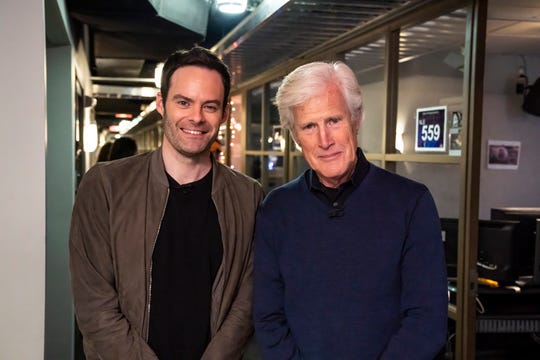 Bill Hader, who admires and has impersonated Keith Morrison on "Saturday Night Live," meets the journalist in 2019. (Photo: Mike Smith/TODAY)

Q:In addition to good storytelling, do you have any other hunch as to what the show’s appeal is, what your appeal is?

Morrison: The one thing that you know when you’re watching a true-crime story is that you’re able to see those sort of outline behaviors people get involved in and you’re able to see, hopefully, how the wrongs are righted or how the bad people get caught and put away. The notion of justice, injustice corrected by something that creates a balance of justice, seems to be so central to the human experience and especially so in a time as complex and uncertain as the one we’re in.

Q: Is retirement on your mind at all?

Morrison: It’s an amazing and wonderful thing that they let me keep doing it, and when they tell me to stop, I will. But you don’t want them to have to push you out the door and close it behind you.

Netflix’s ‘Vanishing at the Cecil Hotel’ true-crime docuseries: Why you won’t want to check out