KERRY Katona has hit back at cruel trolls who have accused her of faking her car theft days before it was due to be raffled off. 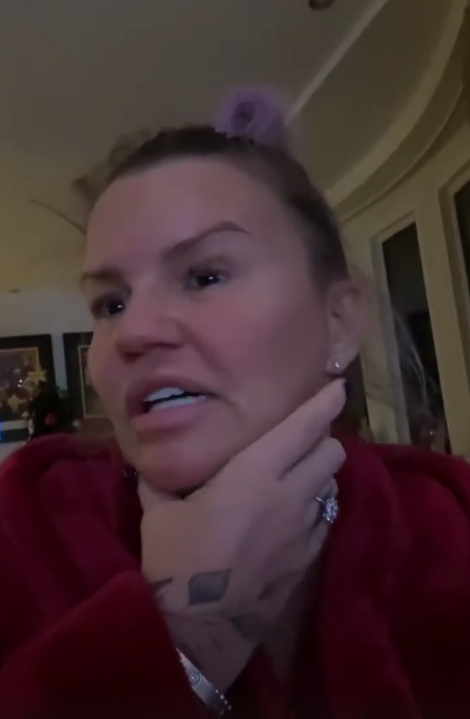 Kerry and her daughters Heidi and DJ were left traumatised as they helplessly watched crooks drive off in expensive car packed full of Christmas presents.

Speaking on Instagram, an emotional Kerry said: "To everybody with regards to the raffle, I'm really devastated about that. I've not heard back off the police yet. I was on the phone constantly to them yesterday.

"I don't know what's going to happen. I'm absolutely gutted, I really wanted to help change someone's life. Hopefully we'll get it back."

Describing the incident as "triggering", Kerry said her car key fob was in her pocket when the theft took place and was told by police that hacks are becoming increasingly common.

Reflecting on the abuse she's received, Kerry said: "In this day and age with the hashtag be kind, I still can't believe some of the nasty comments people go around saying.

"I mean it's a reflection on them as a person. It's just really sad. I'm glad I'm strong enough to handle it."

Kerry's raffle tickets were priced at £30 each, with more than 700 sold.

One cruel commenter said: "When you drive an ostentatious vehicle plastered with your name on the number plate, what do you expect…"

Another posted: "That’s handy after the raffle 😂."

While a third wrote: "Seems strange it's stolen when it's being raffles, let's hope everyone get there money back."

However, many of her supporters rallied around her and criticised those making unfounded accusations.

One said: "It’s just a car and it’s just money, you and the kids are safe, ignore the haters😊."

In a live Instagram video Kerry revealed she chased after the thieves as they drove away.

She said: "I chased them, good job I didn't get them – they could've had a knife or anything.

"I feel violated. The kids are really shook up."

Sharing a picture of the vehicle on Instagram, Kerry said: "MY CAR HAS BEEN STOLEN⚠️ PLEASE SHARE!!

"PLEASE CALL POLICE IF YOU SEE IT." 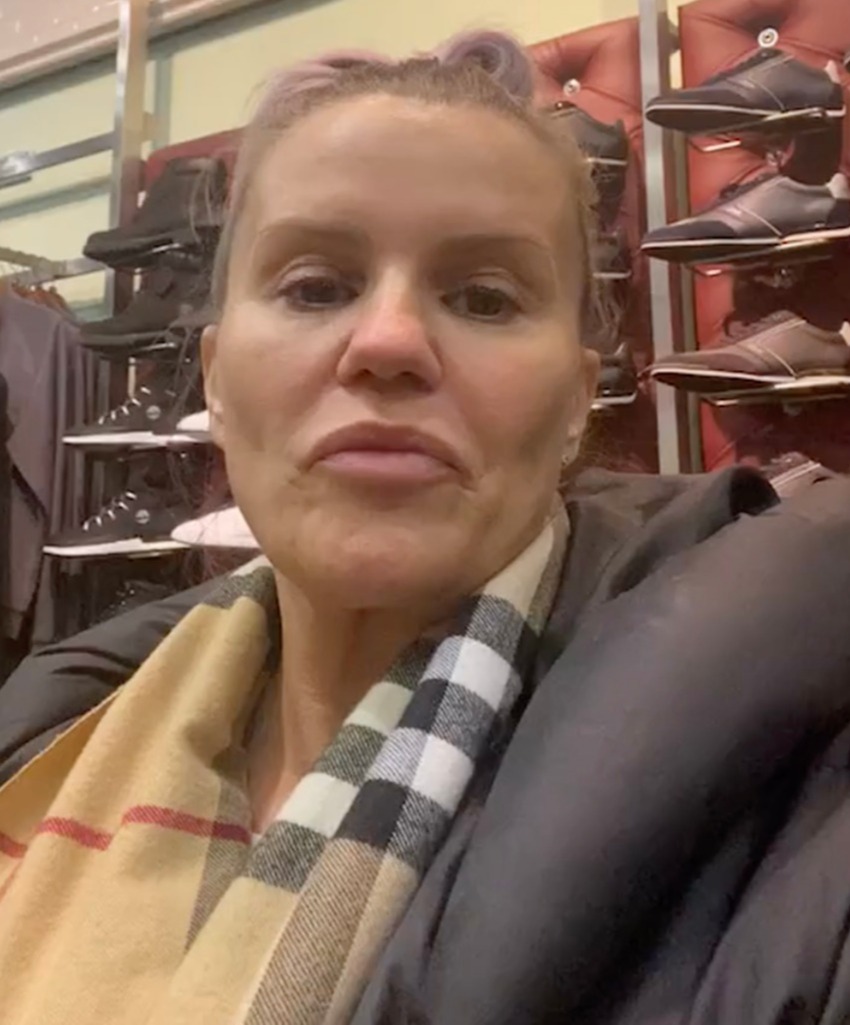 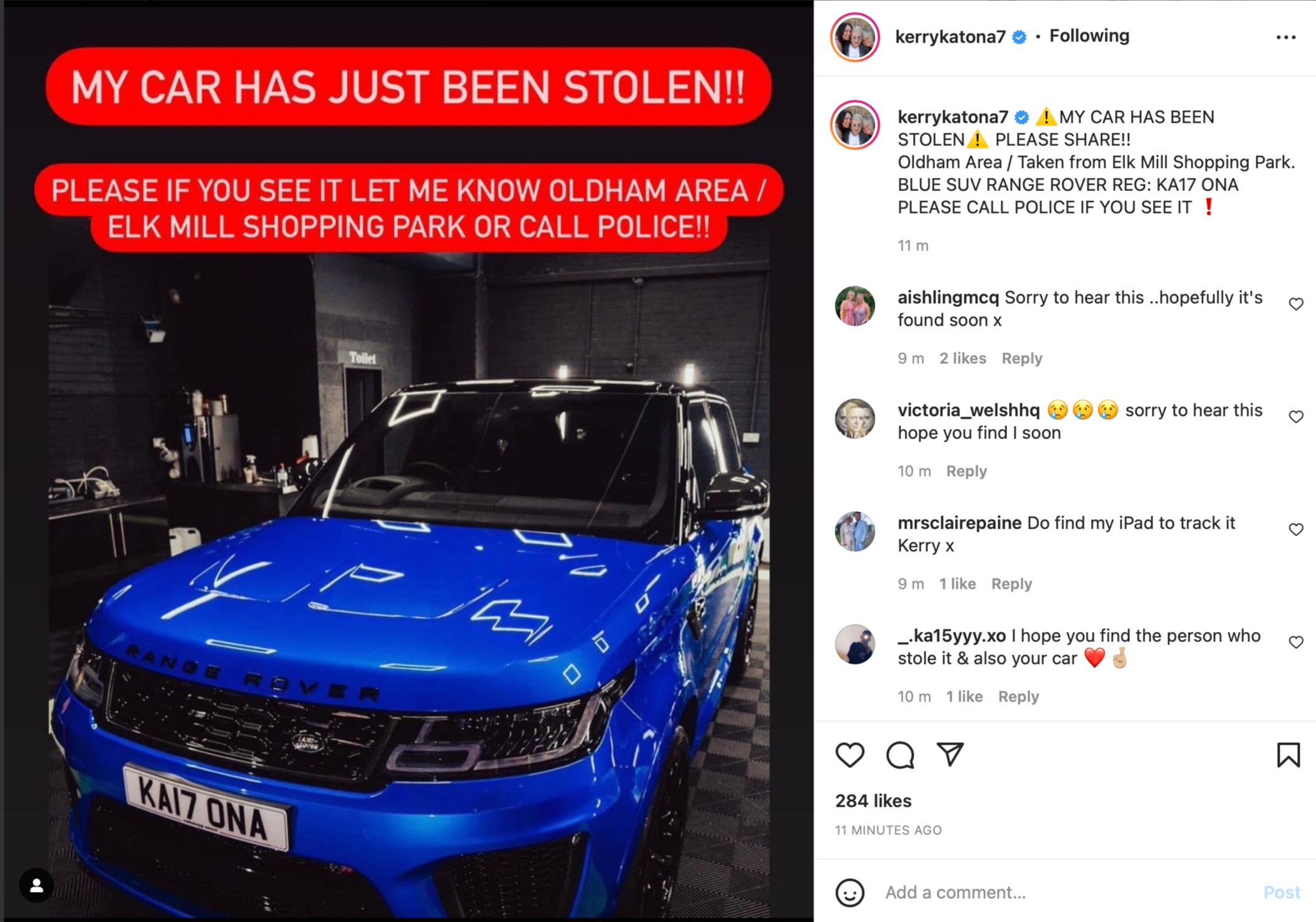